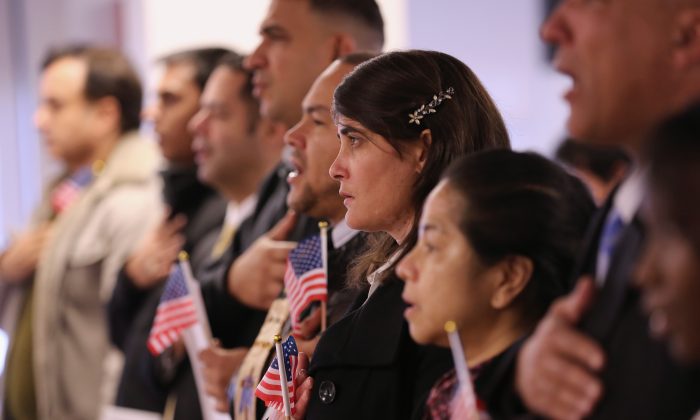 It’s so easy in a presidential election year to forget that our system is not about a single person. This year especially, when the dynamics of the presidential contest have dominated news coverage so thoroughly that even the Senate and House races have largely disappeared from view, the crucial role that citizens play—apart from serving as voters in the presidential drama—isn’t even an afterthought.

Yet effective citizenship is the base on which our representative democracy rests. Our vitality as a country depends on the involvement of millions of people in their neighborhoods and communities, in interest groups and civic organizations, in groups agitating for change, and groups defending the status quo.

For representative democracy to work, we must all have the skills and temperament to address problems.

So just what constitutes effective citizenship? I believe it’s made up of several elements.

First, a confident belief that change is possible—that the country can indeed make progress over time thanks to the efforts both of ordinary people and of political leaders. In his recent speech at Howard University, President Obama noted that by almost every measure, the country has moved forward over the last three decades. The poverty rate is down, as are the rates for crime and for teenage pregnancy. More Americans are getting college degrees, more women are working and earning more money, many cities are far healthier than they were in the 1980s.

Yes, we’ve got miles to go on many fronts, but on the whole, I’ll take where we stand today over where we stood in the 1980s. Our system is working better for more people than it did then.

The people who helped make this happen understood two things: that progress was possible and that it required their efforts. This might seem too obvious even to say, but those who were most effective had an impact because they had the skills to make a difference.

I’m talking here about the fundamental ability we should all have as citizens to solve problems in a representative democracy that’s filled with people who have different beliefs, perspectives, and experiences. This means knowing how to work together with all kinds of people, being able to find common ground, being forthright about aims and methods, forging connections to key officials and other players who can help advance a cause, building consensus, and communicating ideas effectively.

I use the word “skills,” but in the end, good citizenship is as much about temperament as it is about ability. Mutual respect, tolerance, empathy, civility, humility, honesty, resolve—these are the simple virtues that our nation depends on in its citizens, not because they’re nice to see, but because in a vibrant and diverse democracy they’re crucial for making progress.

So is a willingness to step up to challenges. The people who make a difference in our system are the ones who not only identify a problem, but then plunge into fixing it.

I frequently hear from people who are exasperated by the obstacles they have to overcome in order to make a difference: fellow citizens who are ignorant of the system, politicians who are too obtuse or self-interested to see the light, incompetence in the bureaucracy, officials protecting turf … But here’s the thing: Those obstacles will always be there. You just have to keep plugging away at overcoming them, whether by casting an informed ballot, sitting down with—or protesting against—political leaders, or finding the myriad ways you can improve the quality of life for your neighbors and fellow Americans.

The people who make a difference are the ones who not only identify a problem, but then plunge into fixing it.

You may already have picked up on the final quality that makes for effective citizenship, and it’s a tough one. For the most part, we’re not going to solve our challenges in a single generation. So we have to educate our children and those who come after us in the same skill sets I’ve been talking about.

That’s because, as I said at the start, our representative democracy is not all about the presidency. We—you, me, and our fellow citizens—are responsible for the future of our neighborhoods and our nation. Unless we all shoulder the obligation to learn the skills we need to shepherd it into the future, and then teach those skills to others, our country and our system will struggle.