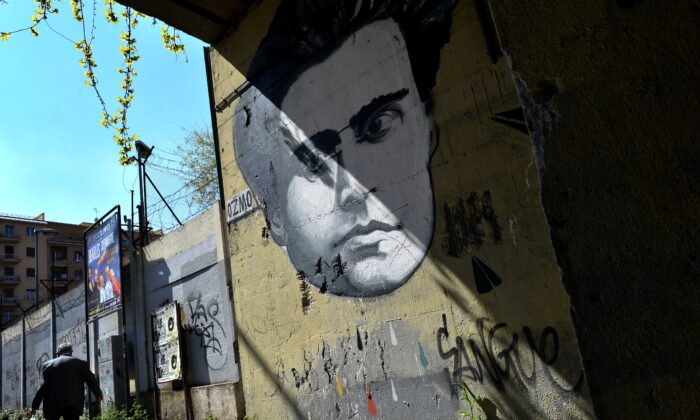 What Is Political Correctness?

What is political correctness?

Long before political correctness entered the public lexicon, George Orwell noted that in a time of deceit, telling the truth is a revolutionary act. Or as Voltaire wisely put it, “To learn who rules over you, find out whom you are not allowed to criticize.”

More recently, conservative political theorist Angelo Codevilla noted that “The point of Political Correctness is not and has never been merely about any of the items that it imposes, but about the imposition itself.”

Political Correctness has everything to do with hindering freedom of speech–and, ultimately, freedom of thought.

Political Correctness is about preventing unification on the basis of shared values and culture. It’s really about political goals.

William Safire first wrote of the phrase Politically Correct in a 1991 column in The New York Times. He noted that “the origin is in correct thinking” and stemmed from a 1963 writing by Chairman Mao Zedong, “Where Do Correct Ideas Come From?”

“They come from social practice, and from it alone.”

Communists supposedly used the phrase “Correct Thinking” in the 1920s as a means to force members to hold the Party’s ideological line.

Codevilla reminded us what the words themselves imply.

“Truth has morphed from the reflection of objective reality to whatever has normative pull—i.e., to what furthers the ruling class’s (Democrats’) agenda, whatever that might be at any given time. That is the meaning of the term political correctness, as opposed to factual correctness.”

Political Correctness is the forceful application of whatever belief furthers a political agenda. It is, quite literally, the words themselves. There is no search for factual correctness—there’s only the search for what achieves the goal. In this way, truth has been pulled from itself and is no longer a vehicle for honest discourse. It’s a vehicle for control.

Think on this statement regarding Social Justice from Dr. Jordan Peterson:

“The social justice people are always on the side of compassion and ‘victim’s rights,’ so objecting to anything they do makes you instantly a perpetrator. The thing is, if you replace compassion with resentment, then you understand the authoritarian left. There is resentment, fundamentally.”

Political Correctness, through its inherent self-righteousness, is ultimately a resentment of—and a war on—our institutions.

Peterson defines Social Justice warriors as “the ones who weaponize compassion.” He continues, “There’s nothing about the PC authoritarian types that has any gratitude for any institutions. They have a term–patriarchy. It’s all-encompassing. It means that everything our society is, is corrupt.”

Codevilla notes that there are two levels to Political Correctness.

“On the retail level, it is about the American’s ruling class’s felt need to squeeze the last drops of voter participation out of the Democratic Party’s habitual constituencies. On the wholesale level, it is a war on civilization waged to indulge identity politics.”

Or as noted by Rudy Dutschke, the radical leader of the German leftist movement of the 1960s, it’s about change, “a long march through the institutions.” A slow transformation from within.

Antonio Gramsci created the Theory of Cultural Hegemony–the way in which nations use cultural institutions to maintain power in capitalist societies. Hegemony, Gramsci believed, was created through society’s institutions–the family, church, schools, economy, universities, and government. These institutions were the bonds that cemented the ruled to the rulers.

In Gramsci’s view, the governing class, in order to succeed and maintain power and the status quo, must persuade those being governed to accept and even embrace the social, moral, and political values held by the governing class. In order to break these bonds, the entire value systems of societal institutions must be overturned—social norms and beliefs must be changed.

The Frankfurt School—which fled Germany when Hitler rose to power—took Gramsci’s teachings and applied them to American society. The goal of the Frankfurt School was to move America gradually to the left using the precepts of Gramsci’s Counter-hegemony and the practice of Critical Theory–a social theory of critiquing and changing society as a whole.

Theodor Adorno, one of the Frankfurt School’s leaders, took this theory and reshaped it. To Adorno, capitalism had transcended mere organizing principles and had instead transformed society and culture into the very mechanisms by which order–and capitalism–was maintained. Institutions and culture now created capitalism.

Adorno felt that what had once been separate and distinct aspects–culture, politics, and the economic market–were now merging to maintain the whole. Culture was no longer a byproduct or a coincident part of capitalism. Culture perpetuated capitalism. This led Adorno to view the nature of modern culture as the enabler of a capitalist society–and a belief that modern culture must be overthrown for humanity to achieve its full potential.

Herbert Marcuse, another prominent member of the Frankfurt School, created the philosophy of the “Great Refusal” or, in other words, “the protest against that which is.” Marcuse became known as the guru of the student movements in the 1960s and it was Marcuse who coined the phrase “Make love, not war.”

Marcuse also embraced the idea of feminism–he saw in it the potential for radical social change. The process of rethinking femininity and masculinity–gender identity–could lead to a replacement of masculine traits with feminine ones. Marcuse recognized in feminism the effect that could be had on the traditional family.

So consider our backdrop. Gramsci promoted an overturn of societal institutions, values, and morals as a means to promote change–to promote Cultural Marxism. The Frankfurt School took Gramsci’s ideas and began the process of implementing them–introducing them into American society. The theory of Critical Thinking was employed to launch criticisms and attacks on every traditional social institution–oriented toward critiquing and changing society as a whole. Adorno focused this view and narrowed in on culture as the primary factor in perpetuating capitalism.

The goal of the Frankfurt School and its members has always been unified with respect to the overturning of American societal values and institutions. As Georg Lukacs, one of the original founders of the Frankfurt school, stated, “Such a worldwide overturning of values cannot take place without the annihilation of the old values and the creation of new ones by the revolutionaries.”

The tool being employed to overturn these values is Political Correctness.

Political Correctness is used to apply labels, and once these labels are accepted, a new “rational consensus” has been formed.

If one speaks against this new “rational consensus,” that individual violates the precept and their argument is invalidated and they are classified as something outside–Alt-right, racist, even a Nazi or fascist. Henceforth, any further arguments are subject to outright dismissal. It isn’t one argument that has been refuted–it’s all arguments.

And so more faults are found, more core beliefs are challenged. If one cherished institution is flawed, they all must be.

Raehn summed up Political Correctness in this fashion:

Political Correctness wants to destroy institutions but build up groups. It claims to free the individual but destroys the individual in group collective thought–and ultimately destroys the groups themselves. It strives to create mental homogeneity–same thinking. These hypocrisies and conflicting ideals aren’t the result of flawed logic, they are the results of political goals superseding and overriding logic. Political Correctness is just politically desired outcomes from politically desired thinking.