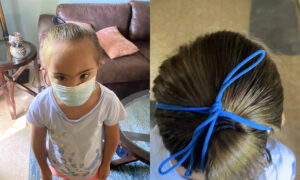 A stock photo of a Walmart sign. (Damian Dovarganes/AP Photo)
US

Memorial Day is this Monday. Stores like Walmart, Target, Best Buy, Kroger, Publix, and many others are open.

However, Costco is CLOSED.

National Parks should mostly be open, but one may need to check with individual sites.

Walmart, Target, Macy’s, JC Penney, Best Buy, Home Depot, and more are expected to have some kind of deal or sale. They should be open with normal hours, but like any holiday, check ahead of time.

The DMV is closed.

Most state and local municipal offices are closed.

The post office are closed, and mail service is suspended for the holiday.

And the U.S. stock market is closed.

If your bank isn’t on the list, you should call ahead of time to determine if it’s open.

For mail, the only services available are FedEx Custom Critical deliveries and UPS Holiday and Express Critical service.

Mail and package delivery will start up again on Tuesday, May 31 for the USPS, UPS, and FedEx.

Here’s some history on Memorial Day, per PBS:

“Originally called Decoration Day, from the early tradition of decorating graves with flowers, wreaths and flags, Memorial Day is a day for remembrance of those who have died in service to our country. It was first widely observed on May 30, 1868 to commemorate the sacrifices of Civil War soldiers, by proclamation of Gen. John A. Logan of the Grand Army of the Republic, an organization of former Union sailors and soldiers.

During that first national celebration, former Union Gen. and sitting Ohio Congressman James Garfield made a speech at Arlington National Cemetery, after which 5,000 participants helped to decorate the graves of the more than 20,000 Union and Confederate soldiers who were buried there.

“We do not know one promise these men made, one pledge they gave, one word they spoke; but we do know they summed up and perfected, by one supreme act, the highest virtues of men and citizens. For love of country they accepted death, and thus resolved all doubts, and made immortal their patriotism and their virtue.”