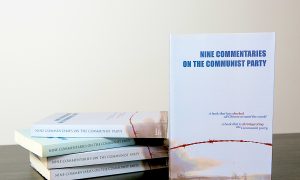 It's Not Enough to Be Pro-Freedom; We Must Also Be Actively Anti-Communist
0
Share Now
TelegramFacebookTweetEmailTellMeWeReddit
Copy Link 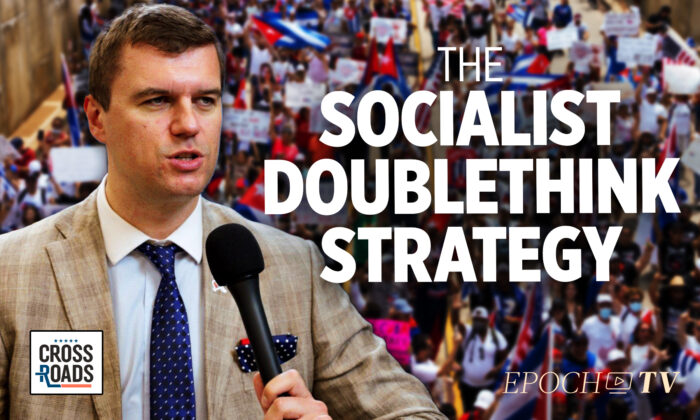 Epoch TV’s “Crossroads” host, Joshua Philipp, interviewed Zilvinas Silenas, President of the Foundation for Economic Education, on the recent anti-communist protests happening in Cuba and the larger issue of what socialism is and how to talk to well meaning Americans who identify with socialist ideologies today.

Philipp asks Silenas for a summary of what is currently happening in Cuba and why. “Cubans will tell you it’s anti-communist,” Silenas explains, while citing that many in the United States are saying it’s strictly over COVID or certain trade policies. When asked if socialist ideologies create a tendency to overlook injustices that don’t support their narratives, Silenas agreed. “Socialists are always inconsistent.” He goes on to explain that this hypocritical tendency is a common thread among socialist thinkers, citing his background growing up in Lithuania under socialism in the 80s, and this same pattern, going all the way back to 1939, where many western intellectuals, although very smart people in their area, failed to see through the propaganda of their time.

“To what extent do the narratives actually reflect what they believe in? Do they not actually care about that or is it about something else?” Philipp asks. “That’s a difficult question to answer because you are asking to get into the mind of another person,” says Silenas, going on to break down that there are likely three groups of people. First, people who believe what they say, that socialism is good and is really the best thing for the world. Secondly, people who will use anything bad that is happening in America to justify socialism, and third, people who do not know. “The world is a difficult place and when something bad happens where there are multiple factors behind it, it can be difficult to understand,” says Silenas. “I think the best thing that all of us can do, and you know the best thing that the media and social media can do is just provide the facts and let people make up their minds. Unfortunately I think in many cases we have very few facts and a lot of opinions. Once again, nothing wrong, but opinions should be opinions and facts should be facts, and let’s not pass opinions as facts and vice versa.”

Philipp and Silenas break down what is real communism and socialism, and whether the present day examples are an accurate representation of these ideologies. “A lot of times people say this isn’t real communism. They talk about the Soviet Union, Cuba, etc. and say this isn’t real communism—that’s national socialism or state socialism—and come up with all kinds of names for it. Or, they say you’re criticizing communism, not socialism. How do you view that?” Philipp asks. Silenas says that his counter question is, ‘what is real communism or what is real socialism?’ “The game obviously that is being played here is that whenever things turn bad, the socialists say ‘well that wasn’t real socialism.’ I guess the counter point would be, well show me a country where it really worked, show me a country that was real socialism, and if no country really was socialist, then maybe socialism is just a theoretical construct.”

Philipp and Silenas also break down the idea that the Nordic model in Scandanavian countries that so many socialists like to cite as a success is not actually socialism. “Yes, some of their taxes are higher; the government sector is somewhat larger; but at the same time, they have things like school choice, in terms of competitiveness; they have very high competitiveness, many of them have very interesting sort of laws that enable them to be competitive; so once again, any way you cut it, from the Danes themselves, from any objective indicators, Denmark, Scandanavian countries, they are not socialists.”

The episode goes on to detail these elements and how they actually fare under socialist political systems, from the poor environmental performance under the Soviet Union, to the issue of justice, saying that justice was a mockery under the Soviet Union. “What is right and what is wrong, what is truth and what is lies, is defined by the party and the politicians, not by independent courts.” Citing the issue of equality, Silenas goes on to talk of his experience living under socialism, and how he did not see any equality in areas of freedoms, money, and even housing. “Sure there were many poor people, but at the same time, there were connected people, there were rich people, all of them were connected to the Communist Party.”

When asked if people can learn from past socialism and perfect the system, Silenas responds, “How many times do we need to fail until we see that this doesn’t work? Soviet Union was a failure. China tried to emulate it, failure, millions of people died. Cambodia, failure.” The episode goes on to dive into the number of people who died as a result of socialist systems, making the case that anytime in regimes and political systems throughout history where people died as an intentional result, history reveals socialism.

Philipp touches on the current political climate of our day, with big tech and the government now talking about reporting friends and families for extremism. They dive into the question of whether there is a similarity between what happened in the past and what is happening currently. Silenas concludes that there is a similarity in the method, although he clarifies that getting banned from social media is nothing compared to getting sent to Syberia for 30 years. However, Silenas admits that the tone and the intention is what is eerily reminiscent. “It’s the same idea that people are not smart enough to determine what kind of information is correct. People are not smart and they can be manipulated. That is a very dangerous notion, and that part does look like totalitarian regimes.”

Among other issues, such as trade between capitalist and socialist countries, Philipp ends the interview by asking if this issue of socialism and historical examples are outdated and even worth talking about. To this, Silenas replies, “The most powerful thing in this world, and what rules this world, is not money, and it’s not power, it’s ideas. And if you have wrong ideas, and if you believe some horrible things, horrible things will happen. Power, money, politicians, they just sort of follow ideas.” His recommendation for those who are truly interested in the future and really want to make a better world, is to really study the ideas and learn what socialism is about and what capitalism is about. “Read about it and read the world track record, learn, and then make up your mind, because ideas are the most important thing in this world.”