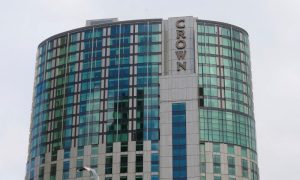 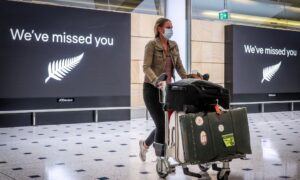 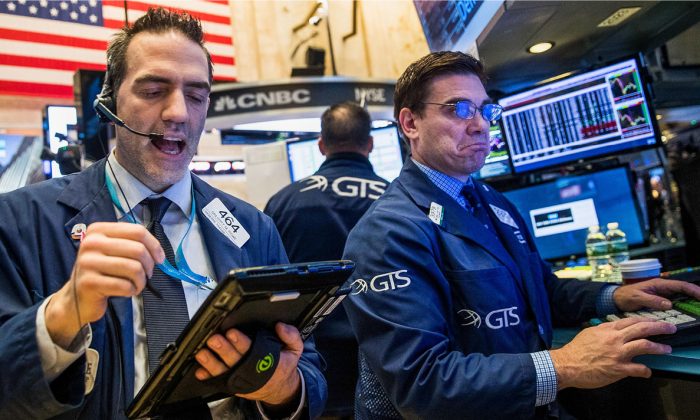 Traders on the floor of the New York Stock Exchange on April 7. (DREW ANGERER/GETTY IMAGES)
Business

Why Stocks Keep On Rallying

Stocks have been going up since 2009. What's driving this, and how long can the bulls keep on running?
By Valentin Schmid
Print

In normal conditions, stock market functions are a barometer for the economy. Good earnings and economic activity drive stocks higher. Valuations are another factor: Are stocks cheap in terms of their earnings, and are they paying a high dividend yield?

This stock market is different: Earnings have been falling, until the most recent earnings season; the economy has been lukewarm, though not terrible; and different valuation metrics are at the previous bubble peaks of 1929 and 1999. Currently, the S&P 500 pays less in dividends (1.9 percent) than the 10-year Treasury note does in interest (2.2 percent).

All these fundamentals have been begging for a bear market in stocks for several years now, but it has never come. In fact, the S&P 500 just made a new record high of 2,445 on June 9 and is up 8.62 percent for the year and 84 percent over the last five years—not a shabby performance. Not even political gridlock, the risk of war, and Federal Reserve (Fed) interest rate hikes can shake the market this year.

So why aren’t stocks correcting? It turns out there are a few good reasons as to why stocks have rallied for so long.

By far the biggest reason for the prolonged rally, in spite of lukewarm GDP growth and sky-high valuations, is continuing money-printing by not just the Fed but by all global central banks.

Although most central banks do not buy stocks directly, they buy bonds, which in turn affects the stock market.

“The stock market is very expensive but doesn’t go down, because the bond market is even more expensive. Valuations are very high because bond yields are low. That’s the effect of central banks printing $200 billion per month in a period where there is no crisis,” said economist and author Daniel LaCalle.

According to research by Bank of America, global central banks have bought $1.5 trillion in assets in 2017 alone. Although the Fed has stopped asset purchases and even raised interest rates, the Bank of Japan and the European Central Bank have picked up the slack.

When central banks create electronic reserves to buy mostly sovereign bonds, it takes risk out of the market, and people have to go elsewhere.

“When you take a lot of assets out of the market, you force investors to buy something else. This has mostly impacted equities and real estate,” said Christopher Whalen, author and publisher of The Institutional Risk Analyst.

Some central banks, however, also buy stocks outright, like the Bank of Japan or the Swiss National Bank.

“The central banks are buying stocks to promote their policies. It has nothing to do with the economy and valuations. They are doing it because they have to,” said Jeff Snider, chief investment officer of Alhambra Investment Partners. He calls this “non-economic buying.”

In its most recent filing with the Securities and Exchange Commission, the Swiss National Bank disclosed it held $63.4 billion of U.S. equities at the end of 2016. Its biggest holdings are Apple Inc., Microsoft Corp., and Exxon Mobil Corp.

Snider says another driver of demand in recent years has been companies buying their own shares.

The billions spent by central banks and companies are enough to make a dent in the $26.5 trillion U.S. equity market, but there also aren’t many players on the other side of the trade.

“You don’t have a lot of selling either. Retail investors and institutions aren’t compelled to sell. They are holding and the noneconomic actors are buying,” said Snider.

“[There are] too many buyers, not enough assets, no sellers,” said Whalen, adding that this set-up has to lead to higher prices, regardless of valuation.

But there is one type of retail investor that has been fueling this rally for several years now: the baby boomer.

There is one type of retail investor that has been fueling this rally for several years now: the baby boomer.

“Asset allocation decisions are based on crowd psychology: The average baby boomer is 62 years old and does not have enough money to retire. They are forced to take more risks because of low interest rates,” said Raoul Pal, founder of Global Macro Investor and co-founder of Real Vision Television.

Pal thinks that regardless of money printing by the central banks, people still have to decide where to put that money. Boomers could have put more money into gold, real estate, or bonds; instead, they chose stocks because of the higher return profile.

“The baby boomers have the maximum equity allocation they could possibly have. They are planning to retire at age 65 to 70,” said Pal. “It’s human behavior. It’s predictable.”

He cites Japan as an example where the central bank has been buying up bonds for two decades but savers have refused to buy stocks. As a result, the Japanese market never recovered the highs from the 1980s boom.

From a purely psychological point of view, the lack of negative catalysts has also been helping stocks.

“People see that the things that keep them away from the stock market are unjustified. Last year, people were talking about a global recession that didn’t happen. The euro didn’t break up. China didn’t collapse. Elections in Europe weren’t as bad as expected,” said LaCalle.

If one negative element is removed, investors switch from “don’t buy” to “buy.” That’s why there is the saying “stocks climb a wall of worry.”

To top things off, foreigners from emerging markets have also been paying top dollar to get their hands on some higher quality U.S. assets to escape their own country’s problems.

“You look around the world and you see that the United States has been the recipient of trillions of dollars because the emerging countries have been going through some rough economic times,” said Whalen.

Chinese have been the main driver of capital flight. The Chinese central bank sold almost $1 trillion in official foreign exchange reserves in the form of U.S. Treasury bonds that ended up in individuals’ and companies’ hands, who in turn invested the money in U.S. real estate and equities.

How Long Can It Last?

“The overvaluation is incredible. This is the 97th month of the recovery, one of the the longest bull markets in the Dow Jones. You have the highest valuations since 1929 or 1999. Being an investor here is suicide,” said Victor Sperandeo, principal at EAM Partners and a member of the Trader Monthly Hall of Fame.

This is the 97th month of the recovery, one of the the longest bull markets in the Dow Jones. You have the highest valuations since 1929 or 1999.
— Victor Sperandeo, principal at EAM Partners

The only thing able to change investors’ perception about the future of earnings and the economy is a recession. “The structure of the stock market is terrible but the imbalances will only get corrected in a recession,” said Pal.

In fact, government bond yields are already at recession levels and have been for some time. “You look at the bond market and it comes to the opposite conclusion than stocks: ‘We are stuck in a low growth period, and we don’t get out,'” said Snider.

Since 1910, after every two-term presidency followed by a change in the party controlling the White House, the economy has always suffered a recession within 15 months of the handover, according to Pal.

However, since President Donald Trump’s election last November, the S&P 500 rallied 13.7 percent, as investors bet on Trump’s promise to deliver on tax cuts and deregulation.

As soon as people realize that their assumptions of a decent economy are disappointed, the stock market will correct. Should the recession materialize, Bank of America estimates markets could drop 20 percent. But this may be optimistic.

Will the Fed Let Stocks Crash?

“You never know if there will be a significant drawdown like in 2008, but you know that if there is one, then there is an unlimited supply of money to drive prices higher again,” said Paul Brodsky, principal at hedge fund PostModern Partners.

According to Raoul Pal, the Fed will have to buy equities to protect baby boomers’ retirement money. During previous bear markets, baby boomers kept adding to their retirement funds through their 401ks. This time, they are about to take money out. A market crash would put a large portion of their retirement savings at risk.

“The only way to stop a market clearing event with stocks down 80 percent is the Fed buying equities,” said Pal.

Brodsky agrees: “We have an incentive structure that leads to the Fed making sure that the U.S. equity markets are stable. Regardless of value, of price earnings multiples, the nominal price of the index has to remain stable.”

The experts agree that without central bank support, there would be no holding back, said Sperandeo: “The move is not over, but it’s almost over. And when it comes down, it’s going to come down hard.”