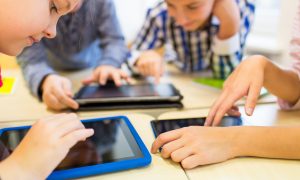 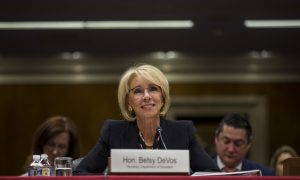 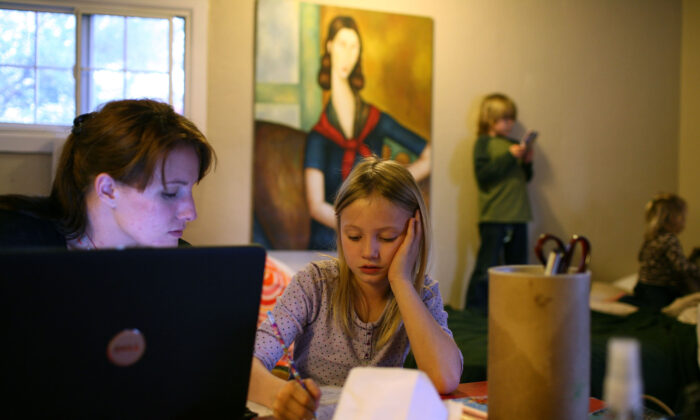 What is Causing the Mass Exodus from Public Schools to Charters and Homeschools?

In the state of California, more and more parents are looking into alternative forms of learning outside of traditional public schools.

There are currently 1,313 charter schools in California, with a plurality of them being elementary schools. These schools enroll over 650,000, or roughly 1 in 10 public school students statewide.

These schools are public and funded through taxpayer money, but are not subject to the same rules and regulations and statutes of traditional schools. As a result, they receive less public funding than traditional public schools on average.

While charter school enrollment increased 150 percent in the last decade, according to the California Department of Education, the number of charters from the 2017-2018 school year to the 2018-2019 school year increased by only 0.97 percent, indicating a slowdown in the opening of new charters in the state.

The slowdown, coupled with new legislation that would place further restrictions on the opening of new charters in the state, may not bode well for the growth of charters in the state. However, the number of parents hoping to move their children from standard public schools to charters and other alternative schooling continues to rise.

Rebecca Friedrichs, a former public school teacher known for being the plaintiff in the 2016 Friedrichs v. California Teachers Association Supreme Court Case, argued that there are many reasons why so many parents in California have been transitioning their children to charters.

One of these is lack of discipline, which she attributes to state policy that ties the hands of teachers in disciplining unruly students.

A new law, Senate Bill 419, set to come into effect next July, effectively bans teachers and school administrators in the state from suspending unruly students in public and charter elementary and middle schools.

“Teachers are in crisis and when I talk to teachers, [many tell me] ‘I don’t know how much longer I can last. I’m going to have to leave.’ Anyone knows that to run a classroom that 90 percent of the job is keeping the classroom safe. Teachers are leaving, parents are leaving. Many can’t put a finger on what happened, but they all know there’s a problem. The willfully defiant kids are now emboldened and in charge,” she added.

Friedrichs also pointed out that new sex education policies in public schools have also led parents to move their children out and into private, charter or homeschools.

This includes updates to the implementation of Assembly Bill 329, which occasionally covers controversial topics pertaining to sexual health and gender identity in K-12 public institutions.

“Parents are quickly learning about sex ed,” she said. “We have parent groups fighting, but being ignored or bullied by school boards and especially by the California state legislature doing the bidding of the unions.”

While charters have been a huge draw for parents that are moving their children out of public schools, homeschooling has also been another popular option.

One such network, APLUS+, enrolls about 71,600 students, which range from providing mostly home school options to independent study schools that cater to struggling students. Another network known as Inspire, which serves over 35,000 students, is scheduled to be audited by the state for potential fraud. Many critics have accused Inspire of not providing adequate insight of families’ homeschooling and allowing families to purchase non-school related items with money provided by the network.

This issue has drawn the concern of many regarding homeschooling networks. Freidrichs, however, disagrees with those concerns.

“I believe parents are the best educators their children have. The teachers’ unions put down homeschoolers. They are always trying to convince teachers that only experts know best. I find that highly snobbish. Teachers unions do not know better than parents,” said Friedrichs.

“The unions are always bringing up the argument that kids never socialize. That’s not true. These homeschoolers have networks. Their kids are not being bullied in school or being victims of a school shooting. You can learn so much more in a homeschool environment. The teacher doesn’t have to be spread between 30 kids. You learn a lot faster and can learn a lot more. I think homeschooling is an outstanding option,” she added.

Christina Laster, who serves as the education chairwoman for Southwest Riverside branch of the NAACP, has strongly advocated for charter school access for black students in California.

“While black students are testing at the level of special needs students in public schools, charter schools are raising the achievement gap,” said Laster in an interview with The Epoch Times in July. “Every single parent that I’ve talked to that supports [school] choice stated that if their charter school closes, that they are not sending their kids to district run schools where there is discrimination, bullying, and a lack of education.”

According to Freidrichs, the mass exodus from the public school system stems from the teachers unions and government overreach in education.

“We need to remove the one corrupt entity, state and national teachers unions, and bring the stakeholders back together again, teachers, parents administrators, and do what’s right for the children. We [also] need the government out of our schools. The government doesn’t know how to educate children. Honest, good, hardworking teachers and parents educate children, together.”