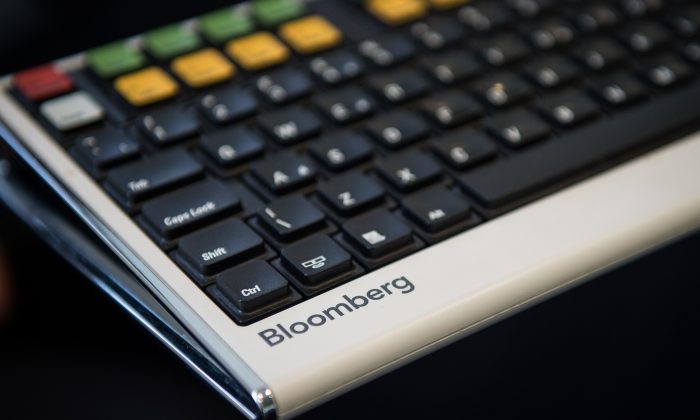 What Is a Bloomberg Terminal and Why It Is Important

U.S. Stock markets are deep in the red this morning and some blame it on the technology sector.

No, not Apple, Facebook and Yahoo are to blame for the Nasdaq’s 1.5 percent drop but Bloomberg.

Michael Bloomberg, the former New York mayor? Not quite, but it’s his company which supplies hundreds of thousands of finance workers with software to conduct their business.

The software went dark for hours on end in Europe on April 17, causing massive confusion and preventing the UK government from selling 3 billion pounds worth of debt.

Hey traders, what did you do when the lights went out on your @Bloomberg terminal? http://t.co/HkEZZ5z5Mt pic.twitter.com/3zOflNDJGv

The service is back online now, though still patchy after what Bloomberg called an “internal network issue.” Anybody who has ever worked in finance understands how important and essentially addictive this product is, but here is an explanation for the layperson.

The Bloomberg Professional service is a so called market data provider, developed by Michael Bloomberg himself in the early 1980s.

While some people think it is nothing more than the world’s most expensive chat program (it costs between $1600 and $2000 per month per user) others marvel at the sheer endless amount of information one can extract from it.

Up until today it was also spotless in terms of technical performance.

Bloomberg basically pools publicly and privately available information from sources such as the World Bank to the New York Stock Exchange and merges it together on one platform. News from Bloomberg reporters and all other sources are also aggregated.

You can then extract the information via tables, graphs or download it into excel. This is indispensable when doing research or trading in all kinds of securities. A million of the software’s inbuilt functions help to tweak that data or information into all shapes and forms.

On top, the program has a host of other features which can log trades or measure a portfolio manager’s performance. And yes, let’s not forget about the chat program.

While most equity trades are done electronically, bond and derivative trades still require the communication between buyer and seller. So traders use the inbuilt chat program to communicate about prices and volumes. Once the trade is agreed upon, it can be logged in the system as well.

Bloomberg offers an all in one solution that bankers can’t do without. Good news it is back online.