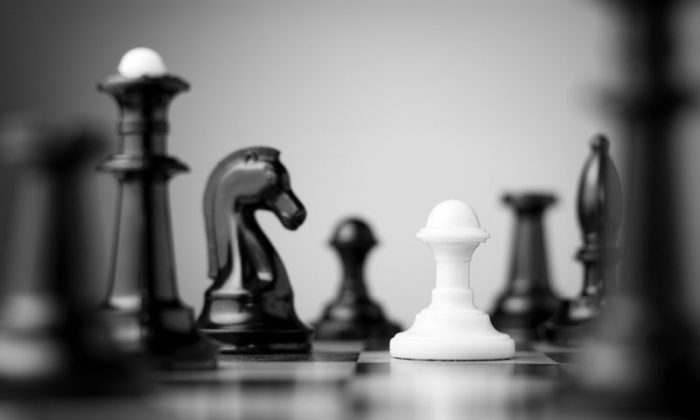 What Individualism Is Not

The bottle is now labeled libertarianism. But its content is nothing new; it is what in the nineteenth century, and up to the time of Franklin Roosevelt, was called liberalism — the advocacy of limited government and a free economy. (If you think of it, you will see that there is a redundancy in this formula, for a government of limited powers would have little chance of interfering with the economy.) The liberals were robbed of their time-honored name by the unprincipled socialists and near socialists, whose avidity for prestige words knows no bounds. So, forced to look for another and distinctive label for their philosophy, they came up with libertarianism — good enough but somewhat difficult for the tongue.

They might have done better by adopting the older and more meaningful name of individualism, but they bypassed it because it too had been more than sullied by its opponents …

The mudslinging started long ago, but the more recent and best-known orgy occurred in the early part of the century when the heaven-by-way-of-government muckrakers attached to individualism a value-impregnated adjective — rugged. The word itself has no moral content; when applied to a mountain it is purely descriptive, when applied to an athlete it carries a favorable connotation. But, in the literary usage of the muckrakers, it designated what in plain language would be called skulduggery. It has no more to do with a philosophy than has any form of indecent behavior. Thus, the “rugged individualist” was the fellow who threatened to foreclose the mortgage on the old homestead if the fair damsel refused his hand in marriage; or he was the speculator who made use of the stock market to rob “widows and orphans”; or he was the fat and florid buccaneer who lavished diamonds on his ladylove. He was, in short, a fellow whose conscience presented no obstacle to his inclination to grab a dollar, and who recognized no code of ethics that might curb his appetites. If there is any difference between an ordinary thief and a rugged individualist, it is in the fact that the latter almost always keeps within the letter of the law, even if he has to rewrite the law to do so …

Rugged individualism was a propaganda phrase of the first order. It was most useful in bringing the soak-the-rich urgency to a boiling point.

The phrase gained currency at the time when the leveling mania was fighting its way into the American tradition, before the government, making full use of the new power it had acquired under the income tax law, took hold of the individual by the scruff of the neck and made a mass-man out of him. It is an odd fact that the socialist is quite in agreement with the rugged individualist in advocating the use of political force to achieve one’s “good”; the difference between them is only in determining the incidence, or the recipient, of government-given “good.” It is doubtful whether the robber barons (a synonym for rugged individualists) ever used the government, before the income tax, with anything like the vigor and success of the socialists. At any rate, the stigma of ruggedness has stuck, so that the collectivist “intellectuals,” who ought to know better, are unaware of the difference between thievery and individualism.

The besmirching of individualism, however, had a good start before the modern era. The original defamers were not socialists but solid proponents of status, the upholders of special privilege, the mercantilists of the nineteenth century. Their opposition stemmed in part from the fact that individualism leaned heavily on the burgeoning doctrine of the free market, of laissez-faire economics, and as such presented a challenge to their preferred position. So they dug into the age-old bag of semantics and came up with two smear words: selfish and materialistic. Just like the later socialists, they had no compunction about twisting the truth to suit their argument.

Laissez-faire — that is to say, an economy free of political interventions and subventions — holds that the instinct of self-interest is the motive power of productive effort. Nothing is produced except by human labor, and labor is something the human being is most parsimonious about; if he could satisfy his desires without effort, he would gladly dispense with it. That is why he invents labor-saving devices. But he is so constituted that every gratification gives rise to new desire, which he proceeds to satisfy by investing the labor he saved. He is insatiable. The log cabin that was palace enough in the wilderness seems quite inadequate as soon as the pioneer accumulates a surplus of necessaries, and then he begins to dream of curtains and pictures, inside plumbing, a school or a church, to say nothing of baseball or Beethoven. Self-interest overcomes his aversion to labor in his constant drive to improve his circumstances and widen his horizon …

It is in the free market that self-interest finds its finest expression; that is a cardinal point in individualism. If the market is regularly raided, by robbers or the government, and the safety of property is impaired, the individual loses interest in production, and the abundance of things men live by shrinks. Hence, it is for the good of society that self-interest in the economic sphere be allowed to operate without hindrance.

But self-interest is not selfishness. Self-interest will impel the manufacturer to improve upon his output so as to attract trade, while selfishness will prompt him to seek the special privileges and state favor that in the end destroy the very system of economic freedom on which he depends. The worker who tries to improve his lot by rendering better service could hardly be called selfish; the description rather fits the worker who demands that he be paid for not working. The subsidy seeker is selfish, and so is every citizen who uses the law to enrich himself at the expense of other citizens.

Then there is the charge of “materialism.” Laissez-faire, of course, rests its case on abundance; if people want lots of things, the way to get them is through freedom of production and exchange. In that respect, it could be called “materialistic.” But, the laissez-faire economist as economist does not question or evaluate men’s desires; he has no opinion on the “ought” or “should” of their aspirations. Whether they prefer culture to gadgets, or put a higher value on ostentation than on spiritual matters, is not his concern; the free market, he insists, is mechanistic and amoral. If one’s preference is leisure, for instance, it is through abundance that his desire can be best satisfied; for an abundance of things makes them cheaper, easier to get, and thus one is enabled to indulge a liking for vacations. And a concert is probably better enjoyed by a well-fed aesthete than by a hungry one. At any rate, the economist refuses to pass judgment on men’s preferences; whatever they want, they will get more of it out of a free market than one commandeered by policemen.

But the critics of the nineteenth century blithely passed over this point, even as modern socialists ignore it. They insisted on attaching moral content to the free economy …

In point of fact — while the free market is itself a mechanism neutral to values expressing men’s desires, whatever they may be — the free market theory rests on the tacit acceptance of a purely spiritual concept, namely: that man is endowed with the capacity of making choices, with free will. If it were not for this purely human trait, there would be no marketplace, and human life would be akin to mat of the birds and the beasts. The economist of the laissez-faire school tries to skirt around this philosophical and theological point; yet if hard pressed he must admit that his entire argument is based on the axiom of free will, although he might call it something else. And that axiom certainly is not materialistic; any discussion of it leads ineluctably to a consideration of the soul.

By way of contrast, it is the socialist (whatever subspecies) who must begin his argument with a rejection of the idea of free will. His theory requires him to describe the individual as purely materialistic in composition. What is called free will, he must maintain, is a batch of reflexes to environmental conditioning …

Returning to the defamation of individualism, another value-laden word that was, and still is, hurled at it is hedonism. (At least one modern writer, who maintains that a Christian cannot be an individualist, seems to be championing this nineteenth-century criticism.) The label stems from the fact that a number of self-styled individualists and disciples of Adam Smith associated themselves with an ethical creed known as utilitarianism; the most famous are Jeremy Bentham, James Mill, and John Stuart Mill. The basic tenet of this creed is that man is constitutionally driven to avoid pain and to seek pleasure. Hence, in the nature of things, the only morally good conduct is that which favors this pursuit. But, a problem of definition arises, since what is pleasure for a philosopher might be pain for the moron. Bentham, founder of the school, who was more interested in legislation than in philosophy, solved the problem nicely by drawing up a coarse calculus of pleasure; and then he enunciated a principle of legislation based on it: that is morally good which promotes the greatest good for the greatest number.

Coming from an avowed opponent of privilege and an advocate of limited government, this do-gooding doctrine is a strange anomaly. If the moral measure of legislation is the greatest good for the greatest number, it follows that the good of the minority, even a minority of one, is immoral. That would hardly accord with the basic tenet of individualism that man is endowed with rights which the majority may not tamper with …

Metaphysically, individualism holds that the person is unique, not a sample of the mass, owing his peculiar composition and his allegiance to his Creator, not his environment. Because of his origin and existence, he is endowed with inalienable rights, which it is the duty of all others to respect, even as it is his duty to respect theirs; among these rights are life, liberty, and property. Following from this premise, society has no warrant for invading these rights, even under the pretext of improving his circumstances; and government can render him no service other than that of protecting him against his fellow man in the enjoyment of these rights. In the field of economics (with which libertarians are rightly concerned because it is there that government begins its infringement), the government has no competence; and the best it can do is to maintain a condition of order, so that the individual may carry on his business with the assurance that he will keep what he produces. That is all.

Frank Chodorov was an advocate of the free market, individualism, and peace. He began as a supporter of Henry George and edited the Georgist paper the Freeman before founding his own journal, which became the influential Human Events. He later founded another version of the Freeman for the Foundation for Economic Education and lectured at the Freedom School in Colorado. Republished from Ludwig von Mises Institute under Creative Commons License 3.0.

*Image of “white pawn” via Shutterstock