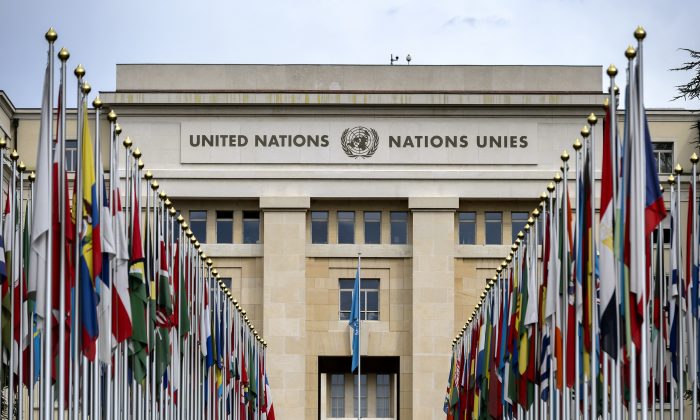 What If Tax Reform Was a Fundamental Human Right?

As an election looms in Australia, the tax debate continues unabated. Self-interest abounds. When we remove self-interest, we are often reduced to standard design principles for a taxation system.

Lost in this discussion is the fundamental purpose of tax, which is to finance government expenditure. Most would argue that tax revenue should be sufficient to meet basic economic and social needs of the community. But how does a community determine what these basic economic and social needs should be? One way is by using a human rights framework. This can provide guidance for both developing and developed countries considering tax reform.

Equality as the Starting Point

The principle that all humans deserve equality is enshrined in the Universal Declaration of Human Rights and set out in the various United Nations human rights treaties. But inequality is on the rise, particularly in relation to income inequalities between the rich and poor.

And income inequalities have generally increased in both developed and developing countries by approximately 10 percent over the last two decades, according to reports by the United Nations Development Program.

Why Is It Important?

Despite significant growth in GDP per capita in developing countries since 1990, poverty rates are still high. The drive to reduce poverty can be slowed by inequality, something that has been taken into account in the Sustainable Development Goals, adopted by United Nations member states in September 2015.

How Can Taxes Promote Equality?

Taxes form part of a country’s fiscal policy and can be used to reduce income inequalities. Progressive tax systems can be used to reduce income inequality by redistributing wealth to poorer households. For example, in relation to personal income taxes, where a tax free threshold and marginal tax rates apply to tax those on higher incomes at a higher rate, the burden is shifted towards those with a greater ability to pay.

Many developing countries rely heavily on indirect taxes, such as value added taxes. But these are regressive in nature and can entrench income inequalities. They tax those on a lower income at a higher rate in proportion to their income as compared to those on higher incomes. Where fiscal policies are evaluated for their impact on certain groups within society they can be used to promote greater equality.

Taxes can also contribute to improving equality by raising resources to fund the fulfillment of human rights such as economic, social, and cultural rights. This includes funding essential services such as health and education that may not have been available or were out of reach financially for some groups. In many cases, tax systems in developing countries need to be strengthened in order to raise the revenues needed to fund essential services.

Strengthening the tax system also means reducing leakages of resources. The obvious leak is tax avoidance, seen in the aggressive tax planning strategies of multinationals such as Google and Starbucks. Latest estimates by the IMF suggest approximately $200 billion is lost each year to tax avoidance in developing countries.

Tackling tax avoidance is important in addressing inequalities because multinationals (and high-net wealth individuals) have a greater ability to pay for services to reduce their taxes. This increases their overall wealth at the possible expense of the poor. Tackling the issue can help countries raise the resources required for social protection, leading to greater overall equality.

Finally, where fiscal policies invoke citizens’ rights to participation, the public can be included in the design and reform of taxes. This can foster greater inclusiveness and also promote equality if equal access to information and opportunities to participate are made available.

Kerrie Sadiq is a professor of taxation at Queensland University of Technology (QUT)’s Business School in Australia. Megan Jones is a Ph.D. candidate at QUT. This article was originally published on The Conversation.