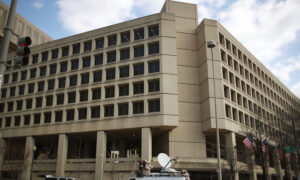 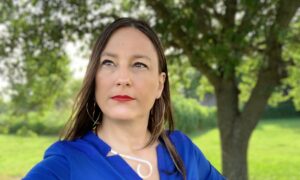 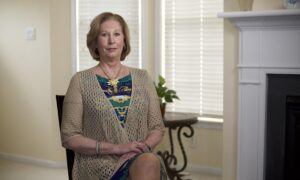 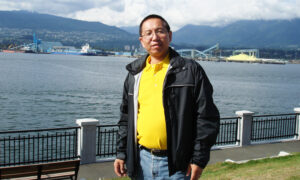 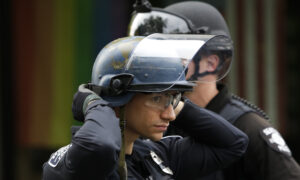 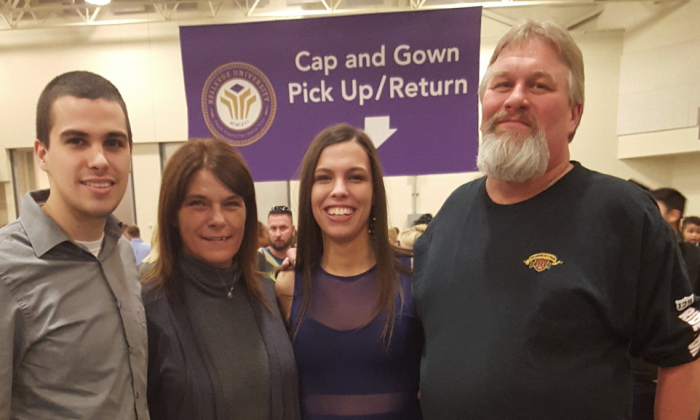 When holding her baby, Michelle Root could never have known that she would only have her for 21 years, 8 months, and 30 days.

Her daughter, Sarah, was at a stop light on Jan. 31, 2016—the night of her college graduation—when a drunk, unlicensed driver, who was traveling almost 70 miles per hour in a 35-mile zone, slammed into her vehicle. She didn’t stand a chance.

Beyond trying to wrap her head around the sudden tragedy of losing her daughter, Michelle had to grapple with the concept that the man who killed her was in the United States illegally.

She often gets asked why it matters that the driver, Edwin Mejia, was in the country illegally.

“What if he hadn’t been here? My daughter would be,” she said.

“I can’t play ‘what ifs,’ because he was. And, guess what, nobody else died in Omaha, Nebraska, on January 31 from a drunk driver. So what if Sarah would have lived?”

‘How Does This Happen?’

Sarah had just graduated from Bellevue University near Omaha, Nebraska, with a 4.0 GPA in crime investigation.

Michelle recalled seeing Sarah pop up on the jumbotron three times during her graduation ceremony. Looking back, she wonders if it was something God did for her.

“Just to see her walk across that stage, one of the happiest moments of her life and one of the proudest moments of my life. To know that in less than 24 hours she was going to be taken … it’s just unbelievable,” Michelle said.

Mejia was 19, drunk, and speeding. There was a warrant out for his arrest, and he was in the country illegally.

“She was just the most giving and caring and smart young woman that I’ve ever known. She never made anybody feel like she didn’t have time for them. I miss everything about her.”

Sarah lived with her older brother, Scott Jr., who had bought the family home when their parents divorced. Scott Jr. was the one who got the dreaded visit by the police in the middle of the night to say Sarah had been in a car accident. He then had to call his parents at 4 a.m. and tell them to get to the hospital.

“You never think that when you get to the emergency room that you’re going to hear those words. We got there and found out there was zero chance of survival,” Michelle said.

“Of course, you’re trying to take that all in, and the neurosurgeon and the trauma surgeon are explaining to you her injuries, and again I don’t know the full situation at this time, all I know is she was rear-ended.

“So I’m thinking that my daughter did something wrong, like not wear her seatbelt (which she did all the time),” in order to have sustained such horrific injuries from a rear-end accident.

Michelle also found out that the person who hit Sarah was in the same hospital, and she expressed her concern that he was OK.

But then, just hours after the accident, early on Sunday morning, she found out the rest of the story. Mejia was 19, drunk, and speeding. There was a warrant out for his arrest, and he was in the country illegally.

“I’m like, how does this happen in the United States of America? By this time, I find out that he had a warrant out for his arrest since May of 2015, for failure to appear. So then I’m finding out he has other traffic violations. He’s 19 years old, he’s here illegally, and yet he was still out on our streets, American streets,” Michelle said.

Michelle and her family were told that Mejia would be taken directly from the hospital to jail, then he would go through the judicial system, do his time, and be deported back to Honduras. The day after the accident, on Monday, Mejia was charged with DUI with serious bodily injury—Sarah was still on life support, so they couldn’t charge him with vehicular homicide yet.

The next few days were a whirlwind. Sarah was an organ donor, so doctors kept her body alive while recipients arrived. Meanwhile, the Roots were planning a funeral. Early on Thursday morning, Sarah’s machines were switched off.

“On Friday, while we are making arrangements for Sarah at the funeral home, finishing up the arrangements, my sister gets a call saying they set bond at $50,000,” Michelle said. In Nebraska, only 10 percent of the bond amount needs to be paid to secure release.

“Of course, we were upset about this bond because her funeral is more than the $5,000 that he needed to get bailed out,” Michelle said.

On Friday night, at about 8 p.m., Michelle’s ex-husband called one of the investigators to find out what happened with Mejia. He was told a relative had paid the $5,000 and Mejia was out of jail, but due to show up in court on Monday.

“I lost it. I wanted to break every bone in his body,” Michelle said. “Because again, I can’t understand how you’re here illegally, and you can bond out at $5,000 when you have priors. I just can’t wrap my head around any of it.

“He was supposed to show up for court-appointed drug and alcohol testing and to get the ankle monitor put on. So then, again, I lose it. So you guys let him go without even putting an ankle monitor on him prior to leaving the jail? I understand you can cut it off … but at least it would have been an extra layer. I would have felt like they had done something.”

Mejia never showed up in court on that Monday, and he has been in the wind ever since.

“As it stands right now, there’s nobody accountable for Sarah’s death,” which makes it even worse, Michelle said.

“Because even though it’s not going to bring Sarah back, at least it would have felt like some justice was served. And that her death wasn’t in vain.”

As with many loved ones of victims of illegal alien crime, Michelle has become an unintended activist against illegal immigration and sanctuary cities.

She has found support with congressmen from Iowa and Nebraska and was on stage with then-candidate Donald Trump in 2016.

Trump mentioned Sarah during his speech at the Republican National Convention on July 21, 2016.

“Her killer was then released a second time, and he is now a fugitive from the law,” Trump said. “I’ve met Sarah’s beautiful family. But to this [Obama] administration, their amazing daughter was just one more American life that wasn’t worth protecting. … One more child to sacrifice on the altar of open borders.”

Michelle said she feels that the Trump administration is taking illegal immigration seriously.

“I have faith in him,” Michelle said. “I know he has an uphill battle with Congress and the Senate.”

In December, Rep. Todd Rokita (R-Ind.) introduced a bill to the House that would punish officials who implement sanctuary policies in their jurisdictions.

Kate’s Law, named after Kate Steinle, who was fatally shot by an illegal alien in June 2015, seeks to increase the penalties for illegal aliens who attempt to re-enter the United States after deportation. It passed the House last summer and is on Senate Majority Leader Mitch McConnell’s (R-Ky.) desk waiting to be introduced to the Senate.

“We get these little pieces of hope,” Michelle said, referring to legislative reform. “These are common sense laws. And I don’t know why we need these laws against illegal aliens for Americans’ safety.”

She is a co-founder of Advocates for Victims of Illegal Alien Crime, a group of people whose loved ones have been killed by illegal aliens. They are trying to raise their voices to be heard alongside the sustained support for amnesty for a large group of illegal aliens, specifically recipients of Deferred Action for Childhood Arrivals (DACA).

The group wrote an open letter to Trump in January, imploring him to follow through on the election promise he made to secure the border and bring about immigration reform. They asked for several reforms to be made before any type of amnesty is granted to DACA recipients, including an end to sanctuary jurisdictions, a massive increase in deportations, and an end to chain migration, the diversity visa lottery, and birthright citizenship.

“As law-abiding citizens, we demand that our constitutional rights be guaranteed and protected before anyone who has entered our country illegally is given any deference,” the Jan. 3 letter states.

For Michelle, it’s a lifelong mission she is dedicated to.

“I’ll continue to do this until I die and [am] reunited with Sarah. Because she deserves that, she deserves her story, her legacy, to be known,” she said.

Meanwhile, she is looking forward to meeting the man who received Sarah’s heart.

“My son … recorded Sarah’s heartbeat before they took her down to donate her organs,” she said. “So, to have that, and to hear it beating again and tape record it, would be so, so special.”