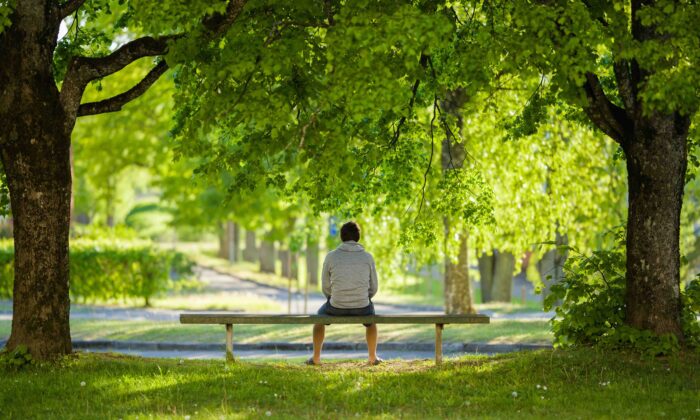 Men are also victims of domestic violence, but many are unable to get the help and support they seek. (FotoDuets/Shutterstock)
Viewpoints

What Happens to Male Victims of Domestic Violence When They Become Demonised?

The stereotype often invoked when someone talks about domestic violence is of a toxic and domineering man. Influential in the promotion of such an approach is the Australian Prime Minister, Anthony Albanese.

On March 3, he posted on Twitter: “If we want to end violence against women, it’s not women who need to change their behaviour. Men do.”

It is not the first time the Australian prime minister has made such statements. On Nov. 26, in an opinion piece, he wrote: “While [domestic violence] is an issue for all of us, men must step up … We must hold ourselves accountable, talk about [our] behaviour, and act when we see problems.”

However, as political scientists Denise A. Hines and Emily M. Douglas explain, this conceptualisation of domestic violence has hampered the ability of women who abuse their male partners to seek and get help from social service and criminal justice systems.

As a result, women who resort to domestic violence against their male partners face numerous barriers when seeking help within the system. The following statement epitomises the experience of most domestically abusive women:

“He tries to understand my side of the argument. He talks to me rather than hits me. I still hit him, however. I would like to enrol in a class in anger management, but the shelter for battered women does not help women with this problem.”

The prime minister apparently assumes that all men as a collective group are socialised to believe that violence can be justified to keep their partners and children subjugated. It is worth noting that Albanese is not a social theorist or a qualified health professional in a position to make these far-reaching statements.

According to Linda Mills, an emeritus law professor at New York University: “It has served mainstream feminism both socially and politically to simplify and reduce the violence continuum to include only physical abuse perpetrated by men. Mainstream feminists made domestic violence unilateral.”

Under normal circumstances, it should not even be necessary to remind the Australian prime minister that not every instance of domestic violence is inflicted by men.

As stated by Adam Blanch, a clinical psychologist living in Melbourne, “an extraordinarily large body of evidence consistently shows that most domestic violence is committed by both women and men and is motivated by feelings of revenge, frustration, and anger.”

These research findings reveal how feminist theory is entirely inadequate in explaining the complexities of the problem. And yet, as the prime minister’s comments demonstrate, the feminist narrative continues to underline the ongoing debate about domestic violence in Australia.

Lack of Help for Men

As a result, male victims often report that their complaints are never taken seriously and helplines or shelters are generally targeted toward female victims only. There is even the cruel assumption that every male victim must actually be the perpetrator. Some of these battered men have even been put at risk of further violence by social services contacting the abusing partner and letting her know the man has sought help.

According to Greg Andersen, a spokesman for ‘One in Three Campaign’ which advocates for awareness of male victims of domestic violence: “A male victim seeking support who reads on a website that he needs to take responsibility for his ‘violent and controlling behaviour’ is probably not going to have a lot of confidence in ringing that service and asking for help. And if he does call and is assumed responsible for the violence, he may not reach out for help again.”

There is also the assumption that only a few men are victims of domestic violence. Due to the prevailing feminist narrative, violence by women against men is notoriously underreported.

According to Sarah Wallace, a senior research fellow at the University of South Wales (USW), this is because these male victims “fear appearing unmanly, shame, embarrassment, and a failure to live up to masculine ideals.” This was the experience of most abused men interviewed by Wallace, who felt that “they needed help to get to the root of these feelings.”

What is more, abused men frequently report that when they call the police during an incident involving a domestic partner being seriously violent, the police more often than not fail to respond or take a report. Some of these victims report being ridiculed and even arrested by the police as the supposedly violent perpetrator, and even when there is no evidence of injury to the female partner.

There are far too many Australian men who have experienced domestic violence and do not even report it or tell anyone. This may be caused by the above-mentioned fear that they will be ridiculed and experience shame and embarrassment. Of course, there is almost no shelter for these men escaping from domestic violence. As a result, death rates and homelessness for Australian men aged 35 to 45 have risen dramatically, thanks primarily to these issues.

And yet, Albanese continues to feed the dangerously false and misleading narrative that men are always the sole perpetrators of domestic violence. Why is the prime minister glossing over the harsh realities of this serious social problem?

In fact, it is even possible to suggest that statements such as this may be doing great social harm by accepting a narrative that obscures real and urgent problems.

But enough of pretending this is only about men terrorising their women and children. The prime minister should speak out on behalf of all victims of domestic violence, especially when there are so many barriers deterring male victims from ever reporting the violence inflicted upon them.