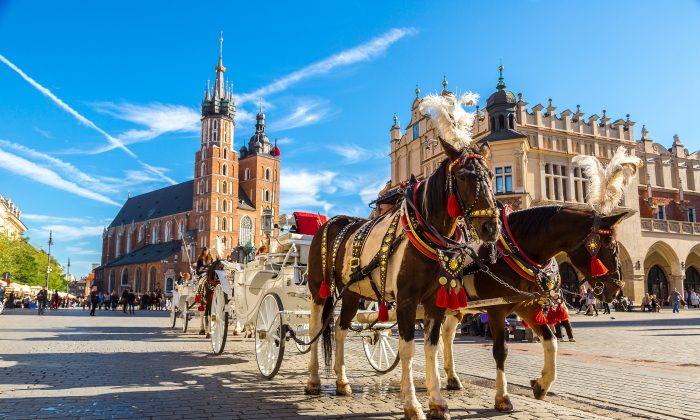 What Happens After a Nation Escapes Communism?

During this 100th anniversary year of communism we were reminded of the evil ideology’s death toll. Many former communist countries celebrate their escape from communist enslavement, and almost three decades after the fall of the Iron Curtain, the countries that have had the most freedom have fared the best.

James Gwartney and Hugo Montesinos from Florida State University analyzed the economic performance of former Soviet Bloc nations, referred to as formerly centrally planned or FCP countries, from 1995 to 2015.

The more the countries moved away from central planning, the more they grow, especially if they get decent scores from Economic Freedom of the World index (EFW) published by the Fraser Institute, a Canadian think tank.  It measures economic freedom in five major policy areas: fiscal policy, trade, monetary policy, regulation, and the legal framework. Gwartney and Montesinos write in their study:

That’s not much lower than the rating of the United States at 7.94. Hong Kong is ranked the highest at 8.97.

Because these countries started growing from a lower base, they grew three times as fast as high-income European developed countries. This phenomenon is called convergence.

However, fast convergence is only possible with the right government policies and growth rates were lower in the FCP countries with lesser amounts of economic liberalization.

The ratio of the mean per capita GDP of the most economically free group compared to the high-income economies more than doubled, soaring from 19.9 percent in 1995 to 40.6 percent in 2015.

Looking at the bottom group in terms of EFW scores, it’s sad to see Ukraine doing so poorly, but that’s a predictable result given the near-total absence of economic freedom in that unfortunate country.

The obvious moral of the story is that nations will grow faster and generate more prosperity if they follow the recipe of free markets and limited government in the context of the five major policy areas.

And it’s in that final category (which measures factors such as property rights, the rule of law, and government corruption) where all of the FCP countries still have some catching up to do according to Gwartney and Montesinos:

The FCP countries…have a major shortcoming: their legal systems are weak and little progress has been made in this area. Given their historic background, this is not surprising. Under socialism, legal systems are designed to serve the interests of the government. Judges, lawyers, and other judicial officials are trained and rewarded for serving governmental interests. Protection of the rights of individuals and private businesses and organizations is unimportant under socialism.

Unfortunately, even though we have the diagnosis, we don’t really have a simple cure, as it isn’t easy to change the socialist culture of a nation’s political class.

Daniel J. Mitchell is a Washington-based economist who specializes in fiscal policy. This article first appeared in International Liberty.