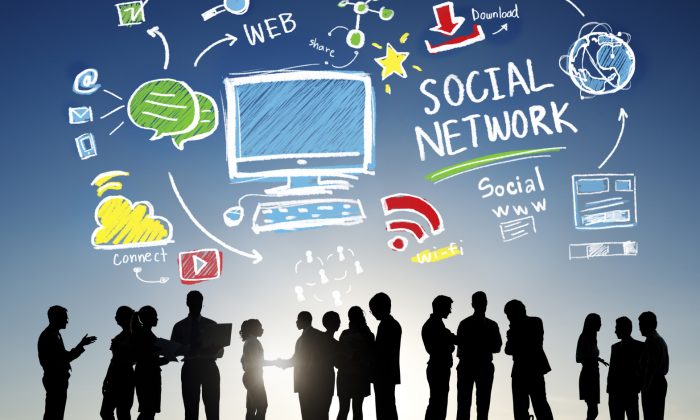 What Has Happened to Social Media?

After the hype, we are still waiting for solutions to difficult problems

The first lady of the United States has decried social media’s “potential to be destructive and harmful when used incorrectly,” particularly for children. Many people agree, especially those who have followed trends over the past year. What a gigantic change.

These platforms were once loved and celebrated as major innovations that made life better, but no longer.

Let’s be clear on what we’re talking about. The big controversies are over Facebook and, secondarily, Twitter. They stand accused of violating privacy, empowering online harassers, allowing elections to be manipulated, coarsening public debate, giving hate a platform, censoring dissent, and just about every awful thing you can think of.

Other major platforms such as LinkedIn and Instagram are faring much better. And there are thousands of competitors to each of them.

It’s true that the advent of social media was one of the great moments in modern life. It opened up the world in ways previously unimaginable. It gave rise to beautiful predictions of the future: Everyone could reach everyone. New friendships would be born. Media hierarchies would be flattened. We would find out more truth about the world. Information flows would end censorship, empower new talent, and put control in the hands of citizens instead of elites.

Over the last 15 years, I’ve written my fair share of tributes to various platforms and their promise. What we often forget is that new technologies are iterative. They come to us raw, even uncivilized, without an ethos or etiquette, with a presumption that everyone who uses them is acting in good faith and the proprietors of the product are seeking to profit from improving the world with better ideas. Then, the learning begins.

Too Much Exuberance Too Soon

The optimism about the platforms was too short term. In the early days of email, users were overjoyed at the idea that email provided a free and instant alternative to the paper letter. It was glorious. Then came the spam. There were a few years there when the inbox was nothing more than spam, viruses, malware, and scams. It was devastating to behold.

But then came the fix. Today’s new users of email don’t have much of this to deal with at all. So it is with social media. It was glorious but then came the trouble. The fixes are only now being rolled out—and, just as with email, they include decentralization and experimentation.

The Power of Trolls

Web developers have always underestimated the power of trolls, that is, people who obtain personal satisfaction by despoiling a venue with ill will and malice.

I recall opening a regular forum for conversation in the late 1990s. I was stunned to discover that openness to everyone couldn’t work. There were always people who joined in order to ruin, not to construct, and I developed an informal rule that trolls constitute 3 percent of the human population. I quickly worked to educate myself on how to hunt them down and ban them. In every single case, I was accused of censorship—and administrators have to think about whether that is true.

But what the admin ultimately decides is that the value of the whole is more important than the “right” of anyone to ruin things for everyone else. If you let the people who are motivated by malice run free, the good people will leave. This is still a problem for all social media today. It is too easy to accuse them of censorship when the major goal is simply to provide a valuable service.

Even apart from trolling, there is the persistent problem of “internet courage,” ways that people behave when they are anonymous and never have to face the people they demoralize and dehumanize. It’s a constant hit and run. These people might not be trolls as such; they might just be in a bad mood. They enjoy the sense of power they get from being able to reach anyone with a direct hit.

The great challenge today of running a social-media platform, given the sheer volume of users, is programming algorithms that can detect and silence people who want to use the venue to cause harm to others, without driving off people of good will. There are huge imperfections in this process. Every mistake has the potential of going viral and bringing world opinion crashing down on your head.

What’s more, many online businesses, including sites for independent journalism, over the past 10 years have started and thrived on their social-media reach. They start a website, open the normal social channels, start to publish, and enjoy advertising revenue.

For a while, everything worked. It was hugely addictive but many managers of web spaces didn’t entirely realize it. What many of these entrepreneurs didn’t appreciate is the extent to which they depended upon reach and traffic from Facebook. Once Facebook (which faced its own problems in finding a revenue model) turned down their reach, moving instead of “pay to play,” these venues faced declining traffic.

Many have shut down this year. This has affected many nonprofits and many businesses. They thought they had a model of success. Then, out of nowhere and due to no real errors on the part of the admins, their path to success was blocked. Many came crashing down, ending dreams of an independent source of research and information.

Other social and cultural factors played into the loss of trust in dominant platforms of social media. They were based on a model that cobbled together your friend circle for you. Your feed became filled up with opinions being expressed by a small sect of opinion, and then fights among your circle began to break out routinely. The happy world of your Facebook feed turned into bitter acrimony, with factions, splits, meanness, and nastiness all around.

Because this was the information being fed to you, it was easy to mistake your feed for access to the real world. It was the social-media world, curated just for you, that was occupying your mind space. Users forgot that it was entirely artificial. Social media isn’t the real world.

At the very time this was happening, free information began to replace paid information. Mainstream media became consolidated. They scrambled hard to figure out how to survive without entirely gutting staff and without becoming completely dependent on so-called click bait. The Washington Post sold out to Jeff Bezos. The Wall Street Journal struggled for years to get subscribers. The New York Times is still trying to figure out the new economics of media.

In general, and for purposes of survival, consolidation has been the defining mark of legacy-media channels, while at the same time, independent journalism was squeezed out.

In the midst of all of this, there was the political question. To the shock of nearly everyone, Donald Trump won the presidency when every mainstream source predicted that he wouldn’t. For many people, it seemed obvious that something, somewhere, somehow had broken down the democratic system that had thus far seemed a reliable partner with ruling-class priorities. Panic ensued. A witch hunt began. Who is at fault? The Russians? Facebook? A failing of the mainstream media? Someone had to take the fall.

The hunt began immediately and continues to this day. The mainstream press and social media, in particular, was on the hot seat to do what everything possible to prevent a repeat of such an upset in the future.

A more fundamental problem is that the network effect led to an unsustainable centralization of the product. Facebook displaced everyone else and began to rule all. Every user began to believe that he or she should be in charge, forgetting that the core model is that every user is being asked to provide content that the enterprise then sells to advertisers. Today, the revolt against centralization is on.

The social-media world of the future won’t be centralized. It will take many different forms, and the replacement for Facebook isn’t likely to be a copy. It will be something else entirely, and we can see this already happening. This realization will force us all to come to terms with a reality of the world that social media has heretofore led us to deny: it’s a huge world out there and the varieties of social experience are infinite.

Jeffrey Tucker is the editorial director of the American Institute for Economic Research. He is the author of five books, including “Right-Wing Collectivism: The Other Threat to Liberty.” This article was first published on AIER.org