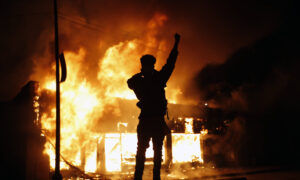 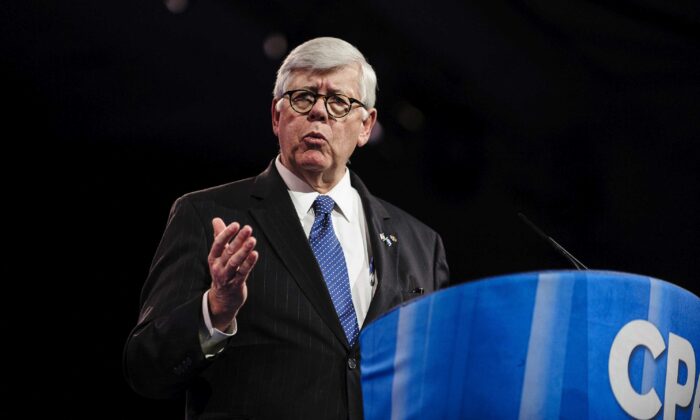 What Happened to Bill Kristol and ‘Republicans for the Rule of Law?’

Some political operatives think “we [conservatives] lost because of our ideas and values—and what we really ought to do is change them,” said Keene, attacking Republican strategists concerned over electoral defeat, including Kristol.

In an act of appeasement toward the political left, many self-professed “limited government” conservatives—once heralded as firebrands by their supporters—have abandoned the conservative tradition.

There’s no doubt that the recent death of George Floyd raises questions about the state of the current justice system. Any conservative or libertarian-minded individual truly concerned about big government should fight to hold everyone accountable to the law.

But establishment GOP leaders and consultants have shifted their reform efforts. Instead of standing up for traditional conservative values—government accountability, the rule of law—they’ve pinned the blame on those stubborn conservatives.

Take for example, Max Boot, one of President Donald Trump’s strongest critics. According to Boot, “The president is pouring gasoline on the flames of racial division, and the Republican Party is holding the jerrycan for him.”

Or perhaps Bill Kristol, who spends far more time complaining about Trump and the GOP inciting violence, and much less on calling out actual rioters. Looking through Kristol’s tweets in the past week, how many times has he condemned the destruction of small businesses and the senseless beatings of innocents? See for yourself.

And how naïve does a GOP celebrity like George W. Bush think conservatives are, when he paints a false reality in which “protesters, protected by responsible law enforcement, march for a better future?” One might ask how much that statement resonates with business owners in Buckhead, Atlanta.

There’s a common theme with these never-Trump Republicans—nothing new, only more strongly manifest: Appearing attractive in the eyes of their political opponents is more important than remaining true to sound beliefs. God forbid anyone paints them as racists.

It’s time for conservatives to address the elephant in the room: What the left thinks of them should not dictate how they engage in the political arena.

One can support justice for George Floyd and simultaneously call out genuine acts of violence—regardless of the skin color of the perpetrator. One can criticize Trump on the grounds of executive overreach while still holding rioters to the commensurate punishments. In fact, all these principles are consistent with one another.

What is inconsistent is when conservatives don’t uphold the right to property—and turn a blind eye to acts of violence—all in the name of political correctness. Likewise, what conservative would exempt an individual from legal repercussions because of their race, if they committed a crime?

True conservatism has always recognized the importance of the individual in the American system, and thus shouldn’t give into mob igniting rhetoric like “systemic racism,” or “white privilege.” A strong wave of conservatism cannot be fueled by making concessions to the left.

A strong conviction to liberty demands a strong commitment to institutions that uphold its ideals. Conservatism has a rich history of being bound to the rule of law. When never-Trumpers are nowhere to be found when questioned about the riots, it’s hard to take cute little taglines like “Republicans for the Rule of Law” seriously.

It’s easy for the never-Trump crowd to show phony calls for unity. But any real chance of unity requires an honest assessment of what the future of conservatism holds.

This is a pivotal moment in American politics—the implications go far beyond the state of race relations. It is a moment in which conservatives will decide: Is conservatism a firmly grounded ideology? Or merely a tool of practicality for politicians clinging on to power, as they cope with the changing cultural vortex?

All too many conservatives are taking the latter course.

Atilla Sulker is the CSO of Blue Ocean, Inc., an augmented reality education company in Tallahassee, Florida and writes for the Mises Institute and the Washington Examiner.