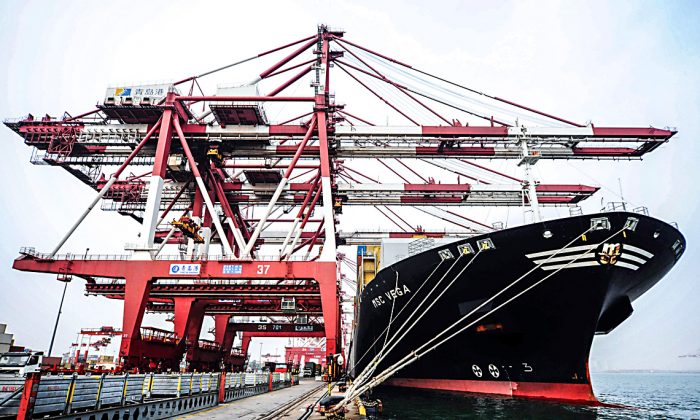 What Exactly Is a Border Tax?

Many countries try to make their products more competitive in international markets. Some subsidize exports directly and indirectly (China), some have very lax labor laws (Bangladesh), some devalue their currency (Europe, Japan), and some do all of the above just to boost exports and discourage imports.

The United States has engaged in currency wars with Europe, China, and Japan and devalued the dollar during the Federal Reserve’s quantitative easing programs after 2009. It didn’t help much to close the trade deficit.

This is why President Donald Trump is now proposing a more radical concept: the border adjustment tax, or BAT. True to its name, the BAT would adjust the price for both exports and imports, but would do so through corporate taxes.

Under the BAT plan, importers of Mexican or Chinese goods, for example, would pay a 20 percent tax on merchandise sold in the United States, making products like tequila, fresh fruit, and iPhones more expensive, although it is not yet clear which countries would be affected. Trump indicated that the tax could be levied on Mexico to pay for the southern border protection wall.

Importers would try to pass on the tax to consumers if they could, leading to a rise in domestic prices. All other things being equal, the 20 percent import tax proposed would raise the consumer price index by about 5 percent, according to Deutsche Bank calculations.

However, consumers would have a choice: They could either pay much higher prices for the imported products they have gotten used to, if there isn’t a domestic replacement (think Louis Vuitton bags); or they could switch to local products, which may be only slightly more expensive, in the case of domestically produced fruits and vegetables. The importers may also decide to pass on only part of the tax, leaving consumers only a little bit worse off.

It has been said that Americans consume too much, so this could be a good chance to selectively reduce consumption of unnecessary goods (think Louis Vuitton bags again).

In the above example, it would be economical for GM to move production back to the United States. Prices would rise for the cars, but U.S. workers would also earn more wages on aggregate. If the border tax were to be combined with a cut in regulations and the general corporate tax, GM possibly could produce at the same price they do now in Mexico.

The other part of the border tax proposal would affect exports. Companies producing in the United States and selling in any other country wouldn’t pay tax on the products they export.

At this moment, the average S&P 500 company pays about 12 percent in taxes for $100 of goods sold. With the taxes for exports gone, the products could be sold 12 percent cheaper on world markets. This is another strong incentive to produce in the United States and sell worldwide, with benefits for investment and employment.

According to Deutsche Bank calculations, the proposal for imports and exports would remove around $400 billion from the $532 billion 2015 trade deficit.

So what’s not to like about the BAT? First, despite the benefits of increased local production and employment, prices will rise as imports become more expensive and more production is exported, so fewer goods will be available on the local market.

Goldman Sachs, for example, estimates that oil prices would fall in international markets because U.S. shale producers would be incentivized to export as much as they could. More exports, and the import tax on foreign energy, would mean oil would be more expensive in the United States.

Second, the BAT would hit different companies in different ways. Some companies, like apparel-maker Michael Kors, which produces more than 97 percent of its merchandise abroad, would take the hit on the import side without benefiting from the export subsidy. If these companies weren’t able to move production to the United States, they would have to close down stores and save costs on local administrative overhead.

Other companies that rely on imports to assemble their products in the United States, like Intel, for example, would face higher costs, and the computer chips sold domestically would not benefit from the export subsidy.

And of course, there is the issue that World Trade Organization (WTO) rules might not allow the structure. Plus other countries could retaliate in kind, thus rendering the export tax advantage useless.

On balance, corporate tax cuts and deregulation in addition to the BAT would provide companies with big incentives to produce and source locally. But the transition would take time and would not be smooth. However, BAT would give companies some hard figures to work with to make the necessary changes.

The Fed printed money in the past to make exports more competitive and generate inflation. It failed on both counts and instead created asset bubbles around the world. The BAT is bound to boost exports and inflation—as well as lead to some unforeseen and unintended consequences.