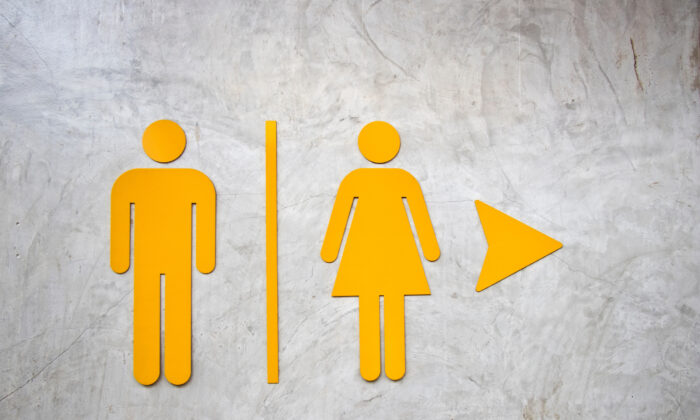 What Does Your Identity Entitle You To?

Humans are an imaginative species. Our minds are not limited to the bounds of reality or even lived experience. Rather, we can imagine all kinds of wonderful things that may not exist or may not exist for us as individuals. Science fiction is an exercise of our imaginations, as is alternative history.

A normal part of growing up is imagining ourselves in different forms. It’s common for children to imagine that they’re moms with baby dolls, cowboys with play firearms, hostesses offering tea and cookies, soldiers fighting off the enemy, princesses glorified by courtiers, and race drivers in make-believe vehicles. This imitation of adult activities is a normal part of growing and maturing. It’s necessary for the development of the brain. These imitations are treated as play by adults.

As we grow and begin to engage with the world beyond our immediate family, we take part in activities that define who we are, and some take those activities to heart. We might identify strongly as a pupil and then student, with reading, with mathematics, with foreign languages. In higher education, we select what subject we major in, which at that time defines us to a degree, and we take that to heart to a greater or lesser degree. We may identify strongly with a residential fraternity, with a particular university, with a sport or an artistic activity. Once dating, some identify with their success in attracting and holding partners. From there, after entering the working world, we have an occupation, perhaps a profession, with which we identify to a greater or lesser extent. Every person has many aspects that define him or her and provide a basis for multiple identities that make a substantial part of him or her.

But identifying with an occupation or profession doesn’t make you a legitimate member. In order to be a doctor, lawyer, police officer, firefighter, dentist, special forces soldier, or professor, individuals must qualify through education, training, and recognition by the relevant authorities. To identify with a role for which you are not qualified, if you try to act according to that role, is forbidden. It’s a felony to impersonate a professional or civic official, and substantial punishment can follow those who are caught pretending to be what they are not.

Individuals impersonating police have done so for centuries and in many countries around the world. In recent times, wearing a police uniform is one method, while driving a car with unauthorized police markings and equipment is another. In Nova Scotia, a young man with no criminal history was driving a car outfitted as a police car, and, after reports from citizens, was arrested by the police. This incident followed a tragic one, also in Nova Scotia, in which Gabriel Wortman, dressed as an RCMP officer and driving a replica of a police car, shot and killed 22 people.

Masquerading as a doctor is a popular form of impersonation. For example, according to the CBC, “Fraud investigators say Sorrel Joseph-McCumber assumed the identity of Gina Joseph, a medical resident from London, Ont., and set up a family practice in Ottawa …. [She] was charged with personation and uttering a forged document, and then released. Each charge carries a maximum 10-year sentence.”

Impersonating a lawyer is also common. According to The Canadian Press, “Police in Barrie, Ont., say a 31-year-old Toronto man, accused of orchestrating an elaborate ruse to dupe people into believing he was a lawyer, is facing charges. … [T]he man is charged with fraud over $5,000, fraud under $5,000, two counts of uttering forged documents and uttering threats.”

Not all forms of impersonation, or identifying as something you are not, are illegal. There are many cases of people identifying as a member of another race, trying to “pass” as a member, for which there are no legal implications. A noteworthy example is U.S. Sen. Elizabeth Warren’s claim that she was a Native American, a claim unsupported by a DNA test that showed negligible native ancestry. What part this claim played in her climb to the heights of the academic world as a professor at Harvard is uncertain, although other applicants for those positions might wonder if the competition had been fair.

What is not uncertain is that Native Americans were not amused by Warren’s claim. According to snopes.com, “Cherokee Nation Secretary of State Chuck Hoskin Jr. strongly criticized Warren’s actions, writing in a statement that ‘Using a DNA test to lay claim to any connection to the Cherokee Nation or any tribal nation, even vaguely, is inappropriate and wrong. It makes a mockery out of DNA tests and its legitimate uses while also dishonoring legitimate tribal governments and their citizens, whose ancestors are well documented and whose heritage is proven. Senator Warren is undermining tribal interests with her continued claims of tribal heritage.’”

In a similar case, Carrie Bourassa, professor of community health and director of the Indigenous health research lab at the University of Saskatchewan, claimed to be Anishinaabe and Metis, but was shown to descend from Eastern European stock. CTV news reported that Winona Wheeler, associate professor of Indigenous Studies at the university said, “What we found is that Dr. Carrie Bourassa doesn’t have a drop of Indigenous blood in her and that she has been faking her identity for at least 20 years.” According to CTV news, the Metis Nation Saskatchewan stated, without mentioning Bourassa, that “Fraudulent appropriation of Indigenous identity disregards the fundamental principles of self-determination and sovereignty that must lie at the heart of reconciliation.” Bourassa has resigned from the university.

Identification by people of white ancestry as black also has been regarded as illegitimate, although it’s not unlawful. According to the Daily Caller, “George Washington University history professor Jessica Krug, who specialized in ‘Africa and the African Diaspora,’ apologized on Sept. 3 [2020] for presenting herself as black for years. ‘To an escalating degree over my adult life, I have eschewed my lived experience as a white Jewish child in suburban Kansas City under various assumed identities within a Blackness that I had no right to claim: first North African Blackness, then US rooted Blackness, then Caribbean rooted Bronx Blackness,’ Krug wrote.”

One final widely reported example is former Spokane, Washington, NAACP president Rachel Dolezal. According to the Daily Caller, she “admitted in 2015 that she’s white, despite publicly claiming to be black for years. ‘I acknowledge that I was biologically born white to white parents, but I identify as black,’ she said …. Dolezal had taught Africana Studies at Eastern Washington University before she was exposed as white.”

These cases illustrate that claiming to be something is not the same as actually being it, and, further, that claiming what you are not legitimately qualified for is not acceptable to society. But there’s a major exception today. Radical gender activists claim that your gender is whatever you identify as and whatever you say it is, and that your biological sex is irrelevant. What is truly revolutionary about this is that, while it isn’t illegal to claim a gender status that you are not qualified for, it’s now illegal not to recognize, accept, and obey whatever anyone claims about their gender. Any resistance will be met with condemnation, cancellation, and arrest.

Trans activists claim that trans-men are men and trans-women are women. Further, they claim that men can menstruate, get pregnant, and give birth. On the basis of these claims, they demand that transgender names and pronouns be honored, and that the legitimacy of trans as men and women be accepted. This means, among other things, that biologically male trans-women must be admitted to female-only spaces, such as restrooms, locker rooms, dressing rooms, prisons, and shelters. As well, trans-women must be allowed to compete in women’s sports. All of this has the sanction of government, and is a strongly supported policy of the Canadian Liberal Party and the U.S. Democratic Party.

How is it that a set of beliefs and claims that directly contradict all biological evidence, and are contrary to the longstanding protection of female sex-based rights, have been accepted and validated by government authority? The answer is that trans-genderism was slipped into the intersectional matrix as a characteristic of “oppressed victims of society,” and trans-gender individuals were thus favored under the official “diversity, equity, and inclusion” guidelines. So now trans-individuals are members of a preferred and favored class.

On this “woke” basis of prioritizing “victims of society,” school children have been inducted by teachers into trans-theory and groomed as potential trans. This guidance is hidden from parents, as are children’s steps toward transformation. Trans medical clinics are enthusiastic about putting children on life-changing hormones with little discussion of why they are wanting to change, and on the path toward radical surgery that destroys the functioning of their sexual organs. In fact, anyone discussing with children why they want to change is regarded as engaging in “conversion therapy,” which is outlawed in many jurisdictions.

In the case of trans-gender, we are now being forced to acknowledge the validity of counterfactual imaginings by individuals uncomfortable or confused about their sexuality. It’s one question how much freedom individuals should have to live as they wish, about which my bias is to give people a lot of freedom. It’s a totally different question how much we should coerce people to indulge others’ preferences and desires. Trans-activists would have us disregard the rights and interests of the non-trans, of women, parents, and children; but this is where we should draw the line.