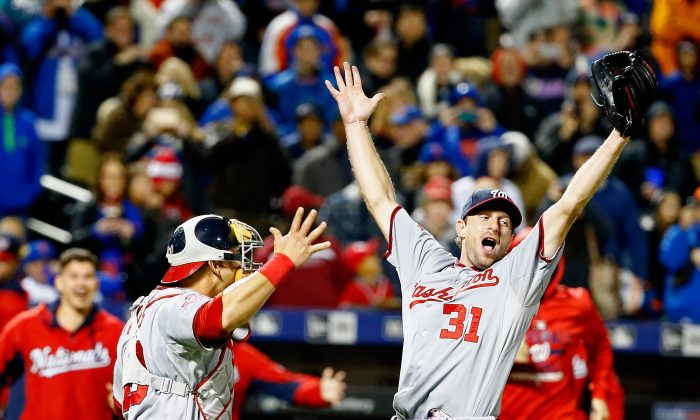 What Does Two No-Hitters in a Season Equate to in Other Sports?

Nationals ace Max Scherzer pitched his second no-hitter of the season Saturday night with a dominant 17-strikeout performance that saw him out-hit the Mets all by himself (he went 1 for 3) in the 2–0 win.

Even though the incredible performance by Scherzer (14–12, 2.79 ERA) won’t get him into the NL’s exclusive three-man Cy Young race this season, it puts him into exclusive company in becoming just the sixth pitcher ever to hurl a pair of no-hitters in a single season.

How does this rare feat equate to great achievements in other sports?

Maybe the most popular measuring stick in the NFL is the 2,000-yard rushing mark.

Until 1973, when O.J. Simpson broke through the magical barrier, no one had ever done it. Now seven NFL players are members of this exclusive club, the latest being Adrian Peterson with his 2,097-yard season in 2012. Still O.J. is the only one who did it in the 14-game format.

On an individual game basis, the 200-yard rushing mark has been achieved 128 times, with Adrian Peterson’s 296-yard game sitting at the top of the list. Twice Peterson has had a pair of 200-yard games in the same season—he’s one of 20 players to accomplish the feat.

In terms of single game scoring, Wilt Chamberlain’s 100-point game is still the highest total ever. Kobe Bryant is second with an 81-point outing, but those are the only two who’ve topped the 80-point mark.

As far as average points per game during a season, only eight times has a player averaged better than 35 points per game—five of those times were by Chamberlain, one by Bryant, one by Rick Barry, and the final one was by Michael Jordan.

Graff actually won the Golden Slam in ’88 when she added an Olympic Gold in the same year.

Serena Williams famously came close this year, winning the first three majors, but was tripped up in the semifinals of the US Open.