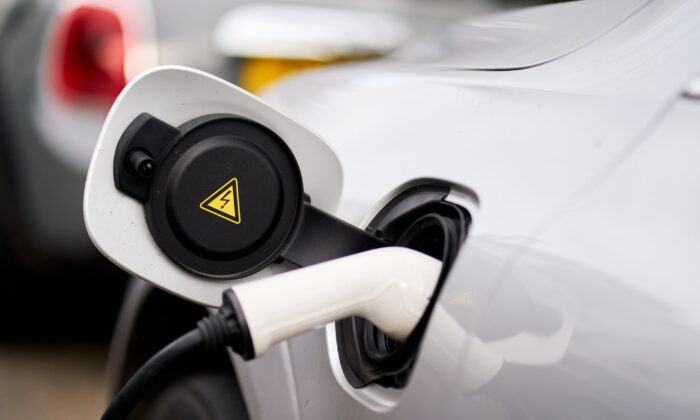 What Does the Push to Phase out Fossil Fuel Cars Actually Achieve?

The Australian Capital Territory (ACT) has become the first Australian government to legislate the phase-out of fossil fuel-powered vehicles. The new policy heralds a ban on the sale of internal combustion engine vehicles, which will come into effect in 2035.

The timing is interesting. Three successive energy security crises have dominated the news cycle for the last six months—the global oil shortage, Europe’s natural gas shortage, and most recently, Australia’s electricity shortage. But it is increasingly evident that climate action has taken centre stage in the minds of politicians, and electrification has become “locked in” as one of its key ingredients.

Governments should always be cautious about interventions of this kind due to the high risk of unforeseen consequences. Unfortunately, try as they might, it is nearly impossible for legislators to predict the actual outcomes of their actions, and the road can be bumpy.

Meeting this new requirement will require a large effort from the car industry to secure and scale up zero-emission vehicle (ZEV) supplies, matched by a significant roll-out of vehicle charging/filling facilities, relevant road-side assistance expertise and similar, with coordinated efforts in adjacent states, so that interstate travel remains possible.

An obvious concern for this decision is that costs may be higher than expected—not just the cost of the vehicles (expensive), but the cost of the infrastructure (non-existent), cost of electricity (high), and costs associated with flow-on effects from the decision and any behaviour changes it causes.

The impact on costs of living is a sensitive issue at a time when economists are observing many leading indicators for high inflation and potentially even a global recession.

Policy-makers, however, are convinced that the price of electric vehicles will reduce over time, and the transition will be feasible without unduly imposing on consumers.

It is reasonable to expect that the prices of EVs will reduce. Most technologies follow a reducing cost trend over time, for example, solar panels and smartphones.

The immediate effect of increased demand is an increase in prices, but longer-term price reductions emerge due to improved manufacturing efficiencies, dilution of overhead costs, and competition.

Most of an electric vehicle (EV) is the same as any other vehicle, the obvious exception being the battery, and hence it is the battery that will dominate any permanent price difference.

Batteries require metals that only come from a few source countries; the rate of extraction of these commodities will have to increase to match the higher number of vehicles. Therefore, limitations on battery material supply are expected to affect the prices and achievable production rates for some time.

Some Good News for ACT Budgets

Fortunately, several factors provide ACT citizens with some protection against cost impacts from this policy.

First is the 13-year delay, which is enough time to see a significant change in economic conditions.

The second is that the United Kingdom’s similar policy sets a target date five years earlier, for 2030. Hence, there will be an opportunity to learn lessons from them and hopefully achieve better timing on the cost reduction curve—provided the cost actually does reduce.

The third is that the new rule applies only to vehicles being sold—the ongoing use of existing vehicles will soften the impact of the change.

Lastly, the ACT is small, and currently, it is possible to cross the border and buy a vehicle in another state—it’s difficult to see how they could prevent that when the specifics of the policy are unveiled.

Given these factors—the biggest risk I see is that the idea goes viral and all the other states catch it or that they repeatedly revise the transition date closer and closer due to the climate “emergency.”

Opinions about the viability of the policy are mixed, but the other obvious question is what will it actually achieve? The answer is very little.

Electrification is at best a secondary climate change response; an electric vehicle is only as green as the electricity used to charge it.

Though it is commonly claimed that the ACT runs on 100 percent renewables, that is only due to the happy accident that they are small and that the Snowy Hydro Scheme is on their side of the border.

The ACT is not actually a distinct region of the East Coast grid; it is part of the New South Wales grid, which has only 20 percent renewable generation and the highest proportion of coal generation, at 75 percent. EVs running off that grid can hardly be described as renewable!

So why electrification? There are two rationales for the move.

The first is that while it may not be fully decarbonised, at least electricity can be decarbonised.

We cannot widely adopt wind and solar-powered cars. The only way that such energy can be used for vehicles is if it is stored for use—either in batteries or as hydrogen. (Batteries vs hydrogen have been compared to the VHS vs Betamax race from the 1980s. Batteries are winning. For now.)

The second rationale is that electricity network operators would like to use the storage in your car’s battery to help solve their system-wide storage problem.

However, this is a double-edged sword. It will only work if they are given control of your battery charge timing and levels. If they don’t have control, then the increased load from EVs will add to the problem instead of forming part of the solution.

As with most climate change responses, this incremental change is like detecting a pea under a pile of blankets. Changing only one portion of one industry sector in one territory of one small country to a new energy source that is only 20 percent renewable, and remembering that each vehicle still has to offset the emissions from its own manufacture before it does any good… is it all worth the risk and the cost? Is it the most effective way to spend that money?

Australian governments have selected a specific energy transition vision and appear willing to take a “make-or-break” approach to advance it. However, I have serious concerns about our energy security at a system-wide level.

Regarding this specific decision, though, I don’t think it will achieve anything for the climate, but I also have no objections to electric vehicles.

Regardless of the flak EVs frequently take from critics; they appear to be ascending even without government help. And they have one significant undeniable factor in their favour—customer satisfaction. People who buy them like them.