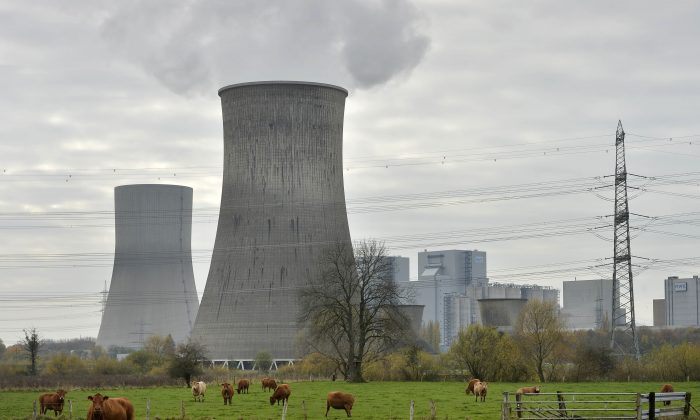 What Countries Have Offered for Paris Climate Agreement

BONN, Germany—Ethiopia on Wednesday became the latest country to present a plan to reduce its greenhouse gas emissions for a global climate pact that’s supposed to be adopted in Paris later this year.

Ethiopia’s emissions are just a tiny fraction of the world total, but the African country said that with support from developed nations it would bring them down slightly by 2030.

Collectively, the 28-nation EU is the world’s third-largest source of greenhouse gas emissions.

The submission, which came during climate talks in Bonn, means that the U.N. now has targets covering 39 countries well in advance of the Paris summit.

However, early analyses by climate researchers and environmental groups show the combined impact falls short of the sharp cuts in emissions that scientists say are required to keep global warming in check.

Here’s a look at what the biggest polluters have offered, each using their own timeframes and accounting methods:

Collectively, the 28-nation EU is the world’s third-largest source of greenhouse gas emissions. The bloc has pledged to cut its emissions by at least 40 percent by 2030 compared to 1990. It’s already halfway there, having slashed climate pollution by nearly 20 percent since 1990. Renewables like wind, solar, and hydropower make up about 15 percent of its energy mix, and the EU aims to boost that to 27 percent in 15 years.

The biggest climate polluter historically and current No. 2, the United States aims to make its 2025 emissions 26 to 28 percent lower than they were in 2005. That’s equivalent to a 14 to 17 percent reduction below 1990 levels, according to Climate Action Tracker, a research group that analyzes countries’ targets.

In its submission to the U.N., the United States said it plans to achieve its target with a range of measures, including stricter standards on carbon pollution from power plants and motor vehicles and reducing the use of highly potent greenhouse gases used in refrigeration and air conditioning.

Most developing countries aren’t expected to cut their emissions in the next decade because they need fossil fuels—a key source of energy and emissions—to grow their economies. But they can slow the increase in emissions by boosting the share of renewables, increasing energy efficiency and other measures.

Mexico has pledged for its 2030 emissions to be 25 percent lower than they would have been without any climate actions. It’s willing to raise that target to 40 percent with financial and technological support from rich countries.

The world’s most populous country and top climate polluter is expected to submit its climate target to the U.N. by the end of June. But in a historic joint announcement with the United States in November 2014, it gave an indication of what the highlight will be: a pledge to peak its emissions around 2030.

Some analysts project China’s peak will come sooner. Much will depend on whether the country is able to reduce its dependency on coal for electricity generation. Coal generates the highest emissions of all fossil fuels.

Japan, the world’ fifth-largest emitter of greenhouse gases, hasn’t officially submitted a target to the U.N. but announced plans to reduce emissions by 26 percent from 2013 to 2030. Critics say that’s less ambitious than what the United States and EU have offered. According to Climate Action Tracker, it corresponds to an 18 percent reduction below 1990 levels.

The government wants to restart nuclear reactors that met upgraded safety standards following the 2011 disaster in Fukushima. Meanwhile, fossil fuels remain the preferred option, with more than 40 coal-fired power plants planned or under construction. Japan’s plans call for fossil fuels to account for just over half of total power generation in 2030, with 24 percent from renewable energy and 22 percent from nuclear power.

Moscow has pledged to reduce greenhouse gas pollution by 25 to 30 percent by 2030, compared to 1990 levels. Russian emissions fell sharply with the collapse of the Soviet economy but have started climbing again. It’s unclear how Russia plans to account for the effect on emissions of its vast forestry sector—forests absorb carbon from the atmosphere. Climate Action Tracker estimates that if forests are part of the Russian target, it would mean industrial emissions would only need to decrease by 6 to 11 percent compared to 1990.

After withdrawing in 2011 from the Kyoto Protocol, the emissions treaty that the Paris agreement is meant to succeed, Canada has been widely viewed as a laggard in the U.N. climate talks. Ottawa has pledged to cut emissions by 30 percent below 2005 levels in 2030.

Observers of the climate talks have dismissed that target as too weak, but also raised questions about whether it can be achieved. There are doubts over whether Canada will meet an earlier, voluntary target to reduce its emissions by 17 percent in 2020, mainly because of growing emissions from tar sands projects.

India, Brazil, and Australia are among the largest emitters that haven’t yet presented their targets. U.N. officials hope that most countries will have done so by October so that they can be added up and their aggregate effect evaluated before the climate summit in Paris.