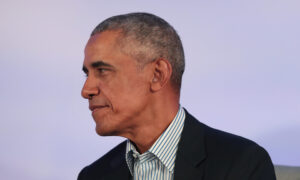 FBI, NYPD Raid Fashion Mogul Peter Nygard’s Manhattan HQ in Sex Trafficking Probe
0
What Could You Get for $175M? a Huge Estate and a US Record
US

What Could You Get for $175M? a Huge Estate and a US Record

A 63-acre island estate that went on sale this week for the first time in over a century includes a stone mansion, a 21-stall horse stable and a natural cove that can shelter boats in stormy weather.

It also has an asking price of $175 million, which industry experts say would easily break a record for the most ever paid for a residential property in the United States.

Since around 1900 the property in Darien, Connecticut, has belonged to the family and descendants of William Ziegler, an industrialist who made his fortune in baking powder. The family decided to sell the estate, known as Great Island, as younger generations have moved on and the main house has not been occupied for some time, according to David Ogilvy, the listing agent.

The record for the most expensive American home was set by a property that sold in 2014 in New York’s Hamptons for $147 million, according to Jonathan Miller, president of Miller Samuel Real Estate Appraisers & Consultants, who also tracks luxury home sales as a hobby.

In the rarefied market of super high-end homes, Miller said there was a flurry of listings over $100 million around the country a couple years ago, but many lingered for a year or longer without selling.

“How deep or wide is that pool of buyers? It’s not as deep as was assumed a few years ago,” he said.

The island sits in Long Island Sound and is connected to the mainland by man-made strips of land. It has a half-mile-long driveway leading to the main house, several additional homes, a polo field, a private beach and dock, as well as a boathouse. It is about a mile from a commuter train station and Interstate 95.

Robyn Kammerer, a local real estate executive with Halstead Property, said she believes the asking price is reasonable considering the property’s proximity to Manhattan and its expansive, secluded shoreline.

Given that the main house has been unoccupied, Ogilvy said the new owners likely will want to make renovations. But Kammerer said that probably would not be a stumbling block.