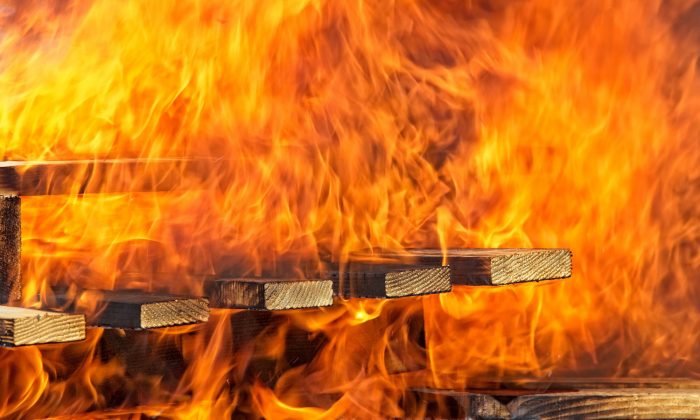 Winter has arrived and people Australia-wide are looking to keep warm as they plug in or fire up their heaters and take their electric blankets out of storage. These simple measures to keep out the cold can unwittingly start a fire, and authorities encourage residents to be vigilant and take precautions.

Figures from insurer Allianz show that most fire claims are from those that start in the home, and not from outside bushfires. Another insurer, Suncorp, said home claims from 2011 to 2016 show that fire claims across the country spike during the winter.

Below are key considerations to minimise the risk of house fires and what to do in one.

The main precaution people can take to prevent an accidental fire is make sure they have working smoke alarms, Department of Fire and Emergency Services (DFES) Commissioner Darren Klemm told ABC News.

“We just can’t stress enough how important it is that you have a working smoke alarm,” he said. “The device needs to be changed every 10 years and you need to test it every week by pushing the button. Also make sure it’s clean, with no cobwebs or dust on the smoke detectors because it is a life saver.”

“Recent house fires have been caused by clothes being draped over heaters, burning logs rolling out of open fires and children being left unattended with candles,” Bailey said.

Preventative measures begin with people being more attentive by turning off heaters and electric blankets, and putting out all fires, candles, and cigarettes when they are not at home, and before getting into bed.

People should keep objects at least one metre away from heaters and open fires. Heaters and electric blankets should also not be used if any faults are suspected.

“We want everyone to have a safe winter but many products can be unsafe if they are old, faulty or not used correctly,” WA’s Director of Energy Safety Ken Bowron said. “Just taking a few minutes to check heaters and electric blankets before use can prevent serious injuries or even a tragedy.”

In particular, gas heaters should be serviced before use.

“Air filters, air ways, fans, and burners can become blocked by lint and dust, especially if the heater has been stored in a garden shed or similar over the summer which can lead to overheating and burner problems and producing carbon monoxide gas,” Bowron said.

Carbon monoxide is an odourless gas that can make a person pass out or die. It can be produced by faulty, misused, or poorly maintained gas appliances.

“With heaters being idle for many months over summer it is important to have them serviced by a licensed gas fitter or service agent to make sure it is working properly,” Bowron said.

Electrical appliances and faults cause almost 40 percent of home fires, according to Fire and Rescue NSW.

Many people charge electronics on or close by the bed, which can make them vulnerable to fire, Director of Electricity Compliance Michael Bunko told ABC News.

“When you are using tablets, or other small electrical appliances, make sure that you don’t use them in bedding or cover them—they dissipate heat when they’re charging,” he said. Bunko also encouraged people not to leave devices charging unattended.

Other tips to minimise the risk of electrical fires:

Close to half of home fires start in the kitchen. Fats and oils can overheat and catch fire quickly.

“If you are cooking and in the kitchen then you shouldn’t be distracted. Don’t leave the kitchen when you’ve got things on the stove-top,” Bunko told ABC News.

In a fire, get out immediately and call 000. Do not return to the house. There may only be a few minutes before the fire and smoke become life threatening. Residents should have an escape plan well-prepared in case of a fire.

“The most important thing that must be done before an incident occurs is to have a plan,” Klemm told ABC News.

This involves discussing with your family or housemates and planning escape routes, at least two ways of leaving each room swiftly in case of a fire, and practising the routine with all members of the home.

“Sitting down with your children, having a meeting point outside the home,” Klemm said, as an example for families. “Doing this is really important for firefighters because our first priority is life.”

Queensland Fire and Emergency Services acting zone commander for the Sunshine Coast, Jeff Keating said the experience can be fun for families with young children if parents turn out the lights so that everyone can practise escaping in the dark.

“I know how black it can get in a fire, when you can’t even see your hand in front of your face… then you have choking smoke thrown on top of it and the effect of smoke is very disorientating. You may think that you know the room or the area but when it is black and full of smoke, it can be very difficult to know which way to go,” he said.