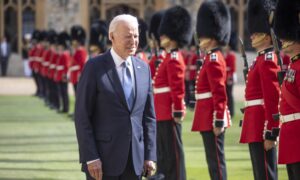 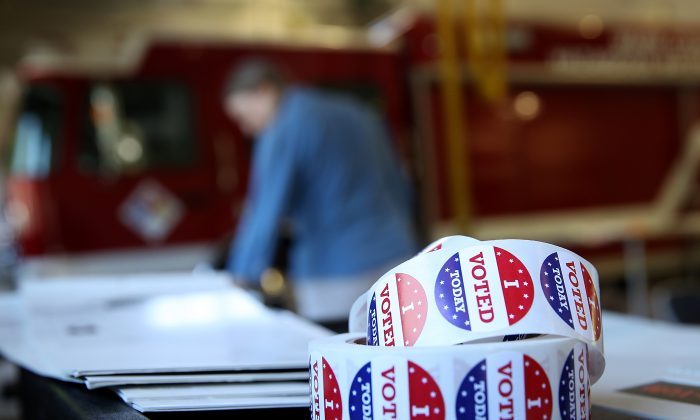 A roll of "I Voted" stickers sit on a table inside a polling station at a Ross Valley fire station in San Anselmo, Calif. on June 5, 2018. Conservatives need to vote and recruit more Republican voters if they are to turn the tide of progressivism, argues Mark Hendrickson. (Justin Sullivan/Getty Images)
Viewpoints

What Conservatives Must Do

Many people I know, Democrats and Republicans alike, suffer from political fatigue. They lament not being able to avoid politics.

Indeed, politics today is ubiquitous. It surrounds and engulfs us. That is because major aspects of our lives that formerly were our private business are now matters of public policy. Washington is now involved in our childhood, livelihood, businesses, education, housing, health care, family lives, retirement, and more. The myriad government programs, created to “help” in these spheres, have pushed our government into colossal indebtedness and perennial budget deficits.

Progressives and conservatives both share blame for this state of affairs. For well over a century, progressives have rejected the founders’ vision of a federal government limited to keeping the peace and defending our rights against enemies foreign and domestic. The progressive ideology asserts that government is responsible for the economic well-being of citizens. Consequently, progressives have promoted continuous expansions of government power, requiring ever-larger redistribution of wealth.

The basic problem with progressivism’s drive for “more government” is that there is no bright line that indicates when government has expanded enough. If government is helping Ms. A, why not also help Mr. B? If government is to take care of some health care needs, why shouldn’t it take care of all of them? There always will be unmet wants and needs, so in the progressive worldview, there always will be a demand for more government. Progressivism has been the American road to socialism, and we can thank Bernie Sanders et al. for acknowledging that socialism is indeed the progressives’ goal.

Minding Our Own Business

While it is the progressives who have been the primary drivers of Big Government, many of us who call ourselves conservatives aren’t without blame. It’s always been a conservative value to live by the creed, “You live your life and leave me alone, and I’ll live my life and leave you alone.” American conservatives have believed that each of us should be free to work for the kind of life we want. The notions of top-down (i.e., governmental) economic planning and social engineering are abhorrent to conservatives.

The question is, then, why haven’t we checked the advance of progressivism? The answer: Because we were spoiled.

My generation (the baby-boomers) and earlier generations of Americans grew up with much less government than there is today. We were the most blessed of human beings, free to live our lives as we saw fit. But we took our freedom for granted. This has been a possibly fatal mistake.

We assumed that if we just peacefully went about our business without infringing on the rights of others, that our fellow Americans would do the same. We were too busy minding our own business and striving for our little slice of the American dream to pay sufficient attention to the Big Government agenda of the progressives. Minding our own business—a traditional social virtue—became a political vice.

Plato summarized the present challenge centuries ago when he wrote, “The price good men pay for indifference to public affairs is to be ruled by evil men.” I’m not saying that progressives categorically are evil men and women. What I am saying is that the closer progressivism takes us to socialism, the more powerful government will be, and since, as Lord Acton said, “Power tends to corrupt, and absolute power corrupts absolutely,” we are in great danger.

There are at least three things that conservatives can do to blunt and reverse the momentum of progressivism.

First: Vote. Many conservatives recoil from voting for what they consider “the lesser of two evils,” so they don’t vote. Please try this thought experiment: Picture yourself in a strange, far-off democracy. Two candidates are campaigning to be elected as the country’s next ruler. One candidate will use the powers of office to kill 100 innocent individuals; the second, to kill 50. For whom would you vote?

Repulsed by the ugliness of the choice, your first impulse might be neither. But consider the practical consequences of abstaining from voting. If you don’t vote for “Kill 50” because you object to killing in principle, you increase the odds that “Kill 100” will win. Voting for “Kill 50” doesn’t mean that you endorse murder; it means that you are doing the only thing you possibly can do to try to save 50 innocent lives. You would be perfectly justified in despising both candidates, but if you withheld your vote and “Kill 100” wins, could you live with yourself by doing nothing to defeat the greater of two evils?

Second: Give greater support to conservatives running for office. Politics is a brutal business. The left will attempt character assassination (e.g., Justice Brett Kavanaugh). They will try to intimidate by harassment, aggression, vilification, and bullying. It takes a brave man or woman to be willing to expose themselves to these threats in order to uphold conservative principles in government. Such individuals deserve our support.

Third: As much as it runs counter to your instincts to mind your own business, you need to find ways to recruit Americans who currently don’t vote. That is a massive pool of potential voters, larger in number than those who do vote. On a nationwide basis, the current voting populace is divided close to 50–50. The true believers on the other side aren’t likely to be converted. The best chance for conservatives to advance our principles is to get others involved.

The carefree days of living with politics being only an occasional matter of concern are over. Moving forward on automatic pilot isn’t an option. Our political problems won’t magically solve themselves. We must become more active. To avoid this opportunity is to concede defeat.

In a statement that could serve as either a commendation or a condemnation, philosopher Joseph de Maistre once declared, “Every country has the government it deserves.” If progressives prevail and lead us on to socialism, de Maistre’s statement will condemn us. If conservatives can thwart that intent and reclaim a limited government for Americans, we will remain free and prosperous, and history will then commend us. The choice is ours.