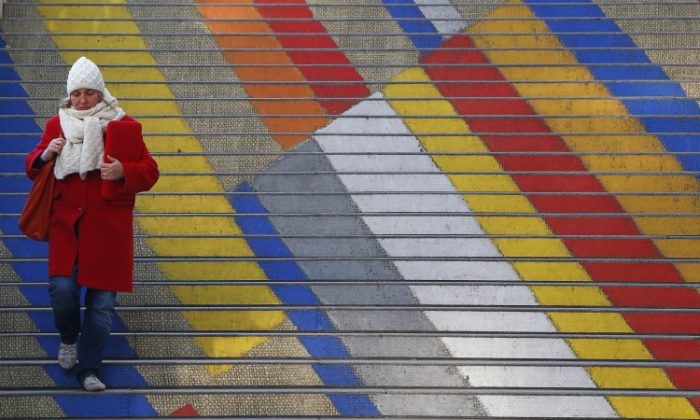 A woman walks down the colored steps of the Albertina museum on a cold day in Vienna on Dec. 3. (Alexander Klein/AFP/Getty Images)
International

What Cities Have the Highest, Lowest Quality of Life?

Vienna, the capital of Austria, was ranked at the top of a quality-of-life survey in 2012 for the fourth year in a row, while Baghdad was placed at the bottom, out of 221 cities, according to consulting group Mercer.

After Vienna comes Zurich, in Switzerland, then New Zealand’s most populous city, Auckland, the survey found. Munich, Germany, and Vancouver, Canada, round out the top five, with the majority of the top 25 cities located in Europe.

“Overall, European cities continue to have high quality of living as a result of a combination of increased stability, rising living standards and advanced city infrastructure,” Slagin Parakatil, senior researcher at Mercer, said in a statement. “But economic turmoil, political tension, … and high levels of unemployment have continued to be problematic in the region.”

Baghdad routinely experiences bomb and gun attacks carried out by extremists, and political violence is also frequent, according to the U.S. Department of State.

The highest-ranked cities in the United States are Honolulu and San Francisco, which were ranked 28th and 29th, respectively. New York City was ranked 44th on the list, which tied with Tokyo—the most populous city in the world.

Mercer conducts the quality-of-life survey each year to provide data for international companies and organizations to compensate their employees in a fair way.

After Baghdad, the next worst ranked city in terms of quality of living is Bangui in the Central African Republic. Then it’s Haiti’s capital, Port-au-Prince; Chad’s capital, N’Djamena; and the Sudanese capital of Khartoum. The worst ranked city in terms of infrastructure is Port-au-Prince, Haiti’s capital, which is still recovering from a devastating earthquake that killed hundreds of thousands nearly three years ago.

“The ongoing turmoil in many countries across North Africa and the Middle East has led to serious security issues for locals and expatriates,” Parakatil said. “Many countries continue to experience violence through political demonstrations that have sometimes developed into massive uprisings and led to serious instability within the region,” he said, citing the uprisings in Syria and coup in Mali.

To make the survey, Mercer analyzes each of the 221 cities based on 39 factors in 10 categories, including crime rates, government stability, economic factors, access to medical care, and pollution.

Countries with unstable political situations and ongoing unrest tend to score lower than other countries.

Tbilisi, the capital of Georgia, was the worst ranked city in Eastern Europe at 213th, and Tajikistan’s capital Dushanbe was the lowest ranked in the Asia-Pacific region at 207th.