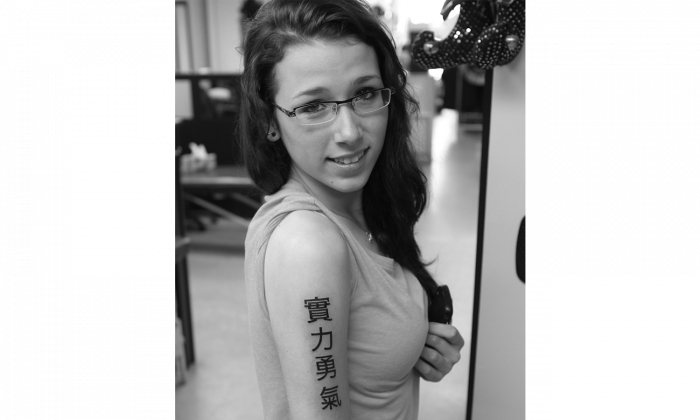 Undated photo of Rehtaeh Parsons, who took her own life as a result of cyberbullying. Several new Atlantic Canada cyberbullying cases raise questions about whether teens have learned anything from Parsons' death and similar tragedies. (Jason Barnes/Wikimedia Commons)
Canada

What Are They Thinking? Teenagers, Naked Photos, and Cyberbullying

HALIFAX—Several new Atlantic Canada cyberbullying cases, including one 15-year-old girl charged with posting a nude photo of another girl, have raised fresh questions about whether teens have learned anything from Rehtaeh Parsons’ death and similar tragedies.

“It is kind of both surprising and somewhat disturbing that these things keep happening in spite of all that has gone on with the Rehtaeh Parsons case, the cyberbullying task force and national attention to these issues,” said Wayne MacKay, a law professor at Dalhousie University who led a provincial task force on cyberbullying after Parsons’ death.

“There’s a really important role for schools, for parents, for the media, for everyone in society to send the message that this is not acceptable conduct. It’s not just illegal conduct—it’s conduct that can make a huge difference in the life of the person affected.”

It’s not just illegal conduct—it’s conduct that can make a huge difference in the life of the person affected.
— Wayne MacKay, Dalhousie University

Parsons was 17 when she was taken off life support after attempting suicide in 2013. Her death drew national attention after her family alleged she was sexually assaulted at the age of 15 in November 2011 and then bullied after a photo of the incident was shared online.

Similarly, Amanda Todd, 15, took her life at her Port Coquitlam, B.C., home in 2012 after an explicit photo of her was shared on Facebook.

British Columbia’s privacy and children’s watchdogs submitted a joint report to the provincial legislature in November, calling for a co-ordinated, cross-ministry strategy to prevent online harassment.

“The high-profile suicides of recent years of Canadian teenagers—including B.C.’s Amanda Todd—appeared to be a response to particularly vicious cyberbullying,” the report said.

“These tragic cases, and many other instances of exploitation of young people, have brought the issue of cyberbullying to the forefront of public consciousness.”

Kristen Loyst, spokeswoman for the Annapolis Valley Regional School Board in Nova Scotia, said she could not release any details about the teens involved, the school they attend, or their status as students, citing privacy concerns.

“We are taking this matter … very seriously,” she said.

“In situations like these, we provide support and guidance to students and we do have ongoing instruction on proper digital citizenship and appropriate use of technology.”

News of the charges in Nova Scotia comes as school officials and police in Newfoundland and Labrador deal with a rash of so-called “ugly girl” polls online.

The province’s English School District has received complaints of six anonymous surveys that ranked girls based on their looks. They involve five polls reported across the island, including one that made national headlines in Torbay, and a potential incident in Labrador.

High school student Lynelle Cantwell of Torbay inspired an international show of support, including flowers delivered to her home, after posting a Facebook reply to those who named her in a survey last month.

“I’m sorry that your life is so miserable that you have to try to bring others down,” it said.

You’ve got to wonder how these kids got to the point where they would do such an awful thing.
— Michael Ungar, Dalhousie University

Michael Ungar, an author and social work professor at Dalhousie University, specializes in building resilience for children and communities. He said it’s best when kids who are targeted can use the power of social media to make allies and fight back.

“It’s a good life lesson. They’re going to have to learn these skills to be able to have this competency to stand up for themselves.”

As for the kids behind such attacks, Ungar said there are uncomfortable questions to be asked.

“You’ve got to wonder how these kids got to the point where they would do such an awful thing. What kind of messages have they heard, not necessarily from their parents but from adult society, that promotes such behaviour?”