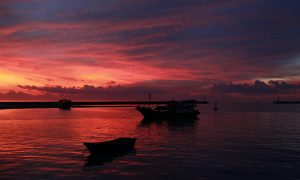 Why Is the Sky Blue? Why Are Sunsets Colorful?—Answers Here
0
Share Now
TelegramFacebookTweetEmailTellMeWeReddit
Copy Link 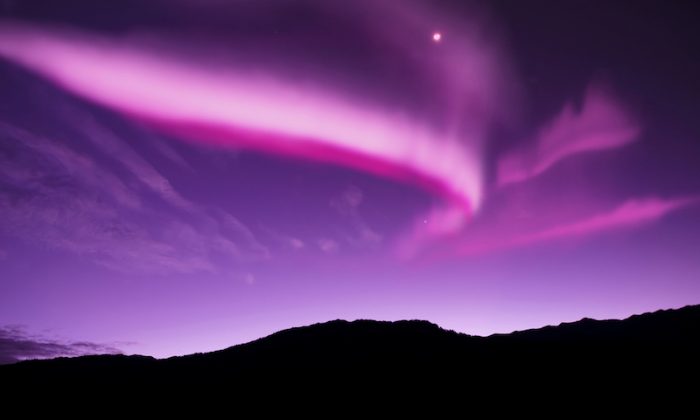 What Are the Northern Lights?

For millienia, northern peoples have watched ethereal filaments of light dance silently across the night sky. But when they shone over Aberdeen last week, I was, to my disappointment, asleep.

But as I lament the spectacle that I have missed (but fortunately have seen before) I hum the tune of a local folk song, “The Northern Lights of Old Aberdeen”, hoping that, by virtue of my privileged Northern geography, I will see the aurora borealis again soon.

Some, such as the Norwegians and the Finns, traditionally viewed these spectral displays pragmatically: to them the Northern Lights portended “changes in the wind” or were otherwise useful for long-term forecasting. These days they still inspire quiet exhilaration.

Fanciful explanations offered by ancient peoples of the Northern Lights reassure me that my astonishment is not isolated. For example in Scandinavia, the Northern Lights are said to be caused by the skin of a giant whale reflecting the sun’s rays, or perhaps by a great beast chained on a far-off moor.

What are the Northern Lights?

The Northern Lights are described by physical principles which, rather astonishingly, apply to more than 99% of the ordinary matter in the universe. These principles are known in the trade as plasma physics.

Roughly speaking, a plasma is an ionised gas of positively charged ions and negatively charged electrons which displays collective behaviour. This behaviour is often so complex and difficult to model that in a well-lit cafeteria at the JET fusion plasma experiment in Culham, Oxfordshire, my colleagues and I decided that plasmas to all intents and purposes have a mind of their own!

Were it not for the complex electromagnetic interactions between the particles in a plasma, “da Mirrie Dancers” (as the Northern Lights are known in the Shetland Islands), would never have taken to the stage.

To really understand the Northern Lights, we must look to the sun. The sun is constantly streaming energetic particles of plasma out into space. This is the well known solar wind which travels at some 350 miles per second. When the electrons in the solar wind reach the Earth’s atmosphere, they excite a region called the magnetosphere and cause it to glow.

The colour of the glow depends on the elemental composition of the plasma itself. For example at middle altitudes, energetic cosmic rays split molecular oxygen (O2) into monatomic oxygen (discrete atoms) – and the resulting Northern Lights are green.

Given that the solar wind is roughly constant, you begin to wonder why those of us who don’t live at polar latitudes see the Northern Lights so infrequently. The lights weren’t visible from Scotland or southern Scandinavia at all between 2001 and 2011, and then relatively dimly in 2012 and 2013. The answer for this variation, as you may imagine, is tied up with the behaviour of the sun.

In the 19th Century, the German astronomer Schwabe discovered the “solar cycle”, a variation in the number of sun spots visible on the Sun that takes place roughly every 11 years. These sun spots are in fact violent magnetic storms – often hundreds of thousands of miles in diameter – which are privy to ejecting massive quantities of plasma out into space.

We have yet to come up with a satisfactory explanation for the intervals, but these events are called coronal mass ejections (CMEs). They are responsible for the largest (and most southerly visible) Northern Lights spectacles. When a well aimed CME hits the Earth’s atmosphere, most of the plasma is deflected by the Earth’s “magnetic shield”: known as the magnetosphere. But at certain regions near the poles, the CME can travel down the Earth’s magnetic field lines and excite superb Northern Lights much further south than the polar latitudes.

In short, the reason why you don’t see the Northern Lights above the southern UK more often is because of the infrequency of large CMEs hitting the Earth’s atmosphere.

Nonetheless, the sun is currently peaking in its solar cycle, meaning that there are a maximum number of sun spots from which a CME could erupt. This makes 2014 an excellent year for seeing the Northern Lights, so be sure to sign up for free Northern Lights alerts.

Be quick though: If you don’t see them this year, it’ll be another 11 years before the solar cycle reaches its next maximum. So there might be little to see from British shores for some time to come.

James Reid does not work for, consult to, own shares in or receive funding from any company or organisation that would benefit from this article, and has no relevant affiliations.