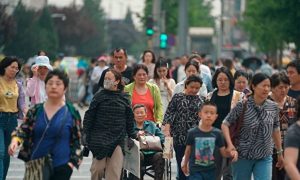 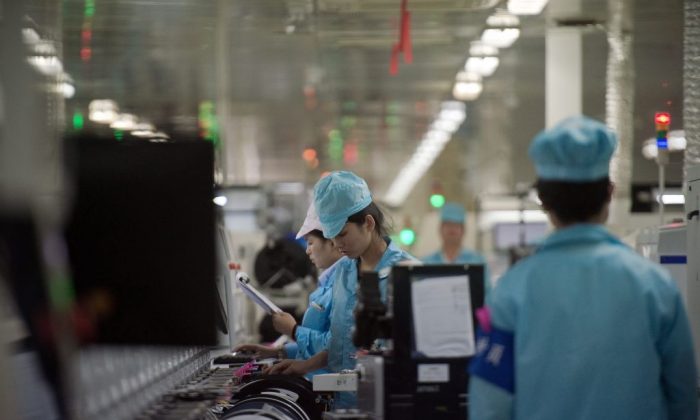 During the Cold War, around half of the world ran on the technologies, machinery, and political ideologies developed by the Soviet Union. The other half—the free world—adopted those of the United States and its allies.

As trade war tensions between the United States and China escalate, could we be on the cusp of a new version of the cold war, one which is driven by technology and finance?

Since U.S. President Donald Trump has deemed Chinese telecommunications giant Huawei Technologies as a national security threat and barred it from purchasing key U.S. equipment, Beijing has engaged in an escalating tit-for-tat that could have lasting ramifications on the technology industry going forward.

And Huawei may just be the beginning. Several other Chinese companies are being considered to join the blacklist with Huawei.

If a technology cold war does come to pass, it would significantly alter the existing technology landscape, dismantle global supply chains, and cleave off the global trade network that has underpinned China’s rise as a global economic power.

Decoupling of the Global Supply Chain

Global consumers are used to seeing this familiar description donning Apple products’ packaging for years: “Designed by Apple in California. Assembled in China.”

That’s the model followed by most technology companies during the past few decades. American companies develop new technologies and products in the United States, which are assembled by comparatively cheap labor in China, and then shipped for sale globally.

Going forward, purchase orders would likely need to be rerouted.

A wide-ranging ban similar to the one imposed on Huawei and its affiliates would effectively bar other foreign companies whose products contain at least 25 percent U.S.-sourced technology from supplying the Chinese.

What does this mean in practice?

More companies may begin to adopt localized R&D and manufacturing practices. Instead of Chinese factories supplying the world when labor costs were low, localized operations to directly supply the China market may be set up.

Around 33.2 percent of American companies operating in China are delaying or cancelling investments in China altogether, according to the most recent American Chamber of Commerce in China survey released on May 22. If the tariffs are more permanent in nature, U.S. companies will likely move production outside of China, which is increasingly seen as a prudent choice given rising political instability within China and growing labor costs.

Another 35.5 percent of respondents are adopting an “In China, for China” approach to mitigate the impact of tariffs, according to the AmCham survey. That refers to manufacturing products to be sold in China, within China. That strategy may be broadened in a full-on technology cold war, as research and innovation may also need to be localized and companies may need to erect internal information barriers.

Chinese companies will be the main losers—there are no existing domestic replacements for many U.S.-sourced components.

For example, Huawei’s chip-making arm HiSilicon currently derives its Kirin chip architecture on license from UK-based semiconductor firm ARM Holdings. But in May, ARM notified Huawei that it would stop licensing its chip designs to HiSilicon due to having certain U.S.-sourced origins.

Huawei also lost access to Google’s Android software platform, which is the main operating system running on all Huawei smartphones. As of the end of May, the U.S. Commerce Department gave Huawei a temporary, 90-day license to provide security patches to existing phones.

In addition, Huawei has been suspended from the Wi-Fi Alliance, an industry standard-setting body for technology protocols.

These events don’t just hobble Huawei—they effectively ground its ambitions to a halt. Without access to these technologies, there’s simply no way for Huawei to reach its goal of overtaking Samsung as the world’s No. 1 smartphone supplier. And on the networking front, Japan’s SoftBank became the latest potential customer to reject Huawei for 5G networking equipment, announcing on May 31 that it would be turning to European telecom giants Nokia and Ericsson instead.

Should similar bans extend to other Chinese companies—many of which have far smaller operational support and balance sheets than Huawei—many of them could cease operations altogether.