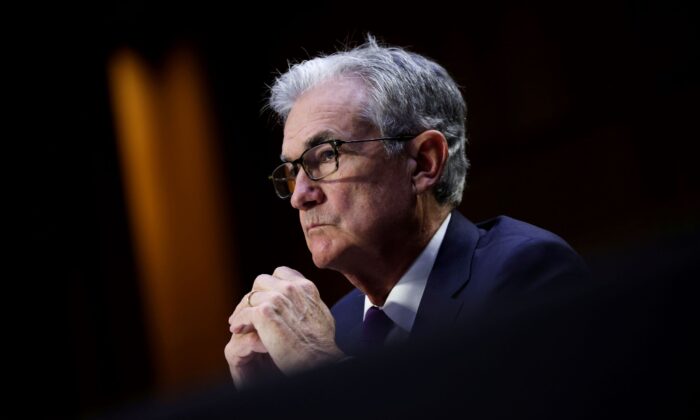 Professor Jeremy Siegel sounds pessimistic about the equity market. The Russell E. Palmer, finance professor at the University of Pennsylvania’s Wharton School of Business, predicted the Dow Jones would rise above 20,000, years before it did. Now he warns that “too much money chasing too few goods implies that inflation is likely to be a worse problem than Wall Street expects.” He thinks this means that the Federal Reserve will have to be much more aggressive than most analysts and economists currently predict.

In an interview with CNBC that aired on Jan. 12, Siegel said, “Everything is pointing upward. Everything is going up.” He went on to assert the surge in inflation is likely to force the Federal Reserve to be “far more aggressive than what Wall Street thinks.”

The general consensus is that the Federal Reserve will wind down its bond-buying over the next 18–24 months and raise interest rates four times by a quarter-point through this year and again next year.

Of course, there is good reason to believe that government statisticians fiddle their calculations of the cost of living. Consider that the average family spends 1/3 of its income on housing. Various authoritative sources report that rental and U.S. home prices jumped by up to 18 percent over the past year (Case-Shiller through October).

As you may know, the CPI does not measure new home prices directly but includes a statistical confection known as “homeowners equivalent rent”—what you would have to pay to rent your house (including what you might have to pay to rent from yourself).

In other words, the stock market would need to fall by 75 percent to come back into line with historical norms.

Siegel doesn’t buy into the current mainstream argument that price jumps are being caused by just a supply-chain bottleneck issue exacerbated by the COVID-19 pandemic. Siegel believes it’s a much more serious issue tied to demand fundamentals. The Federal Reserve’s cheap money strategy was implemented in the aftermath of the Great Recession of 2008–2011, which was strengthened in March 2020 when the COVID-19 outbreak shut down the nation.

Siegel maintains, “This is a demand problem; there is too much money chasing too few goods.”

Siegel’s remarks imply that instead of the marginal rate increases of .25 of one percent being assumed, the increases might be bigger and more numerous to beat back inflation. Siegel isn’t the only notable economist thinking Wall Street’s interest rate and bond portfolio run-off actions by the Fed will be much more aggressive.

I have argued elsewhere that the multi-year plunge in the velocity of money suggests that the prospect of deflation is greater than most market participants imagine. Notwithstanding prodigious increases in the monetary base, annual CPI increases have remained modest. Indeed, FED officials have fretted that inflation was too low, fearing that it might turn into deflation.

The dynamic of monetary growth and contraction is complicated. It entails an interplay of cause and effect—a tug-of-war between market forces and politics. Whether market forces can compel Federal Reserve authorities to satisfy Siegel’s intuition about the need for greater than expected monetary tightening is still to be seen. But it is hardly out of the question.

Anything approaching a reversion to historic norms implies a multi-trillion dollar shrinkage of p/e ratios.

During a CNBC interview early last week, Jamie Dimon, CEO of JPMorgan Chase & Co., said he expects that the central bank might aim to do more. He and others are expecting rate hikes of as high as .50 points on the first two interest rate hikes then as many as three additional .25 point hikes through the end of this year.

After a more than 20 percent increase in the stock market in 2021, stocks may lose momentum. This would likely be sobering news for Wall Street. However, Siegel believes that so-called TINA, or “there is no alternative” (to stocks), trading will help bolster the equity markets as bonds get hit.

“Stocks are real assets; you just can’t hold paper assets, which are bonds.”

He believes that over the next 2–3 years, stocks could still rise 20 percent. So he’s not totally pessimistic. “Higher real rates will not mean the end to stock market rotation. It happens throughout every market cycle and offers different ways to profit.”

Siegel, of course, is referring to value-oriented stock opportunities, compared with growth stocks, which have been winners over the past several years. The cycle will make the value-oriented stock the most profitable. Higher interest rates will fatten the profit margins of bank stocks; commodity stocks will benefit as demand for everything from copper, lithium, platinum, and gold increases.

The key magic of higher prices is that they effectively dampen demand. If you adopt a cynical perspective, one important benefit of monetary tightening to combat inflation is that it creates chances for wealthy investors by shaking assets free from weak hands.

Maybe the Fed tightening, plus the drying up of COVID-19 relief dollars will bring inflation down in short order. If it doesn’t, here are ways you can hedge against the risk of stocks tanking over the next several months.

A simple way of protecting your stock portfolio against market risk involves using puts on the SPDR S&P 500 ETF (SPY). You can use this approach with a $50,000 portfolio, one worth $500,000, or a $5,000,000 portfolio too: Merely adjust the dollar amount you use in Step 1. The assumption here is that your portfolio is closely correlated with SPY. In other words, we assume that you have enough diversification within your holdings to protect against stock-specific risk. And that you are willing to accept a drop of up to 20 percent in the following months (if you have a smaller risk tolerance, you can use the same approach entering a smaller decline threshold).

Scan for puts to protect against a >20 percent decline in 1,076 shares of SPY over your desired time frame. I advise that you look about six months out. You will be looking to pay no more than 5 percent annualized for your premium. Look for an option that protects you against a >20 percent decline expiring in approximately six months. You want to pay the least amount for the greatest market coverage, but you can expect to pay about 5 percent on an annualized basis for your hedge.

The cost of shelter for the average family is 1/3 of income. Private surveys conducted by the big rental sites Zillow and Apartmentlist.com, show increases of 13 percent to 18 percent during 2021. The Case-Shiller Index of U.S. home prices jumped 18 percent in the year through October. But housing inflation was 4.2 percent in our latest CPI release.

Time will tell if inflation is here to stay.

Historically speaking, if it stays at these levels, investors have assigned stocks a much lower multiple.

These are not predictions, per se, just the data.

Round up the number of SPY shares to the nearest 100 and repeat step 2.

Note that, in this case, it was cheaper to hedge rounding up to the nearest round lot: The cost was $6,391, calculated at the ask. That’s about 1.25 percent of a $500,000 portfolio, or 3 percent annualized. Might be worth it if you’re worried about a return to 1982-style stock valuations.

Another option for protecting your assets is to invest in gold. Over the sweep of centuries, gold has been one of humanity’s best investment options. I strongly urge you to own gold, as gold is an asset that is not some other investor’s liability.

This superiority of gold is disguised when you look at some recent time frames. Gold-price history charts denominated in U.S. dollars show its price flat lining at $35 that runs through most of the 20th century. Thirty-five dollars was the official gold price as set by the United States Treasury from 1934 on. Prior to 1934, the gold price had been fixed at $20.67 for almost a century before President Franklin Roosevelt confiscated Americans’ gold and revalued the price to $35 that year.

During that same period, from August 1971 to Jan. 17, 2020, the DJIA has appreciated in value by 4,038.82 percent. In the half-century since Richard Nixon defaulted on the U.S. promise to redeem dollars for gold at $35 per ounce holding gold has proven to be superior to investing in the stock market.

Gold is an excellent hedge against deflation as well as inflation.