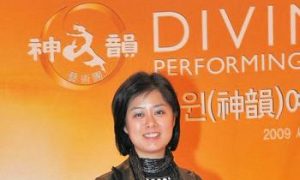 Actress: I 'lost the sense of time' While Watching Divine Performing Arts
0 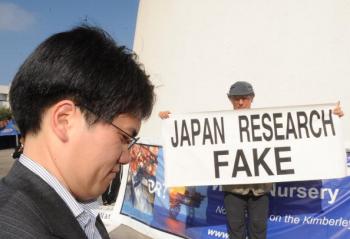 A member of the Japanese delegation as he arrives for the opening of the International Whaling Commission (IWC) meeting, June 21, 2010 . (Abdelhak Senna/AFP/Getty Images)
World

Secret whaling deals between Australia and Japan may have been revealed in new US diplomatic cables published by WikiLeaks.

If true, the cables show that as late as February 2010, Australia was willing to reach a compromise with Japan over whale hunting, even though the government was moving to bring Tokyo before an international court, and publicly calling for a ban on whaling at the same time.

According to Fairfax newspapers, the documents show David Williams, the former chief of staff of then-environment minister Peter Garrett, told the United States that Australia could accept the deal. At the time, Mr. Garrett publicly rejected the idea of negotiating with Japan on coastal whaling.

The deal would have seen the whaling ban overturned, on the condition that Japan reduced its scientific research program, which is thought to be a disguise for commercial whaling.

Instead it would have allowed Japan to take 5000 fewer whales over 10 years, while prohibiting killing of larger varieties like humpbacks and fin whales as well as hunting in waters near Antarctica.

Greens leader Bob Brown told 2CC radio in Canberra that he was disappointed but not surprised.

"It means Labor was looking at going along with the deal," he said. "The implication here is that if the Greens hadn't been there, Australia would have gone along with that deal and sounded the approval for the killing of thousands of whales."

According to the cables, the whaling deal was backed by New Zealand and the U.S. before the International Whaling Commission (IWC) talks in mid-2010. The compromise was eventually turned down at the IWC meeting.