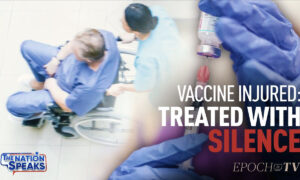 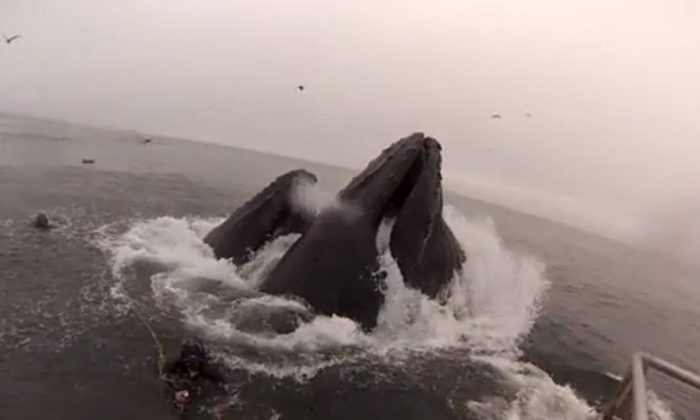 A screenshot of a YouTube video shows the whales and the divers.
US

A pair of humpback whales nearly swallowed a group of divers off the coast of central California, according to stunning new footage posted online.

The whales are shown with their mouths wide open while several people in wetsuits float in the water near Souza Rock, according to the uploader of the video, Shawn Stamback.

The whales come up to the surface just a few feet away from where the divers were swimming.

“You’re going to have to do more to clean that wetsuit,” says one of the divers.

Humpback whales consume mostly krill and small fish and due to their baleen teeth, it would be nearly impossible for the massive animals to “eat” a person.

The whales can weigh as much as 50 tons.

The video was posted on YouTube on Saturday and includes underwater footage of fish apparently swimming away from the whales.

Smithsonian Magazine pointed out in a February article that it is possible for a whale to swallow a person entirely–but it would likely have to be a sperm whale, which eat large squids. But such incidents are extremely rare, the magazine says, pointing out there was a story of s sperm whale eating a diver off the Falkland Islands more than a century ago.