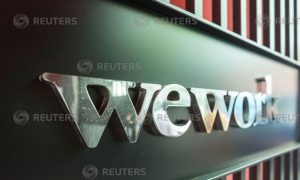 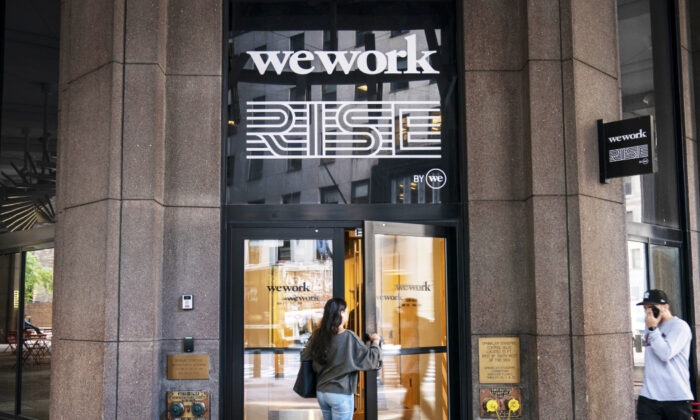 WeWork is formally withdrawing the prospectus for its scrapped initial public offering, capping a botched effort to go public that cost its top executive his job.

“This puts an official pause on our process of becoming a public company,” Artie Minson and Sebastian Gunningham, who took over last week as co-chief executive officers of WeWork parent We Co., said in a note to staff Sept. 30. “Rest assured, WeWork will become a public company, but we can only IPO once and we want to do it right.”

The withdrawal ends a turbulent process that turned one of the most hotly anticipated IPOs into a cautionary tale of the public market’s reticence to pay up for an unproven business model. Co-founder Adam Neumann stepped down as chief executive officer last week after concerns about corporate governance and the money-losing startup’s aggressive growth.

New York-based WeWork, which leases and owns spaces in office buildings and then typically rents desks to customers ranging from startups to corporations, has raised more than $12 billion since its founding nine years ago and has never turned a profit. The company had been targeting a share sale of about $3.5 billion in September, people familiar with the matter have said.

But the IPO plans filed in August were met with a blistering reception from some. Triton Research Inc. Chief Executive Officer Rett Wallace called the company’s prospectus a “masterpiece of obfuscation,” saying it obscured key details needed to understand the economics of its business.

The path toward a public listing took a left turn two weeks ago when the company said it would delay its IPO but committed to completing the offering this year. For the next week, Neumann faced mounting pressure from board members and investors. By early Oct. 1, he and the board had agreed he would step down. During a conference call, he cast his vote against himself, knowing the outcome was already determined.

SoftBank Group Corp., the rental office company’s biggest investor with a 29% stake including its affiliates, pressed WeWork to postpone the stock offering, people familiar with the matter have said. The Japanese conglomerate has invested about $10.7 billion in WeWork since the start of 2017 and holds two board seats. A funding round led by SoftBank earlier this year valued WeWork at $47 billion, but financial advisers had said recently that it would likely only fetch about a quarter of that.

“While this may feel disappointing, the leadership team and our board have decided to take a step back to assess where we are as a company,” the co-CEOs said in the internal note Sept. 30. “These past few months have not been easy, but our team has been incredibly resilient. We are now focused on improving our core business—balancing expansion with a focus on profitability.”

WeWork will likely postpone the offering until next year, Bloomberg reported last week. The delay sidelines what was expected to have been the second-biggest IPO in the U.S. this year after Uber Technologies Inc. and also threatens a $6 billion credit financing that was contingent on a successful offering. The credit facility will be unwound if the IPO doesn’t happen this year, a person with knowledge of the matter has said.

After having lost $900 million in the first half of this year, WeWork is planning on selling three businesses it acquired in recent years, according to people familiar with the matter, as well as a $60 million Gulfstream jet bought for Neumann to use on company business. The company is also exploring job cuts that would number in the thousands out of a staff of more than 12,000.

WeWork is in talks with investment banks about a new $3 billion loan, which would also be contingent on raising a substantial amount of new equity, people familiar with the matter told Bloomberg Oct. 1 A likely source of that equity infusion is SoftBank.