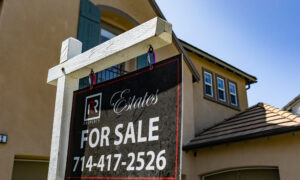 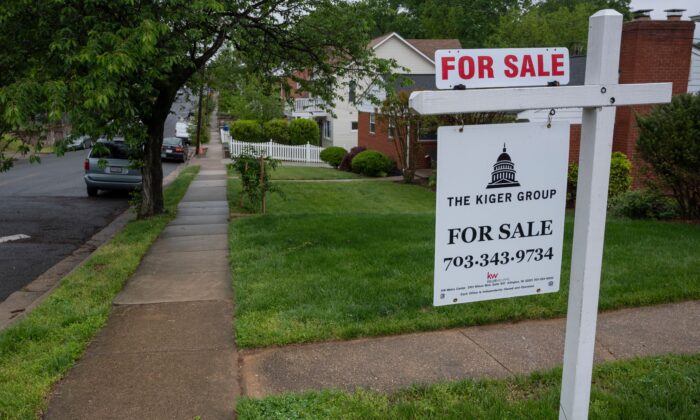 A for sale sign in Arlington, Va., on May 6, 2020. (Andrew Caballero-Reynolds/AFP via Getty Images)
Southern California

Western US Home Prices up 19 Percent Since 2019

Home prices across the Western U.S. continue to skyrocket.

The median price for a single-family home in the region reached $502,300 in May, according the National Association of Realtors. It represents an increase of $81,000—or 19.2 percent—from the 2019 median price.

Unsurprisingly, home prices in the West are up 17.7 percent from the year-ago levels of May 2020, when the U.S. economy was in its third month of government-mandated lockdowns amid the pandemic. Many Americans were scared not only about job security, but also whether they would be able to find essential household items.

However, the median transaction price for a single-family home in the western half of the U.S. (including Hawaii and Alaska) is now 19.2 percent higher than it was in 2019, when the U.S. economy was very strong and there was still little economic concern about the following year’s national elections.

Data provided by economics professors at Chapman University in mid-June during their semi-annual economic update showed that more than 250,000 Californians left the state in 2020.

We know that many of those people moved to Arizona, Utah, and Idaho, where home prices increased substantially during the pandemic.

Work from the Chapman University economists points to a heavy regulatory regime as one of the leading explanatory variables for where domestic immigrants move from, while a light regulatory regime dictates where they move to.

Citing data compiled by George Mason University, the Chapman University economists said a typical state has about 100,000 regulatory statutes on the books. California, they said, has some 360,000.

Work from the Santa Monica-based Milken Institute showed that people also consider available outdoor activities when deciding where to live.

This would have made Utah, Idaho, and Nevada all strong candidates. Two Oregon cities boasting plenty of outdoor activities, Bend and Grants Pass, were ranked by Milken as the top-performing small cities in America.

The median home price for a single-family home taken across the entire U.S. reached $376,000 in May, an all-time high, according to the National Association of Realtors. This was up 21.2 percent from the median price of 2019 and up 17.5 percent since May 2020.