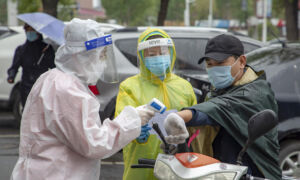 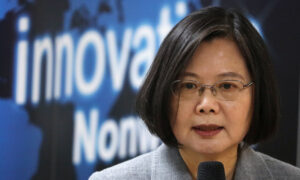 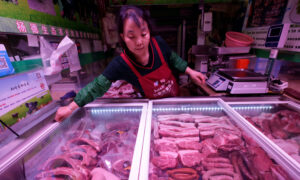 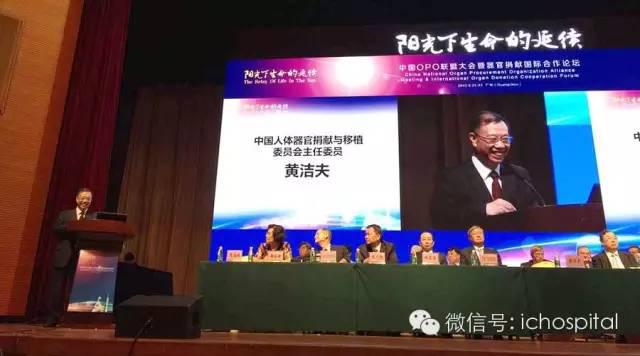 This analysis was originally dispatched as part of Epoch Times’ China email newsletters. Subscribe to the newsletters by filling your email in the “China D-brief” box under this article.

Over a week ago transplant doctors from around the world went to China to give a ringing endorsement of the supposed reforms of China’s organ transplantation system, endorsements that seemed unencumbered by evidence to support them.

The key change was, according to Huang Jiefu, China’s organ transplant czar, that China would completely cease using the organs from executed prisoners for transplants beginning on Jan. 1, 2015. (Since the 1990s the Chinese authorities have relied on death row prisoners, and prisoners of conscience, as their overwhelming source of transplant organs. They admit to the former though not the latter.)

The only problem is that there is no actual evidence that such a reform has taken place. There is certainly no new law to enforce it. There are even countermanding statements by Huang Jiefu himself, and other officials, indicating that prisoners can actually “donate” their organs—as long as they give consent.

We reported on the impending meeting in Guangzhou last week, before it was held from Aug. 21-23. Since then, news has emerged about what actually took place.

While we have yet to see any institutional backing for their comments, the remarks made by Western transplant surgeons and experts in China, according to Chinese media reports, may prove to be an embarrassment in the not-too-distant future, if it becomes clear that the promise to cease using prisoner organs is no more than a mere promise.

Here is a sampling of the remarks made by some of the most prominent transplant officials in the world, according to a comprehensive account in Headline News.

“I remember many years ago when professor Huang Jiefu at an international forum told everyone that China would cease using organs from death row prisoners, and would become a whole citizen donation system. To tell you the truth, at the time I really didn’t know whether that would happen in China. Today, we’ve seen it. It’s true.” — Jose R. Núñez, World Health Organization

“10 years ago I came to China to participate in Rockefeller Foundation-sponsored China Medical Board activities, and came to understand the difficulties and obstacles of organ transplantation in China. Today they have all been overcome, one by one. Today we face this newborn baby; how are we going to raise it? Its nutrients will be “openness, transparency.” Organ donation and transplantation will have a long journey under the light of transparency.” — Francis Delmonico, executive director of the Declaration of Istanbul Custodian Group

“The progress of China is the progress of world organ transplantation. The achievements China has gained due to the powerful leadership of professor Huang and the support of the government.” — Philip O’Connell, president of The Transplantation Society

Or perhaps the officials have fallen victim to the Chinese Communist Party’s famous reality-distortion field, where the rules are thrown out the window when it comes to China. The business community did this, investing vast amounts of capital and technology only to find they were being hacked and their secrets stolen, so domestic competitors could open shop and take their market.

The Party also has an extensive bureaucratic apparatus focused just on crafting relations with foreigners, providing to visiting guests and dignitaries precisely the narratives they desire, however much they fail to reflect reality.

In this case, we can suppose that the narrative relates to the importance of international support in helping the reforms of courageous folk like Huang Jiefu (the Party’s Barbarian Handler Number One on the transplant issue), who need to face down a naughty public security system that went a bit overboard in using prisoner organs.

Neither the foreigners being deluded nor their being co-opted by a beguiling narrative will be flattering for the foreign guests.

China’s transplant system is one that is credibly accused of having murdered at least tens of thousands of prisoners of conscience (primarily practitioners of Falun Gong, though also of Uyghurs), so that their organs may be sold for profit. Experts say that in most cases the organs would have been harvested while the victims were still alive.

Western doctors are now endorsing pseudo-reform to such a system while ignoring all indications of mass murder by their Chinese surgeon peers. Shameful episodes like this often receive the most burning of moral condemnations in the light of history.

The most that foreigners can hope to achieve in dealing with China is to remain foreigners, and let the Communist Party work out the rest: foreign transplant groups should stick to their principles, insisting on all of the World Health Organization’s Guiding Principles on ethical organ transplant policy, and demanding verification that the reforms are actually put in place.

This would mean not playing pal with Huang Jiefu, but instead allowing him to transmit the pressure all the way back up the line. Only decisions at the top of the apparatus can bring about a genuine change in organ transplant policy, rather than the papier-mâché result we now see.

The Chinese Communist Party, ever insecure of the basis of its rule, craves international legitimacy. Let them work hard for it.