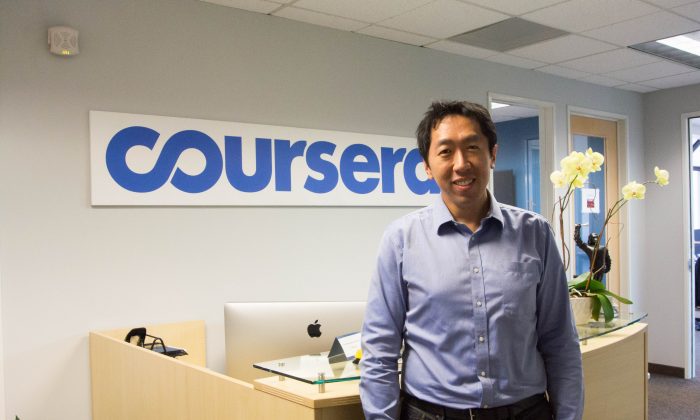 Mountain View, Calif.—Online teaching platform Coursera launched a partnership program with Chinese website NetEase (163.com) Tuesday. The partnership will allow students in China to have easier access to hundreds of college-level courses from prestigious universities around the world.

MOOCs provide a platform for interaction between students, professors, and assistants through the web, and Coursera employs the technology on a global scale.

“The majority of Coursera users are actually from overseas, 20 percent are from Asia,” Coursera co-founder Andrew Ng explained. “But we don’t have a lot from China, because the network connectivity is slow.” In order to solve these problems, Coursera chose to team up with NetEase, a popular Chinese network company and a web portal.

“We are working with NetEase, in order to store copies of our lecture videos locally in China,” Ng said. “Now that students in China can download the videos for our courses directly from NetEase rather than having to access our service overseas.”

Starting Monday, Chinese students can find all of Coursera’s content translated into Chinese through NetEase.

Last month, Peking University in China provided six courses to Coursera, one of which is already available with subtitles in English.

An Aid to Universities

The emergence of MOOC is putting pressure on traditional higher education. Some predict it will even replace universities. Ng, who teaches in person at Stanford, does not think so.

“Great conversations with your favorite professor or great advice from that professor would change a student’s life,” Ng said.

Ng recalled the mentoring he had from his favorite professors when he started university. “I am still incredibly grateful to them,” he said.

However, Ng believes MOOC can act as a facilitator between students and professors.

“The reality is, professors have been spending his or her time giving the same lecture year after years in content preparation,” Ng said. “So we would like to do is use technology to free up that professor from a lot of the routine concept of their job. [This way] they have more time in the future for those amazing conversation with future students.”

“Coursera today has about 450 courses, whereas universities like Stanford have 5000, so we still have a long way to work to build up the curriculum on the platform,” Ng said. “We want to make our software better, much easier to use. We are in the process of inventing. … We want to do a lot of work to improve online teaching.”