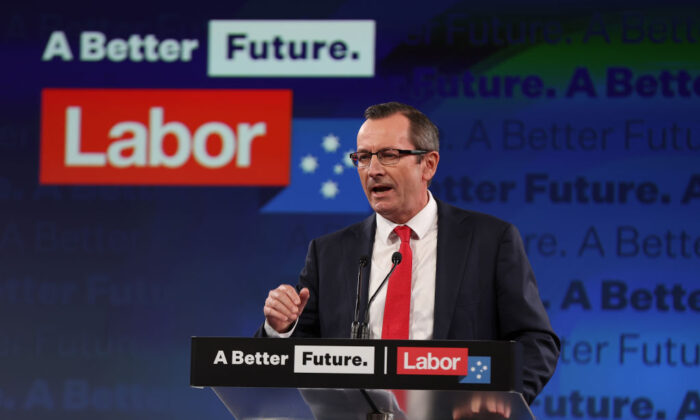 The state opposition and experts in public affairs are calling on Western Australia’s (WA) Labour government to increase its spending to tackle the healthcare and housing crises after the state reported a $5.7 billion (US$3.92 billion) budget surplus in the 2021-2022 financial year.

While confirming the surplus and announcing the state budget for 2022-2023, Premier Mark McGowan said he suspected other state governments would be “green with envy.”

“Despite the recent spread of COVID-19 in Western Australia, revenue growth is strong and underpinned by elevated commodity prices and GST reforms,” analyst Anthony Walker said.

“We could raise the ratings within the next one to two years if it continues to achieve strong financial outcomes.”

Nevertheless, critics are pointing the finger at the WA government for unresolved healthcare and housing problems.

“How can this be? When we have a crumbling health system and a housing crisis,” Davies said.

“You can’t have multi-billion dollar surpluses two years in a row and not share the wealth of the nation with Australian households struggling to make ends meet.”

The Australian Medical Association’s WA President Mark Duncan-Smith welcomed the state’s $252 million injection to redress the problem; however, he did not expect immediate results to come soon.

Dr. Duncan-Smith noted that the state ranked last of all Australian jurisdictions in terms of hospital beds per capita and said that reopening another 430 beds would make a change.

To alleviate the burden of the public hospital system, WA needs to provide another 500 beds, which is equivalent to building a new tertiary hospital, said Dr Duncan Smith.

In the meantime, the state government will set aside $1.6 billion to respond to COVID-19. Out of the amount, $635 million will be spent on rapid antigen tests.

The premier said that, despite the government spending on pandemic measures, WA would repay $1.2 billion in public borrowing, bringing the state’s net debt to below $30 billion in 2022.

However, Shadow Treasurer Steve Thomas said McGowan broke a 2017 promise to pay down debt using half of the state’s iron ore revenue.

“Here again, we have a massive budget surplus but no plan for economic reform and an inadequate debt repayment program,” he said.