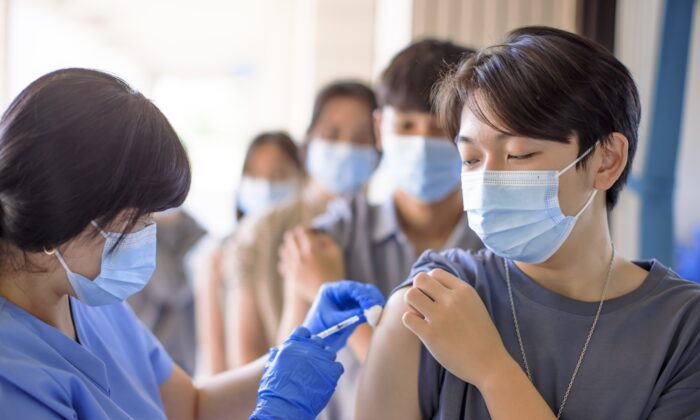 Curtin University,  the largest university in Perth, Western Australia (WA) by total number of students, has mandated vaccination requirements for all staff, students, campuses, and activities.

A letter sent by Curtin Chief Operating Officer Fiona Notley to students on Feb. 10 revealed the university was aware that the new directives might be considered contentious by some.

“While we know this is potentially controversial, this decision is part of our strategy to counter the impact of COVID-19 and protect the health and safety of the University community,” Notley said.

Curtin is the second university in WA to enforce the requirement, after the University of Western Australia released similar requirements from Feb. 7.

While WA has one of the broadest proof of requirements in the nation, the state government has not mandated vaccination for universities.

The statement also explained the decision was made after consultation with staff and the student guild, a representative body elected by students. However, Curtin did not mention whether students themselves were surveyed or consulted in the process.

“The decision was made following a period of engagement with the Curtin Student Guild and our staff. Feedback from the Guild, who represent all students on campus, and our staff, was strongly in support of requiring vaccination as a crucial way of protecting the health, safety and wellbeing of our community,” Notley continued.

“In Western Australia, students who wish to attend a campus or facility, or to participate in a University activity involving physical interaction with others must provide Curtin with evidence they have received at least one dose of an approved COVID-19 vaccine by 21 February and a second by 21 March 2022.”

Students will also be required to receive a third booster dose within one month of being eligible. Currently, booster doses are to be taken three months apart, meaning students may eventually be required to get vaccinated between three and four times per year to remain enrolled.

“Thank you to all those who have already been vaccinated. I encourage anyone who has not done so to be vaccinated by the relevant deadlines,” Notley said.

As of Feb. 11, the state recorded 482 active cases, with just under half the 16-and-over population already receiving their third dose.