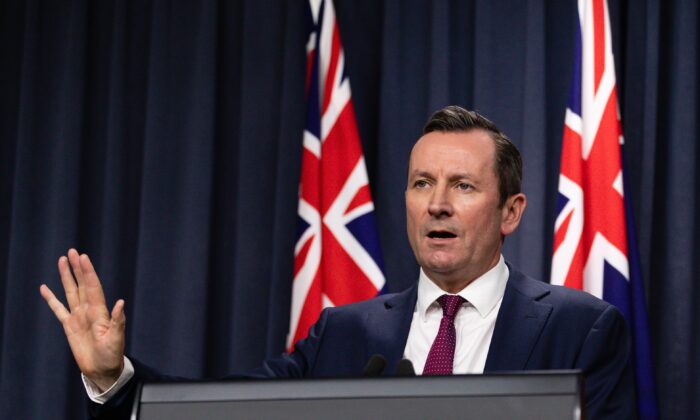 An offer to resolve the defamation proceedings between Mark McGowan and Clive Palmer last year was rejected by the billionaire, a court has been told.

Federal Court Justice Michael Lee is set to determine costs arising from the trial after finding Palmer and the West Australian premier had defamed each other.

Judgment will be delivered later on Thursday after both parties argued they should largely bear their own costs.

Justice Lee last week found neither man had valid defences for a series of defamatory public statements in 2020 when they feuded over Western Australia’s COVID-19 response and a damages claim involving one of Palmer’s mining projects.

He ordered Palmer to pay $20,000 to McGowan, who was in turn directed to pay $5000 to the Queensland businessman.

The judge noted there was a “glaring disproportion” between the damages awarded and the considerable cost of the legal proceedings to both Palmer and WA taxpayers, who are set to foot the bill for the premier’s involvement.

Acknowledging that “both parties had gone too far” and were unlikely to win outright, they proposed discontinuing the proceedings with both sides bearing their own costs.

The proposal was rejected by Palmer.

His lawyer Barry Dean said the offer had been made late in proceedings and would have deprived his client of the court’s vindication.

“The main point is that ultimately my client did succeed on his claim,” Dean told the court.

“(He) is entitled to say he was awarded more than nominal damages … in my submission, such a finding from the Federal Court is significant.”

“It’s hugely in the interests of society and the administration of justice that there be nothing to discourage settling the case,” Walker said.

Justice Lee agreed the offer should be an important consideration when determining the distribution of costs.

“One party made an effort to resolve it, and the other party didn’t respond,” he said.

The judge accepted it was Palmer who had launched the proceedings, and McGowan’s cross-claim was largely defensive in nature.

Palmer sued the Western Australian premier in 2020, claiming the premier’s public comments—including labelling him an “enemy of the state” —had damaged his reputation.

Justice Lee found while the insults against Palmer could not be considered trivial, they ultimately caused very little damage to his reputation.

Meanwhile, Palmer’s attacks on McGowan had probably only enhanced the premier’s reputation and popularity within his home state, the judge said.

Justice Lee expressed frustration in his findings that the matter had taken up so much of the court’s time and resources.

“The game has not been worth the candle,” he said.