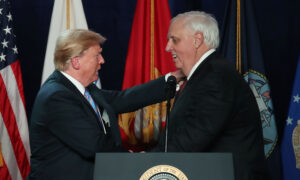 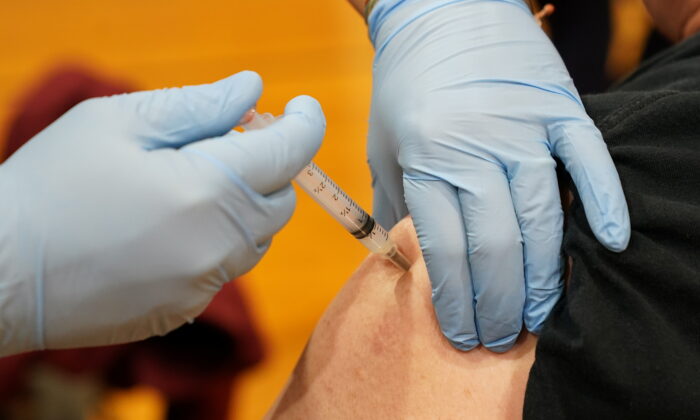 A man receives a boost dose at a COVID-19 community vaccination event, as West Virginia's vaccination rate ranks among highest in world, in Martinsburg, W.Va., on Feb. 25, 2021. (Kevin Lamarque/Reuters)
AMERICA

Officials learned that 70 facilities across the state had not reported all of the COVID-related deaths at their facilities, Gov. Jim Justice said during a press conference.

That included people who died at their homes and died in hospitals.

“Now, I promise you this, that this kind of stuff is totally unacceptable to me, and I’ll dig and push our people to dig in every way to get to the very, very bottom of this. I’m really sorry,” Justice, a Republican, said.

“It just makes me sick,” he added later.

Dr. Ayne Amjad, West Virginia’s top health official, said the state was alerted to the deaths late Friday. Most of the facilities that failed to fully report the deaths are hospitals and nursing homes.

A system is in place for facilities to send notice of COVID-related deaths to the state. “We are very disappointed that these facilities have not done this accurately to us,” Amjad said. “To us, this is extremely unacceptable because we are also trying to keep track of every West Virginian, individually and properly in the state.”

Officials found the discrepancy when they saw the state death data and the number of death reports did not match.

Justice begins each of his briefings by describing people who were recently counted among those whose deaths are believed to involve COVID-19, the disease caused by the CCP (Chinese Communist Party) virus. He did so on Wednesday before disclosing the unreported deaths.

According to the state’s health department, 2,330 deaths have involved COVID-19. That does not include the 160 disclosed in the briefing.

Officials also discovered 27 unreported deaths in November 2020. Amjad said the fatalities were on death certificates but not on death reports.

Filling out death reports is required and “it’s mind-boggling that people don’t,” Amjad told reporters on Wednesday, describing it as filling out a single sheet.

Officials declined to say whether any of the facilities would be penalized for failure to report.

Justice rolled back some virus-related rules last week, citing a drop in COVID-19 deaths as one of the reasons.

West Virginia has seen 129 such deaths for every 100,000 residents, according to the Centers for Disease Control and Prevention. That’s around the middle of the pack when compared to other states.

The state has been widely praised for its vaccination efforts. Over 219,000 people have been fully vaccinated, according to the latest update, with another approximately 127,000 getting one shot so far.