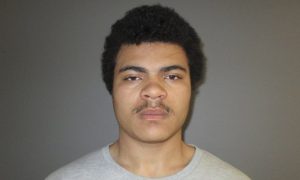 A teen from West Virginia pretended to be heartbroken on Twitter after her friend’s death after she killed her, it was reported.

rest easy skylar, you’ll ALWAYS be my bestfriend. i miss you more than you could ever know. pic.twitter.com/g6UaDf9Vfb

Officials have said that Eddy and her friend, Rachel Shoaf, lured Neese to a wooded area and stabbed her to death. They both counted to three before doing it, ABC reported.

On July 4, 2012, two days before her death, Neese wrote on Twitter: “It really doesn’t take much to [expletive] me off,” and, “Sick of being at [expletive] home. Thanks’ friends,’ love hanging out with you all too,” ABC reported.

Neese was presumed missing for several months until Shoaf confessed to the murder.

As Shoaf confessed, she told police that they killed Neese because “we just didn’t like her.” They plotted her death in science class.

“We asked Rachel, ‘Why did you guys kill Skylar?’ And her only answer to that was, ‘We just didn’t like her,'” State Police Cpl. Ronnie Gaskin told the broadcaster.

After Neese went missing and at the time Shoaf admitted the crime, Eddy posted tweets.

She regularly tweeted about watching TV, school, homework, and her friendship with Shoaf.

“No one on this earth can handle me and rachel if you think you can you’re wrong,” she tweeted.

we really did go on three

they say you remember the past better than it really was

Two weeks later, she appeared to allude to murder with a cryptic tweet that read, “We really did go on three.”

She also wrote, “They say you remember the past better than it really was.”

Eddy was arrested on May 1 in connection with Neese’s murder.

Both Shoaf and Eddy were convicted of murder. Eddy, who is now 23, is serving a life sentence while Shoaf got 30 years in prison.

They remain incarcerated at the Lakin Correctional Center in West Virginia.

The Neese family turned the place where their daughter was murdered into a makeshift memorial.

“Something horrible happened here,” Neese’s father Dave Neese told ABC. “But I wanted to take the horrible thing that happened here and try to turn it into something good—a place that people can come and remember Skylar and remember the good little girl that she was, and not the little beast that they treated her like.”

Neither teen should have gotten leniency, he said.

“They’re both sickos, and they’re both exactly where they need to be: away from civilization, locked up like animals. Because that’s what they are, they’re animals,” he said, according to CrimeOnline.

The violent crime rate dropped by 74 percent between 1993 and 2017, according to the BJS’s NCVS, which takes into account both crimes reported to the police and also those that were not.