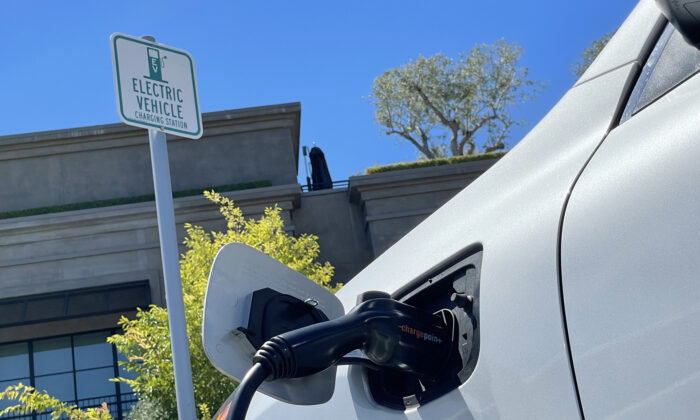 A Washingtonian who was stranded on their way to Davis, West Virginia, found some unexpected helpers: coal miners.

The resident, who was not identified, was heading to Davis for a getaway weekend that was around 170 miles from home. However, the car broke down right in front of a Mettiki Coal mine just several miles from Davis.

Five coal miners were called to help the driver afterward.

“Someone called one of our foremen and told him a car was broke down in the middle of our haul road. He went to investigate and found out they had indeed run out of juice coming from DC to Davis for a getaway weekend. He then went back to the mine and got guys to push the car to the guard shack so they could plug in to charge,” he wrote.

The miners pushed the car to the guard booth because they couldn’t pull it as it was all plastic underneath and there was nothing to hook up to.

It was also impossible to find a tow truck as the place is “out in the middle of nowhere.”

“So here are five coal miners pushing a battery car to the coal mine to charge up. If you look closely you can see our coal stockpile and load out in the background. This just shows you coal miners are good people and will go out of their way to help anyone friend or foe,” Smith wrote in the social media post.

A survey conducted by Consumer Reports in July shows around a third of Americans would “definitely” or “seriously” consider buying or leasing an electric-only vehicle.

“The survey shows that there is clear interest among Americans in reducing costs for transportation and lowering their environmental impact,” says Quinta Warren, Consumer Reports’s associate director of sustainability policy.

However, there are several barriers that make Americans hesitant to buy an EV.

One of them is how many miles an EV can last after a full charge. More than half of Americans say concern about how far a full charge will take them has been holding them back from buying.

Besides the distance on a full charge, charging logistics is also a big concern for potential buyers, with six in 10 Americans say this is a major concern.

In particular, concerns for charging logistics are greatest among white and English-speaking Asian Americans at 67 percent for each group.