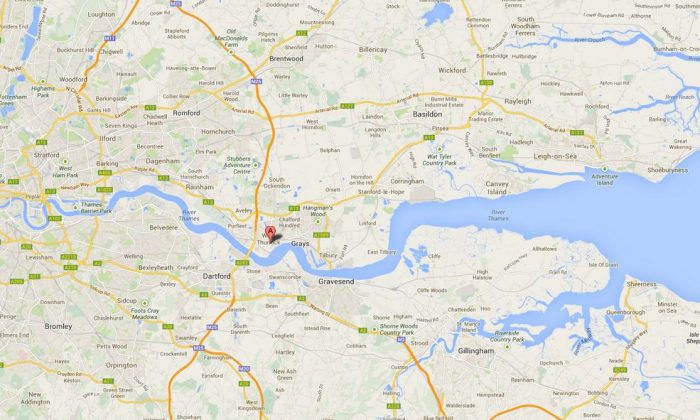 A Google Maps screenshot shows the location of the plant in West Thurrock, U.K.
UK

A chemical plant explosion in West Thurrock, Essex, in the United Kingdom was reported on Thursday.

UPDATE: Police said that residents do not have to stay indoors anymore, said ITV News.

Police told residents to stay indoors after a loud blast was heard at the Industrial Chemicals Limited plant, reported the Thurrock Gazette.

Crew members are on standby as staff investigate the incident.

Police told residents to stay indoors and keep their windows and doors closed, Sky News reported earlier in the night. The broadcaster said that residents in the city felt the ground and walls shake.

The plant is located on Stoness Road.

It is unclear if anyone was injured.

On Twitter, a number of users said they heard the reported blast.

“Anyone else heard the bang in thurrock?,” one user wrote.

“GUYS. WEST THURROCK ARE ON SKY NEWS! WOO, WE’RE GOING TO GET ATTENTION,” wrote another.