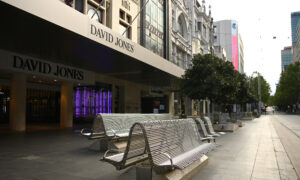 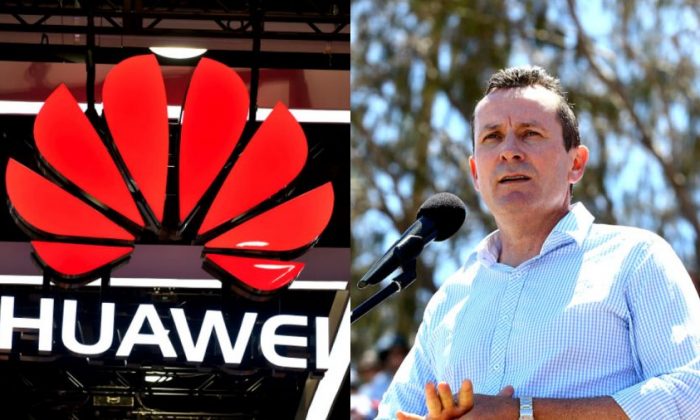 The government of Western Australia (WA) was warned of national security risks just days ahead of its signing a $136.1 million contract with telco giant Huawei for the radio systems of Perth’s rail network in July, Australian media have reported.

The WA Liberal opposition obtained documents under freedom of information (FOI) laws showing that WA’s Labor premier, Mark McGowan, had been told in a confidential memo on July 2 that the technology from Shenzhen-based Huawei posed security risks within the rail network, The Australian reported.

The memo raised concerns from the United States that Huawei’s equipment could be employed for surveillance by the ruling Chinese Communist Party, as well as the security risks that led to Huawei being banned from Australia’s national broadband network in 2012, according to The Australian.

European Commission Vice-President Andrus Ansip explained earlier this month that mainland Chinese companies have to cooperate with the ruling Chinese Communist Party and any requests from its intelligence services that may include backdoor entry into their products for use in espionage.

“The Huawei-UGL joint venture will design, install, and commission the service and maintain the new digital radio system for an initial period of five years from completion with options for a further five plus five years,” Huawei announced on its website on July 6.

“Unlike the analogue system, which only allows audio (i.e. voice) transmissions, the new digital system will also allow for the transmission of data, which is becoming increasingly important for train operations. It will also provide increased reliability and flexibility, allowing for a more efficient rail network and supporting plans for future expansion,” WA’s Public Transport Authority wrote on its website.

The 4G project is due to be operational by early 2021.

McGowan said that federal agencies didn’t find any issues that would justify stopping the project, The Australian reported.

Consequences Could Be ‘Severe’

“[The Department of Premier and Cabinet’s] concern was that technology provided by [Huawei] may not be able to support potential future uses of the network, particularly automatic train control (ATC) and public safety mobile broadband (PSMB),” Justin Court, a senior policy officer in the Office of State Security and Emergency Co-ordination, said in a statement, according to The Australian.

“The consequences of interference with ATC could be severe and the protective security of the network would need to be reconsidered to ensure these risks are appropriately managed.”

ATC will involve upgrades that will facilitate more punctual trains. PSMB is being developed for police and emergency services for use nationwide in cases of emergency.

A spokesman for McGowan also told The Australian that the ATC project would be separate from the 4G Huawei project.

“Any implementation of ATC will involve additional security measures,” he said.

“The government will ensure there is an appropriate level of security and that the ATC will not be compromised.

Opposition Leader Mike Nahan said McGowan has not explained why the WA government awarded millions to Huawei when it had already been banned from participating in networks in Australia, the United States, Japan, and New Zealand for national security reasons, reported The Australian.

In July, then Prime Minister Malcolm Turnbull said the WA state government had checked with the federal government before signing the contract.

“They certainly consulted with the Department of Home Affairs … but the decision to award the contract is obviously one for the WA government,” he told reporters in Tasmania on July 9, AAP reported.

“We don’t go into the security dimensions in any more detail than that.”