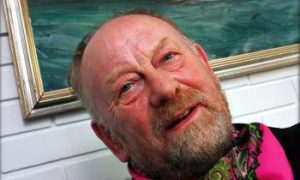 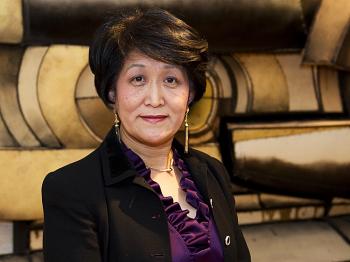 Wenyi Wang: Why I Protested Hu Jintao at the White House

Wenyi Wang
Print
On April 20, 2006, I interrupted remarks by China’s paramount leader Hu Jintao at a press conference at the White House with a simple protest: I shouted and held up a banner.

In my protest I shouted two phrases in Chinese. I first shouted “Stop the persecution of Falun Gong.” I did so to try to stop an atrocity then unfolding in China. We had learned that the harvesting of organs from living Falun Gong practitioners in China was accelerating.

On March 9, 2006, The Epoch Times had broken the story of how hospitals in China were removing organs from still-living Falun Gong practitioners in order to supply a booming transplantation industry.

After the story broke, I was assigned to work full-time on it. I am an M.D. in pathology and a Ph.D. in neuropharmocology. During this time I worked with witnesses to the organ harvesting on a daily basis. I am also a practitioner of Falun Gong.

Falun Gong is a spiritual practice that involves doing five simple meditative exercises and living according to the principles of truthfulness, compassion, and tolerance.

After Mr. Li Hongzhi began teaching this practice to the public in 1992, it rapidly became very popular in China—several Western news outlets reported in early 1999 that 100 million Chinese were practicing Falun Gong, or one in 12 Chinese.

This popularity scared then-paramount leader Jiang Zemin and he ordered that this peaceful practice be “eradicated.” A full-scale persecution began on July 20, 1999.

Prior to the persecution of Falun Gong there had been an extreme shortage of organs for transplant in China. China has no organ donor system as has been established in Western society. This is partly because the Chinese have a long tradition of keeping the entire body intact after death, which guarantees the dead person’s soul may ascend to heaven. Few relatives donate organs to their family members.

However, there was a significant increase in the number of transplantation operations after the persecution started in 1999. From two witnesses who escaped from China, we learned that Falun Gong practitioners were being held as a living organ bank and used in reverse organ-matching—they were being killed by the thousands so that their organs could be used for on-demand transplants.

Livers, kidneys, hearts, and corneas were removed from the living, anesthetized Falun Gong adherents with matching blood-types and sold to Party officials and other desperate-yet-wealthy individuals from China and abroad. Investigators’ phone calls to Chinese hospitals caught doctors boasting about this practice on tape.

David Kilgour, a former Canadian secretary of state (Asia-Pacific), and David Matas, an international human rights lawyer, have effectively detailed the evidence for the organ harvesting in their report and book, “Bloody Harvest.”

After The Epoch Times exposed this horror, the Chinese regime issued a directive that purported to call a halt to such organ harvesting by July 1 (in fact the organ harvesting has not stopped to this day). In response, doctors in China rushed to complete as many transplant operations as they could, urging patients to come to China for operations right away. We have recordings of phone conversations in which doctors did this.

With my protest, I hoped to bring international attention to bear on the atrocities of organ harvesting and of the persecution of which the organ harvesting is a part. I wanted to help end them.

I also wanted to do Hu Jintao a good deed. That day at the White House, the second phrase I shouted in Chinese was “karmic retribution.”

Chinese civilization has long believed that good deeds will be rewarded with good and evil will be punished.

No one can escape judgment for what one has done. The attitude of each person or nation to good and evil will bring good fortune or disaster to individuals and nations.

I wanted Hu Jintao to understand that if he continued the policy of persecution he inherited from Jiang Zemin, he would, like Jiang, face terrible consequences.

After her protest at the White House, Wenyi Wang resigned from The Epoch Times. Ms. Wang acted on her own conscience. The Epoch Times did not have advance notice of the protest and would not have approved of it if asked. Ms. Wang continues to raise awareness about organ harvesting from living Falun Gong practitioners in China.