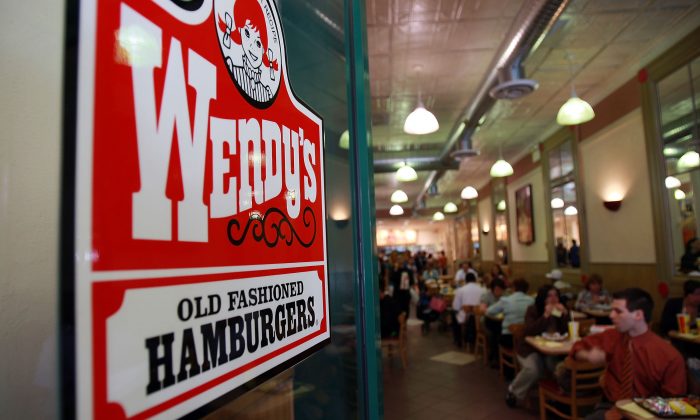 Wendy’s Says Some Menu Items May Be ‘Temporarily Limited’

Several of Wendy’s locations are out of beef, according to an analyst, amid shortages caused by the CCP virus pandemic.

Stephens analyst James Rutherford said that about 20 percent of Wendy’s restaurants are experiencing a shortage of meat.

Rutherford notes the shortages are worse in some parts of the country including Ohio, Michigan, and Tennessee, USA Today reported. He said that because Wendy’s has a “famous focus on fresh beef,” which has led to further shortages at restaurants.

Wendy’s, in a statement, said that there are U.S.-wide shortages of meat.

“It is widely known that beef suppliers across North America are currently facing production challenges,” said Wendy’s in a statement to MarketWatch. “We continue to supply hamburgers to all of our restaurants, with deliveries two or three times a week, which is consistent with normal delivery schedules. However, some of our menu items may be temporarily limited at some restaurants in this current environment. We’re working diligently to minimize the impact to our customers and restaurants, and continue to work with our supplier partners to monitor this closely.”

It comes as Costco and Kroger placed limits on the number of meat items that some customers can purchase at a given time.

Meat producers including Tyson Foods and Chinese-owned Smithfield Foods have both warned of shortages as meat factory workers get infected with the CCP (Chinese Communist Party) virus, a novel coronavirus, forcing companies to shut down plants.