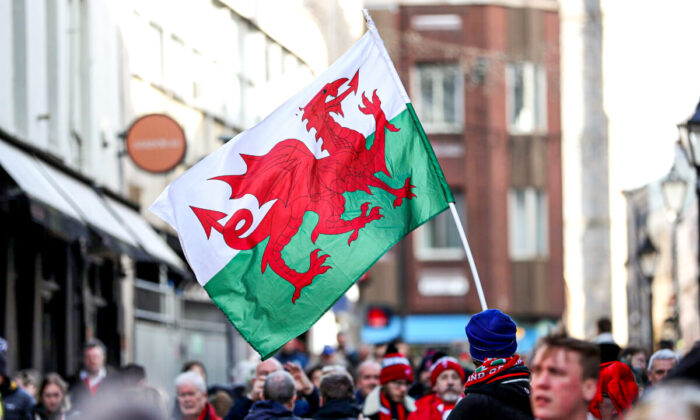 The COVID-19 restrictions in Wales have been significantly more stringent than those in Engand. (David Davies/PA)
UK

The strict COVID-19 restrictions adopted by the Welsh government are throttling recovery and economic activity in the region, a British minister has said.

Since the detection of the Omicron variant of the CCP (Chinese Communist Party) virus, which causes COVID-19, the Labour administration in Wales has imposed significantly tighter restrictions than those adopted by the Conservative UK government, which is responsible for public health in England.

In a discussion on Welsh affairs in the House of Commons on Wednesday, Conservative MP Stephen Crabb said Wales faces “the most burdensome and most intrusive restrictions in any part of the United Kingdom.”

He asked the UK government’s Welsh Secretary Simon Hart if he agrees that “these measures are driven more by fear and pessimism than by good science.”

Hart concurred, saying that the tighter controls in Wales have not produced better results than in the rest of the UK, and that “it is throttling the recovery and it is throttling economic activity.”

While there is guidance in England recommending the people work from home if they can, the Welsh government said it would hand out fines to employees who go to work when they could work from home.

Asked about the cancellation of parkrun events, Hart said it seems “mystifying and bizarre” that “people in Wales can go to the pub but be fined if they go to their office, that they can watch rugby in a crowded club room but not from the touchline, and that they can have a gym session in their own property but not go and do a parkrun, which is known to have enormous health and mental health benefits.”

UK Health Secretary Sajid Javid said on Dec. 28 that he could not see the reason behind the strict restriction on outdoor events.

“Parkrun has helped so many people improve their health across the UK. I can’t see how restricting outdoor exercise in this way is justified or proportionate,” he wrote on Twitter.