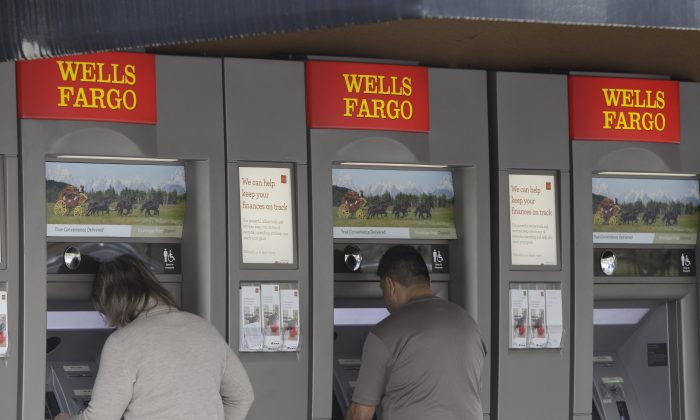 WASHINGTON—The CEO of Wells Fargo plans to apologize before a congressional panel for betraying customers’ trust in a scandal over allegations that employees opened millions of unauthorized accounts, moved money into them and signed customers up for online banking in order to meet sales targets.

In prepared testimony obtained by The Associated Press, Chief Executive John Stumpf says he is “deeply sorry” the bank failed to meet its responsibility to customers and didn’t act sooner to stem what he called “this unacceptable activity.” He testifies Tuesday before the Senate Banking Committee.

“I accept full responsibility for all unethical sales practices in our retail banking business, and I am fully committed to doing everything possible to fix this issue, strengthen our culture, and take the necessary actions to restore our customers’ trust,” according to the prepared testimony.

Wells Fargo has long been known for its aggressive sales goals, but the details and the $185 million fine that regulators imposed last week have singed the consumer banking giant’s reputation as a well-run, tightly managed company removed from the reckless conduct on Wall Street that stoked the financial crisis. Some 5,300 Wells Fargo employees have been fired.

The wide sweep of the strong-arm sales practices within the bank, which went on for years, has drawn attention from committees in both the Senate and House.

Lawmakers will likely press Stumpf on how much top executives knew about the misconduct that supported the high-pressure sales. Stumpf had been facing criticism after an interview last week in which he implied that retail banking employees were to blame, and his prepared remarks seem to indicate a shift in tone.

Stumpf, a 34-year veteran of the company, has been CEO since 2007 and added the chairman title in 2010. If he was unaware of the problems, critics could seize on that as evidence that Wells Fargo is too big and unruly to be properly managed. If he did know, they’ll want to know why he didn’t stop it.

“This was not the work of a few rogue employees over the course of a few weeks,” several Democrats on the Banking Committee wrote in a letter to Stumpf last week. “Wells Fargo had a long-standing, systemic problem created by stringent sales quotas and incentives imposed by senior management.”

In announcing the fine, regulators said Wells Fargo sales employees opened more than 2 million bank and credit card accounts that may not have been authorized by customers. Money in customers’ accounts was said to have been moved to these new accounts without their permission. Debit cards were issued and activated, as well as PINs created, without telling customers. In some cases, bank employees even created fake email addresses to sign up customers for online banking services, the regulators said. The bank sales staff had a goal of getting each customer to have eight different accounts with the bank—up from the prevailing average of six.

Under the settlement, Wells Fargo neither admitted nor denied the allegations. It later said it plans to eliminate the sales targets by Jan. 1.

Members of the Senate Committee may also press on whether Wells Fargo’s board will exercise its power to take back compensation paid to senior executives responsible for the sales program. One possible executive could be Carrie Tolstedt, who ran Wells Fargo’s consumer banking division. She announced in July her retirement from the bank this year. Tolstedt is expected to leave with as much as $125 million in salary, stock options and other compensation.

The panel also plans to question regulators from the Consumer Financial Protection Bureau, the Treasury Department’s Office of the Controller of the Currency and the Los Angeles City Attorney’s Office. Senators are examining their role in the debacle and why the sales practices went on for years before the regulators cracked down.