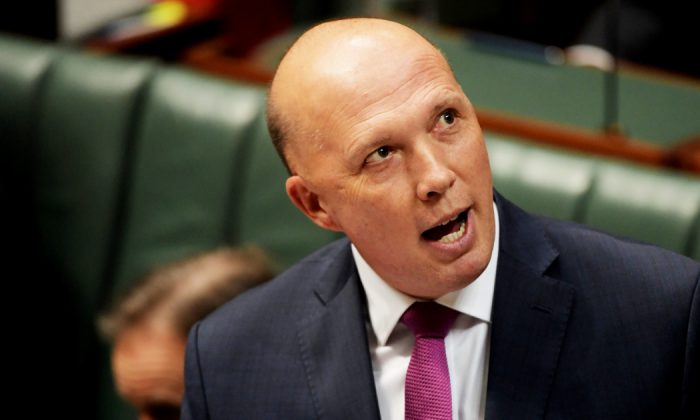 Peter Dutton has promised “far-right” and “far-left” lunatics will be dealt with after Australia’s spy chief warned about the growing threat of right-wing extremism.

Burgess said the extreme right-wing had been in ASIO’s sights for some time but came into sharp focus after the Christchurch terror attack last year.

The home affairs minister said an individual or organisation’s ideology was of no consequence to him or Australia’s security agencies.

“If somebody is going to cause harm to Australians, I just don’t care whether they’re on the far right, far left, somewhere in between, they will be dealt with,” Dutton told reporters on Tuesday.

“If the proliferation of information into the hands of right-wing lunatics or left-wing lunatics is leading to a threat in our country, then my responsibility is to make sure our agencies are dealing with it, and they are.”