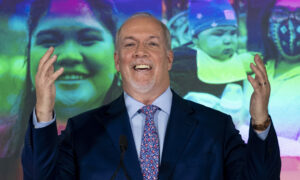 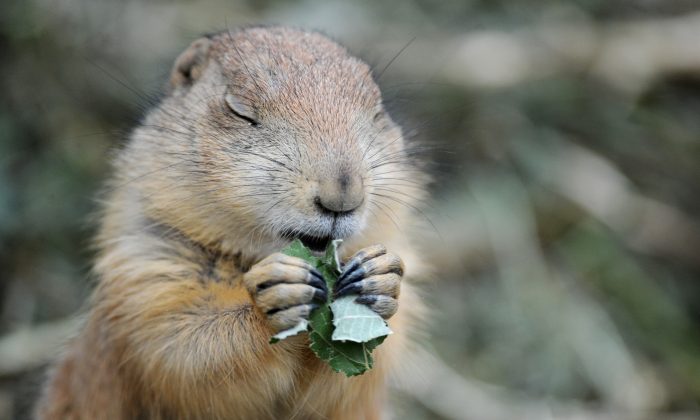 A prairie dog is a type of ground squirrel that is a common visitor to urban backyards in Canada. (Julian Stratenschulte/AFP/Getty Images)
Canada

Welcoming Nature While Protecting Our Homes From Wildlife

OTTAWA—When they are climbing trees or sniffing flowers in our yards, raccoons can be very cute to watch. But when they start eating our garbage, littering our lawns, or entering our attics, “annoying” tends to become our nicest word for them. The question is, how do we make them stop?

On April 11 at 7 p.m., the City of Ottawa invites residents to learn more about how they can protect their homes from our furry neighbours.

Titled “Backyard Biodiversity: Welcoming nature into your yard, not your home,” this free event will be held in the Council Chambers at City Hall, marking National Wildlife Week (April 6–12) and the second of four Wildlife Speakers’ Series events the city is hosting this year.

Bill Dowd will be one of two guest speakers attending that evening. CEO of Skedaddle Humane Wildlife Control, the largest wildlife control company in Canada, Dowd has over 25 years’ experience in helping people deal with wildlife issues in their neighbourhoods.

The other guest speaker will be Sarah Kirkpatrick-Wahl, a conservation biologist at Nature Canada with experience in helping urban residents connect with nature.

While the speaking engagement will begin at 7 p.m., from 6 to 9 p.m. attendees will have a chance to learn more about Ottawa’s rich natural environment by speaking to representatives from a number of organizations from the region. Those present will include the Rideau Valley Wildlife Sanctuary, Canadian Wildlife Federation, Ottawa Field-Naturalists’ Club, and Nature Conservancy of Canada.

The city is giving the Wildlife Speakers’ Series a trial run this year aiming to increase public awareness of how to prevent and resolve wildlife conflicts.

In his introductory speech at the first Wildlife Speakers’ Series event held on Feb. 28, Nick Stow, a senior planner at the City of Ottawa, explained that most conflicts between humans and wildlife can be easily avoided. But whenever conflicts do occur, they can usually be resolved in a way that benefits both humans and animals.

“The key to that are knowledge, respect, and understanding for wildlife,” he said.

The city will host two more events this year. The next one, on June 24, will inform attendees about white-tailed deer. For more information on the Wildlife Speakers’ Series, visit Ottawa.ca or call 3-1-1.

Angelica Meira Costa is an Ottawa-based writer with a passion for wildlife and justice issues.