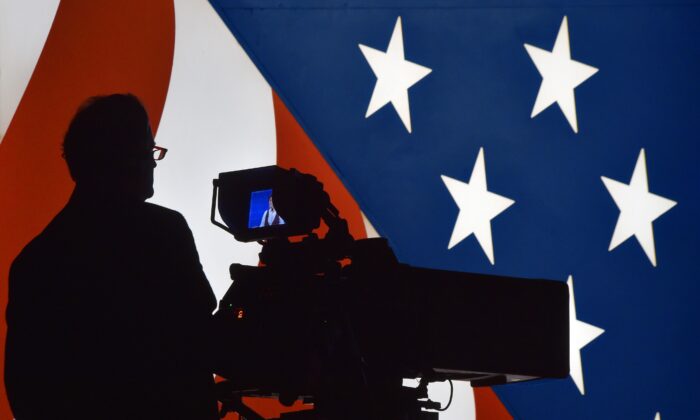 Welcome to the Spin Zone

The day the public impeachment hearings began in the House of Representatives, who magically appeared on MSNBC as a newly minted legal analyst? Andrew Weismann.

Weismann was the top prosecutor in former FBI Director Robert Mueller’s special counsel’s office that was heavily involved in almost all the prosecutions that were brought during its investigation, especially those of Lt. Gen. Michael Flynn, former Trump campaign chairman Paul Manafort, and former lawyer to Donald Trump, Michael Cohen.

Flynn’s lawyer, Sidney Powell, discusses Weismann’s questionable practices in her book, “License To Lie,” which focuses on his actions as a top prosecutor on the Enron Task Force back in the early 2000s.

Weismann left the special counsel’s office last March, shortly before Mueller announced the end of his probe. I don’t think it’s a coincidence that Weismann suddenly resurfaced on a news network shortly after the case he directed and built against Flynn began collapsing after evidence emerged of altered FBI FD-302 forms.

Flynn was the Mueller special counsel’s first prosecution, and the general’s conviction on a process perjury charge was a huge feather in the cap of all those involved in it. And now it is certainly beginning to look as if that successful prosecution could be reversed.

Andrew Weismann joining NBC as a legal analyst is just another sign that what I predicted months ago in an earlier column here at The Epoch Times is taking shape: a massive media spin campaign is forming to deal with the fallout of the coming DOJ Inspector General report on FISA issues.

Much of the massive public relations campaign to spin “Spygate” as the facts come out following the release of the Inspector General’s Foreign Intelligence Surveillance Act (IG FISA) report is going to focus on discrediting these three specific men:

At this point, the Spygate principals know these federal officials have collected more than enough evidence of their crimes, so their only shot at mitigating the fallout is to be on TV at the “news” networks so they can “explain” where Horowitz, Barr, and Durham are getting their dumb conspiracy theories that they are basing their investigations upon.

Yes, the same “journalists” who spent three years selling the Trump-Russia Collusion conspiracy theory to the country are about to begin loudly claiming it is AG Barr, IG Horowitz, and U.S. Attorney Durham who are proffering crazy conspiracy theories to justify their investigations into those who spied on the Trump campaign during the 2016 election.

No matter how much evidence is rolled out, these Fake News Media outlets are never going to acknowledge Russiagate was a hoax and Spygate is real.

The campaign to discredit Barr, Horowitz, and Durham as conspiracy theorists betraying their oaths and offices in the service of Trump’s personal vendetta against his political opponents has already begun.

Based on a leak—which very likely came from people who are hammered in the IG report, and therefore have a strong motive to tell lies that make them look like victims of a rogue IG’s office—the Washington Post’s Devlin Barrett reported:

Just four hours later, Barrett corrected the record, but note how he did it:

“Guess what! The IG now says witnesses will, in fact, be allowed to submit written comments, after witnesses were told they could not. Horowitz’s office is calling it a ‘clarification’ of their intent.”

Here’s what I suspect actually happened: Barrett was fed bad information by his anonymous sources, asked the IG’s Office if it had suddenly changed its longstanding policy regarding IG reports, and the IG’s Office refused to comment.

The Washington Post then published the inaccurate information and so the IG’s Office finally decided to respond in order to force the Post to correct the record.

Barrett and the Washington Post have just given us all a mini-preview of how this is going to go for the next several years.

The media will be posting stories and columns based on what their anonymous sources are leaking to them, and these reports based on lies or disinformation will continue to blow up in their faces, sometimes in just a matter of days or even hours.

Meanwhile, Barr, Horowitz, Durham, and other U.S. Attorneys whose names we do not yet know, will definitely not be relying on anonymous sources who are leaking to them off the record. Off-the-record anonymous sources or hearsay are not allowed inside courtrooms.

Instead, what I expect will happen, is that the DOJ, IG, and U.S. Attorneys will be holding press conferences where they will announce on-the-record unsealed indictments containing very real evidence with the intent to obtain convictions in courtrooms.

The fake news media propaganda machine will not be able to compete with the evidence. So it’s not really a mystery even at this early point who’s going to win this contest. And it won’t be the TV talking heads desperately trying to spin what everyone will be able to read and see for themselves.