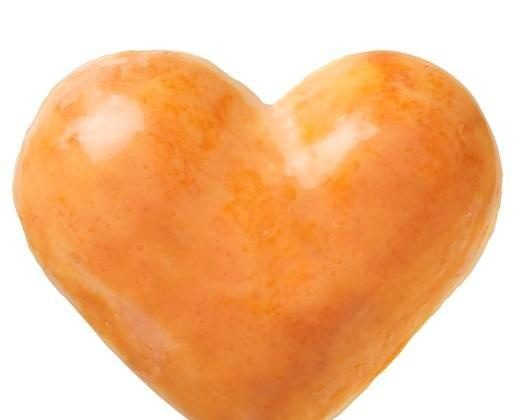 “Welcome to Dunkin’ Donuts. What can I get you?”

I shoved the Jeep into park, my excessive use of force a proper indicator of my lousy mood. I was hot. I was tired. I was frustrated with the state of humankind in general.

Six months into a new job and I was still struggling to understand the processes essential to my position. Earlier that day, I had a hefty portion of my backside handed to me by an unhappy client.

I pride myself on my professional abilities and every error and misjudgment is carried home and brooded upon. The client’s words still danced behind my eyes. “How could you make a mistake like this? We should have known about this days ago!” Still stuck in my throat was the retort I had choked back, “Who in their right mind has three different versions of a computer program in their training room? You people schizophrenic, or something?”

There was more eating at me than the job. As spring had come to a close, my family suffered the loss of a brother and, though the death had been expected, grief continued to hang over my heart like a morning fog that wouldn’t lift.

My tolerance for the small infractions of social behavior that make up modern life had bottomed out. Every slow driver, disinterested store clerk, and ill-tempered mechanical device unleashed a reaction from me that was out of proportion. I would have slugged Gandhi if he tried to get through the express lane with 11 items.

I contemplated telling the chipper voice on the speaker that she could get me a new mindset and a return to a generous nature, but I doubted they had that among the blueberry bagels and Boston crèmes. I ordered a strawberry smoothie and dutifully pulled ahead when advised.

There were two cars in front of me, one at the window having some sort of conversation with the cashier.

“Oh, come on,” I grumbled, “no chatting today. Just give me my damn smoothie.”

The first car pulled away and the one in front of me took its place. Again, there was much gesturing and back-and-forth between the car and the person inside the window.

“If they are doing a customer survey or something, I will pull her through that window and stuff her in the glove box,” I sneered.

After what seemed like time enough to negotiate the purchase of the entire franchise, the car before me moved on. I rolled into place, debit card in hand and a face of granite. Ain’t making nice with nobody today.

Then I looked at the young lady gazing at me from the other side of the split windows. She couldn’t have been 20 years old, with a vibrant swath of pink hair in her ponytail. But the dye job had nothing on the brightness of her eyes. They were shining. In fact…was she about to cry? Oh, what the hell…

“Okay,” she gasped out, struggling to contain her emotions. “I don’t know what to say…the people in front of you,” she gestured to the mini van negotiating a left-hand turn out of the lot, “they paid for your order.”

That stopped me dead in my miserable, self-absorbed tracks.

But she had more.

She stopped talking, putting the back of her hand to her mouth as the battle against the tears was being lost.

The whole idea of this kind of random generosity tried to settle into my blackened brain, but failed. It certainly didn’t jive with my current worldview. Society is populated with crabby, selfish creatures who don’t give a whit about each other. This doesn’t make sense, not today. It was like watching a black and white movie, but one person keeps showing up in full color.

I looked again at my benefactors, driving off in a nondescript, soccer mom van with a dented bumper. I had to close my eyes when the afternoon sun cleared a cloud and flooded my windshield with light.

The concept of the sweet act tried to crawl into my brain again, and failed again. ‘People do not do things like this. Not in this day and age,’ I mused. And yet, there she was, all nineteen years of her, breathing around her tears and beaming at me with pure joy.

When the reality of the moment planted a flag in my head successfully, it wasn’t because the reality had turned right side up. It was because my head had.

My debit card was still in my fingers, and a glance in the rearview mirror told me all I needed to know about the next few moments of my life.

“Then I’m paying for them,” I jerked my head behind me.

“Oh!” She took a step back from the window and put her hand to the top of her head, “There’s three people in that car!”

“Good,” I snapped with something that could have sounded like irritation, “I hope they’re hungry.”

She processed my card and looked at the receipt.

“Honestly, I’ve never seen anything like this. I don’t know what’s gotten into everyone today,” she said, shaking her head.

I took the offered cup and receipt and pondered the number at the bottom of the tally.