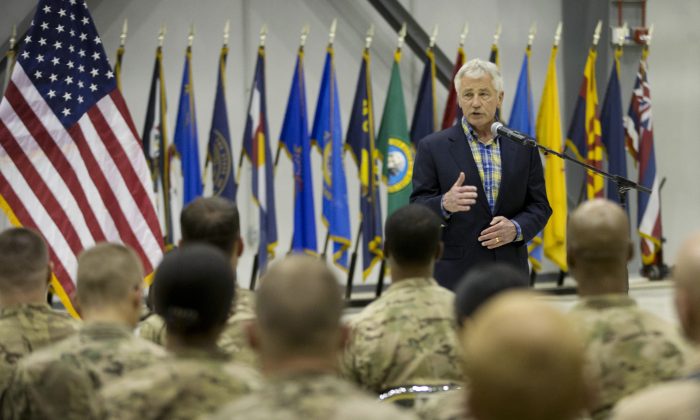 Two high profile Vietnam veterans take opposing views on Sgt. Bowe Bergdahl’s release from captivity Saturday. Both are grateful that Bergdahl has survived and will return home. But one of the famous former prisoners believes the Obama administration made a big mistake in trading Taliban detainees for an American soldier.

McCain endured horrific treatment in North Vietnam after he was captured in 1967. He spent 5 1/2 years as a POW. He was tortured, starved, and denied medical treatment. He was often tortured to persuade him to make a statement that he was being treated kindly, he wrote in 1973.

Famously, he refused his captors’ offer to release him unless all his fellow prisoners were released first. He wrote that if he had been released first, his captors would have told them America only cared about its big shots and was willing to abandon the enlisted men. He refused to meet with American antiwar delegations lest the North Vietnamese use the meeting for propaganda. His greatest concern, at that time and now, is that a prisoner could be used by the enemy in a way that harmed other Americans.

McCain wrote that when fellow prisoners who had already been released spoke publicly about their mistreatment, things changed for the remaining captives: they had better conditions. The North Vietnamese cared about how things looked to the world, according to McCain.

Bergdahl was held nearly as long as McCain. According to Secretary of Defense Chuck Hagel, the military will give Bergdahl “all the support he needs to help him recover from this ordeal, and we are grateful that he will soon be reunited with his family.” Critics speculate that Bergdahl deserted, but that is not substantiated. Hagel said in a statement, “Sgt. Bergdahl’s return is a powerful reminder of the enduring, sacred commitment our nation makes to all those who serve in uniform.”

Hagel is the first enlisted combat veteran to head the Department of Defense. Like McCain, he is a decorated Vietnam veteran.

Hagel thanked the Emir of Qatar for his help with negotiations. Qatar will accept the former Guantanamo prisoners, who must stay in that country for one year.

I wonder how much the Taliban cares about how things look to the world. If it does care, it might try to convince those released prisoners to beat their swords into plowshares.

McCain wrote, “I am eager to learn what precise steps are being taken to ensure that these vicious and violent Taliban extremists never return to the fight against the United States and our partners or engage in any activities that can threaten the prospects for peace and security in Afghanistan.”

The Obama administration has said the release was long negotiated as part of reconciliation process with the Taliban—bringing peace after America’s longest war.

But most of all, I am glad that one of our own is free. Welcome back, my son, my brother, my fellow American.